Originally published at: http://boingboing.net/2016/09/18/italy-on-the-verge-of-the-stup.html
After a string of high-profile cyberbullying and revenge-porn incidents, the Italian Chamber of Deputies has put forward a bill that will do nothing to prevent these abuses, and everything to allow for rampant, unaccountable censorship of the Italian internet, without rule of law or penalty for abuse.

So can anyone be a “victim” and request to take something down? I predict some very empty websites in Italy.

Dafter than the recent law they passed making vegetarians not force their diets on their children, punishable by fine and possible imprisonment. Italian law makers on the Prosecco?

Of course there’s no problem setting up fake accounts to do this anyway, so pretty lame. 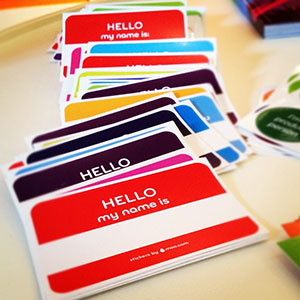 Get a whole new identity at the Fake Name Generator

The most advanced fake name generator. Generate random names, addresses, usernames, passwords, email addresses, and more. Use for software testing, social media, or anything else.

This is the country that sentenced some seismologists to prison after they failed to predict an earthquake, which is a good way to encourage experts to make predictions in future.

I can already see Donald Trump saying, “This sounds like a sensible law. We should do the same here.” Can you imagine a President Trump with a law like this to silence any critics?

Completely off-topic, but I’m amazed at how these films still make me laugh even eighty years after their release. They really were masters of comedy.

AFAIK the law is proposed not passed (same with the one discussed here) and it’s not vegetarian diets but vegan diets that are seen as problematic.

A view I can understand btw:
https://www.washingtonpost.com/news/morning-mix/wp/2016/07/11/italian-baby-fed-vegan-diet-hospitalized-for-malnutrition/

Meanwhile much of what passes for comedy these days is largely obsolete within 80 days (the scourge of “reference comedy”).

Read that myself but surely it’s the exception and not the rule, better education is far better than criminalising something like this.

The parents must be idiots to allow this to have happened and not remedy his dietary needs as any parent with the welfare of their child at heart would do, by consulting a doctor because he was so small and skinny for his age.

They must have noticed other babies from where they live or family members children and thought “Hey, some thing’s wrong here”?

I’m amazed at how these films still make me laugh even eighty years after their release.

The Marx Brothers did not exist within the standard human timeline. They were inexplainable, living OOPAs.

That is why they are so much bettr than, say, the Ritz Brothers.

Can you imagine a President Trump with a law like this to silence any critics?

No need to imagine what that he would be like.

No need to imagine what that he would be like.

I have to say that this is a proposed law, and if you see some of the laws proposed to be passed by the Russian Duma (usually put forward by mad nationalists) the wonder is that you don’t see Putin in a permanent facepalm.
[edit - I have removed part of this post because @toyg doesn’t like it, but I wish to make it clear that he has deliberately altered his citation of it below.]

I think your colleague meant south of Bolzano?

There have been a few vegans who starved or malnourished their kids - but because they had crazy diets beyond that fact. Non-vegans who have crazy diets who starve their kids isn’t even news.
These are perfect examples of the hazards of writing legislation based on what’s in the news.

… but that doesn’t imply that I think the proposed law is a good idea.

Hit the nail squarely on the head there, a normal ‘family’ not feeding their children properly or feeding them crap is no news at all.

helped someone transport and move a couch to one of his daughters (I had a van), well she was a bit plump to say the least and the child was about one and a half maybe two and a bit on the chubby side too.

Well at her request I drove Jeff to the nearest McDogshite and he bought them both a breakfast, I said BREAKFAST!

So this little girls first meal of the day was a fast food takeaway, I forgot fizzy drinks as well.

So would this young mother be accountable to the law for what she was doing to her child?