It's official: Andrew Yang launches third party with both Democrats and Republicans

It’s official: Andrew Yang is an attention-hogging tool, who doesn’t understand how US election system works.

Nobody should vote for this man or his dumbass, inevitably useless third party.

There ya go, just a couple tweaks needed!

Can you fix the part where nobody ever calls them on it now? Especially the media.

The only way for this to work would be if the USA used something like the Australian preferential ballot. Otherwise this “Forward Party” will be just another quixotic and futile exercise like Ralph Nader’s or Ross Perot’s efforts.

Meh. Ron Paul was always a fascist, just a really lazy one.

The problem with Yang (and I’m guessing many of the failed candidates who’ve joined him in this) is that he doesn’t actually understand what government does or how it works. So he thinks it’s easy and proposes overly-simplified solutions for difficult problems. Public policy is a specialized field that does actually require experience to do right.

We’ve just seen what happens when government is attempted by inexperienced outsiders: disaster. Even the things that 45 and his administration attempted that weren’t evil and self-serving failed in catastrophic ways and caused harm because they didn’t understand the process and parameters they were navigating. Even if Yang’s team managed to be less evil, they would still break things while fumbling around an unfamiliar system and discipline - and when you break things in government, you’re breaking people.

Forward is the name of a media outlet (that is over 100 years old). Maybe not the best name for a new party.

Those are all positions with 50% or more of popular support. That makes them centrist.

No. That is not the definition of centrist, unless centrist is now a completely meaningless term that changes whenever the wind does.

Centrism is a political outlook or position that involves acceptance and/or support of a balance of social equality and a degree of social hierarchy, while opposing political changes which would result in a significant shift of society strongly to either the left or the right. Both centre-left and centre-right politics involve a general association with centrism that is combined with leaning somewhat to their respective sides of the left–right political spectrum. Various political ideologies, ...

What you defined there is weathervane-ism.

But 30% of US voters think that Joe Biden is far-left, and self identifying centrists have taken a hard right turn in the last decade, so maybe meaningless definitions are the future.

Newspeak is the fictional language of Oceania, a totalitarian superstate that is the setting of the 1949 dystopian novel Nineteen Eighty-Four, by George Orwell. In the novel, the Party created Newspeak: 309  to meet the ideological requirements of Ingsoc (English Socialism) in Oceania. Newspeak is a controlled language of simplified grammar and restricted vocabulary designed to limit the individual's ability to think and articulate "subversive" concepts such as personal identity, self-expressi...

Your definition does not rule out mine, since your definition FAILS TO NOTE ACTUAL CENTRIST VIEWS. Without defining which views are “leftist” and which are “conservative”, you have not actually shown my point to be incorrect.

My point remains: these are popular, widely supported policies. Not far left, but very mainstream. They are, therefore, inherently centrist, and failing to shift to them immediately says our political system is deeply conservative. Branding them as “leftist” is, in fact, propaganda designed to shift our country’s policies further and further right while ignoring what the majority of the people actually want.

EDIT: And I freely admit my definition doesn’t jibe precisely with what is “known.” But the known definitions are pretty bullshit since centrist views have been shifting right for decades. Can’t be a centrist if you’re basically a conservative, that’s my point.

They have a platform and policies, mainly around voting reform. It’s just the press is reporting that they don’t. 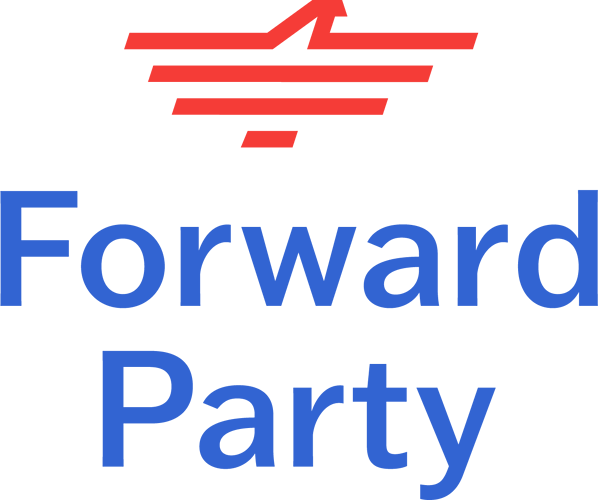 The Forward Party supports ranked-choice voting, open primaries, and other reforms that will lay the foundation for a more representative multi-party democracy. 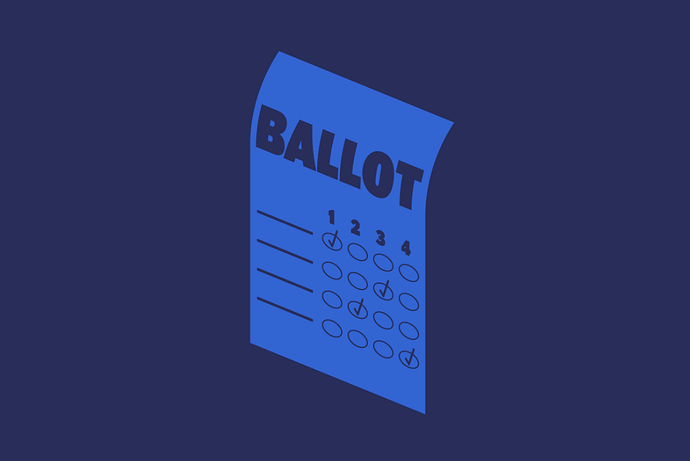 Ranked-Choice Voting is simple – you rank the candidates in order of preference. Read the Forward Party's platform to fix our broken electoral system.

Given that it seems made up of disaffected republicans

It very much depends on how they brand it, though. I don’t think it’s a coincidence that Yang is being put front and center, and that they’re pretending to be a centrist party. They’re hoping for low-information independent and Democratic voters, clearly, not the kind of disaffected former Republicans that will be making the policy.

I’d rather have the Pirate Party or a green party

As a naive 18 year old, registering to vote here in the US, I registered Green, excited by what the Greens has started doing in Europe… it took a while for me to realize they were nothing more than a spoiler party being pushed along by Russians/Republicans to siphon off Democratic votes, and that they’d never be anything else, as long as the current voting system exists. But yeah, I’d love to have an actual Green party with real power.

And instead of a true centrist party we get a passive-aggressive right-wing party pretending to be centrist, a proudly violent right wing party, and a centrist party that makes occasional milquetoast concessions to progressive ideas.

American politics is so weirdly right-wing compared to other developed nations - not just because of the culture (and how the Overton window has been pushed right), but because both parties are more right-wing than the specific positions a majority of the population hold…

You didn’t give any definition other than support for a policy if 50%+1 of voters support it. By that definition Brexit is centrist, as are the ERG and Jacob Rees-Mogg.

Centrism is not a popularity contest, otherwise you end up with all sorts of awful shit being centrism just because a majority supports it.

Without defining which views are “leftist” and which are “conservative”, you have not actually shown my point to be incorrect.

My point is that 50%+1 is not centrism, but as you want a definition for left and right lets start with this.

I expect you won’t like that though because the Democratic Party leans centre-right under it, even though it works well for the rest of the world.

By wanting to be Centrists “between” the two parties, it looks like Yang has fallen hard for the middle ground fallacy.

I’m so logical and moderate, unlike these extremists."

Now that the Republicans are falling off the extreme end of the political spectrum, America does need to replace them as its right-wing party. It just…kind of already has the Democratic party.

Currently, their only policy positions are “we should be able to win elections.” That’s not exactly inspiring. And I’m absolutely in favor of two of their three positions (RCV and nonpartisan redistricting).

US third parties started by billionaires

Therefore, I propose, we only put half of the kittens in the blender.

And I’m absolutely in favor of two of their three positions (RCV and nonpartisan redistricting).

The good news on those issues is that recent history has shown that it’s not impossible to get them implemented without a new party coming to power. Two states (one dominated by Republicans and the other by Democrats) have recently implemented Ranked Choice Voting for all elections, and about 9 states have non-political commissions handle redistricting now.

Then social media turns whether to cut them in half lateral or transverse into a culture war.