However its the same information. Sounds like you learned something. My assumption was always that if you want to learn you will.

I guess it depends on the employer. I’ve been using Linux for 20 years, but between me and the kid with the fresh RHCE, guess which resume gets tossed first?

[quote=“Boundegar, post:20, topic:84761, full:true”]
It seems like all vocational schools are corrupt, and I have a theory.
Maybe they’re all corrupt because the DOE decoupled the cost of education from the benefit. [/quote]

This is a problem with schools in general. The only guarantee is that you will owe them money, not that the education you paid for will have any value.

The way to fix this is simple: they would get a percentage of your earnings, but only from the jobs you hold subsequently in the field of study, until the student loans are paid off.

Nothing. They will still meet on Saturdays to play the newest Madden from EA Sports.

It seems like all vocational schools are corrupt, and I have a theory.

To me it’s inseparable from the already defunct Control Data Institute because this. (But I can’t find “Can A Phone Call Change Your Life?”)

Edit: I’m sure Trump U can pick up the slack.

I did learn quite a bit, when it comes to stuff like IP addressing, and the OSI model, and configuration of Windows Server 2008

And that is all stuff covered in various certs these days as well.
It is odd for me now as I have 20+ years of IT support and they want a degree which even I had one it would be math not CS and other than programming WHICH I DO NOT WANT TO DO anything from 20 years ago is moot. Hell when I had the time and work would pay for it any certs I would have got are useless now as well as whee I got my MCSE 2 years ago too bad I actually used 1/5th of the actual learning in my day job and now remember all of squat about the rest.
sigh.

Sometimes, accreditation or not, you really need someone to stand over you that you’re accountable to.

I have always picked up way more in a classroom setting… just seeing it demonstrated and hearing the lecture works wonders for me over reading texts even when I am getting the lab work done during the same lecture period and fucking around places like this at the same time.

I agree. (EDIT: I agree that there should be more vocational schools.) In fact, I think the vast majority of people use college as a vocational school anyway, which means a required class in which the student compares Cervantes with Shakespeare is a pure economic loss that only adds to the pile of student debt they must eventually repay.

Say what you will about the college experience, but TANSTAAFL.

It seems like all vocational schools are corrupt, and I have a theory. The basic idea is good - just teach job skills to people who really don’t want to compare Cervantes with Shakespeare. Makes sense for people switching careers, which is everybody any more.

When Mike Rowe started shilling for Universal Technical Institute, I decided to look into how much it costs. At the time, it cost nearly $50k to get a degree there. I live in a college town, so I did the math; getting a two year voc degree at the local junior college will set you back about $25k, and if you’re on the 4-year degree track, you can keep your college costs down by attending a 2-year college for two, then go to the uni at a two year rate.

I don’t think Rowe is affiliated with them anymore, and has moved on to a for-profit school that’s about on par with a junior college.

But that’s just it; you don’t have to go to a trade school to get a voc degree.

Good luck finding work in a related field of study. And this isn’t too different from the government garnishing your wages and tax return in order to force you to pay back your student loans if you fall behind. So taking a percentage of my earnings would not be something i’d be for if i was living paycheck to paycheck.

I have a friend who went to Heald (I think that later became part of something else – Corinthian or something, but it was the big one in the Bay Area for a long time) and got a computer programming certificate of some sort. He had gotten a perfectly good economics degree from UC San Diego and was very good in certain narrow cases in computing, but felt the 18 months or so of specific courses was useful to him. He is a computer engineer with a very, very big medical pricing database company, so that’s worked out. That was in the mid 90s.

But with the all-but-guaranteed availability of student loans, the schools (for profit and otherwise) have just jacked up their prices to meet the resources available to them and it’s become a nightmare.

I disagree that a 20+ year old degree has no value. The classic “it at least shows you can stick to a hard thing for four years, and navigate paperwork and bureaucracy” is true, but not very exciting. For anything analytical a 20 year old math BS is pretty much as good as a current one. Math had definitely advanced in the last 20 years, but I don’t think undergrad math has changed in any meaningful way. A lot of a 20 year old CS degree has significantly aged, but most of the data structures thought 20 years ago are still among the best to use for the same sorts of problems. Big O notation is still useful, and knowing how to calculate it is every bit as useful. Lisp is just as useful and irrelevant to getting most jobs as it ever was

C has become a niche language, but is still quite strong in that niche. My didn’t quite get a degree is 30+years old, so we didn’t do Java or C++ (or to be accurate for many classes that were normally done in C I was allowed to use C++ when I asked…but it wasn’t taught, it was “too new”), but a 20+ year old CS degree probably would.

When I last did IT work (which was oddly while I was pursuing my CS degree) being able to do light, and maybe actually a bit of “real” programming was actually super useful. So I could see having a CS degree being helpful in and of itself. I would still hire someone who has 20+ years of experience over a CS grad for most IT jobs. On the other hand if one had the CS degree AND say 5 years of experience vs. no degree and more experience? Maybe that CD degree could swing the balance. (of corse in the real world I would green light both candidates for an interview and the interview would make a bigger impact on hire choices then the degree or years of experience)

The Brooks Institute closed too. 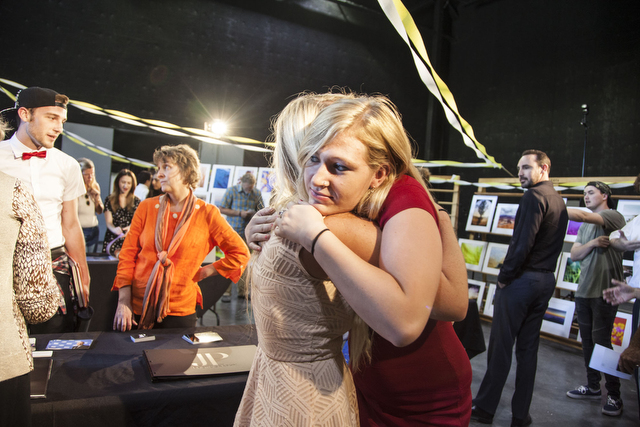 The Fabled Photography School Will Shut Its Doors October 31.

This is interesting because I’ve known several and hired a handful of Art Institute grads and I thought they were talented and productive. I guess the results can vary?

I disagree that a 20+ year old degree has no value.

Well it came down to changing schools, screwup with the transfer and requirements they failed to inform me about till the graduation audit, and getting really burned out of the whole thing. I did get a full time job at the school and kept up with classes cause hey discount but couldn’t really schedule in the required for degree stuff around work.
And the free school advisors/psychologist types had told me hey drop out cause you need a break.

We now return you to Gomer Pyle!

I never got my degree either. In my case It came down to me getting an offer for what I thought was my dream job (writing CoinOp video games) at above the avg. pay for a graduate. Then I kept getting new jobs as opposed to going back and finishing. I had pretty much all the CS classes I needed but had kept putting off most of the non CS stuff, so I feel I got a decent education, but I don’t have the diploma to prove it. So far it hasn’t proven to be a problem, but I expect my pay would be a little higher if I had actually graduated.

On the plus side it gives me an easy out when my company wants to send my back to my University to try to talk the graduating class into applying to work for us (to be clear: working for us is a great idea, I just don’t like public speaking).

Good luck finding work in a related field of study. And this isn’t too different from the government garnishing your wages and tax return in order to force you to pay back your student loans if you fall behind. So taking a percentage of my earnings would not be something i’d be for if i was living paycheck to paycheck.

You’re missing the point. The school would not get paid at all if you weren’t able to find a job in your chosen field of study! This would incentivize (gotta love that educational lingo) the schools to select students with a decent chance of being able to use the education they received, thereby preventing the dire situation you describe.

I agree in theory, but we have to solve the corruption problem. Free community college might be the solution, I dunno.

I know a few people who got degrees from DeVry

I taught there as an adjunct. Unless things have changed (doubtful) it’s a terrible school. Anyone who graduated from there and made a success of themselves did so despite the DeVry degree, not because of it.