Japan doesn’t really have a concept of cultural appropriation. More and more people here celebrate Halloween and Christmas without a thought, and they are always happy when foreigners take part in Japanese cultural traditions. They even have shows on TV where they follow foreigners around while they seriously study tea ceremony or what not, and these shows express the hope that these foreigners will introduce these things in their home countries.

It never really comes up that some foreigner somewhere might be claiming to be an expert in tea ceremony without earning it.

I’m very much aware of the country’s soft power efforts and how the government is pursuing that with “Cool Japan” too. I heard about folks there being surprised to hear about how Dragon Ball or Marie Kondo are popular in the west. It seems that these cultural exchanges have been sufficiently popular over the recent years. It’s just many over here are not keen on how Gwen had been handling it. “Credit, communicate, mingle and collaborate” seems to be the winning strategy with this sort of thing.

To be honest, it’s kind of a tricky subject for me. I went through all of the rigamarole of becoming a Japanese citizen in my sixteenth year here.

On the one hand, it is irksome that Stefani didn’t put the work in. On the other hand, I would never question that a naturalized US citizen is American, and I like to think that I can call myself Japanese now regardless of my skin color. But then, where does one draw the line? Can a person like Gwen Stefani become Japanese by putting the work in?

There are people here whose grandparents and parents were born and raised here, but they are not citizens of Japan because their parents and grandparents were not citizens. In many ways, they are still treated like foreigners. With more and more children of foreigners being born and raised here, Japan is just beginning to ask itself what it means to be Japanese.

More and more people here celebrate Halloween and Christmas without a thought, and they are always happy when foreigners take part in Japanese cultural traditions.

Well yeah, but that’s in Japan, which doesn’t have “white culture.” Ask Japanese Americans what they think of Gwen’s actions, and many will have a very different perspective. And that’s because the dominant US culture is still white supremacist.

It’s just many over here are not keen on how Gwen had been handling it.

Yeah, I totally agree that Stefani needs to answer to Japanese-Americans more than to people in Japan. They are the ones who are affected by her nonchalant use of their identity, which they have had to fight for.

I have always thought of some of Japans cultural exports as appreciation rather than appropriation.

My avatar may suggest my thoughts on that

As a long time Japanese martial arts practitioner I have no belief that I am in any way something other than a participant in a small aspect of Japanese cultural history (Theres a lot more to a culture than a single distilled aspect after all).

But I do care about helping to preserve and spread a very interesting (to me) historical aspect of the culture in conjunction with an official Japanese head organization that works to spread Iaido worldwide. I think sharing arts like sadō martial arts (and food, I love food), yoga etc…, can be great ways to help understand each other and ourselves. We just need to not have the right attitude to go with it, and understand that a culture is soo much larger than the five Fs.

I have always thought of some of Japans cultural exports as appreciation rather than appropriation.

Here’s the thing, though: 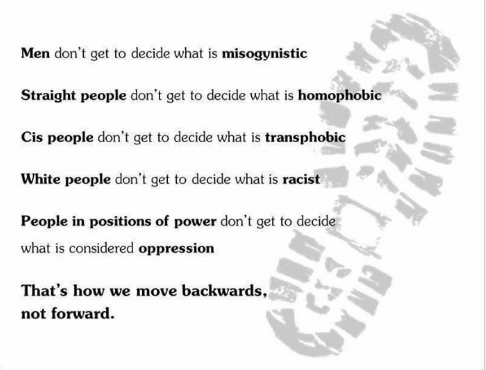 In the same regard, people who aren’t Japanese don’t get to decide what is offensive to Japanese people.

It takes years of dedication and practice to master a martial art, and the process teaches you things about more than just the culture, such as discipline and the right mindsets.

It becomes a problem when somebody watches too many ninja movies and starts mouthing off that they “know karate.” Sadly, there are many people who take the latter route.

There are people here whose grandparents and parents were born and raised here, but they are not citizens of Japan because their parents and grandparents were not citizens. In many ways, they are still treated like foreigners. With more and more children of foreigners being born and raised here, Japan is just beginning to ask itself what it means to be Japanese.

An examination that’s long overdue in my opinion. As important as it is to respect the cultures of other countries I think it’s even more important to recognize basic human rights, and I’ve always strongly believed that everyone deserves a place to call home and to be a citizen of somewhere. In the vast majority of cases that should mean that people should, by default, be granted citizenship in the country they were born in. Countries that deny citizenship to multiple generations of residents who are born and grow up there there need to do better.

(And yeah, I know that Japan certainly isn’t alone in this policy.)

The vast majority of them hold passports from South Korea, even though many of them have never even been to South Korea. Their ancestors did not immigrate to Japan by choice.

I really hope that Japan will make it easier for them to get citizenship (or even just give it to them automatically FFS). They are fully integrated into Japanese society and it just makes no sense for them to have to get their passports from another country. And they should be able to vote. There is a path to citizenship, but I can tell you from my own experience, it is daunting and expensive…

I was attempting to capture the nuances with “some” of the exports.

Some situations are complex (Not every exported school respects its origins, and some are absolutely disrespectful).

For example, the organization I belong to is Japanese, headquartered in Japan and the president is Japanese. Everything is based on respect for and guidance from the head organization which has a goal of preservation and spreading the art. This is common across many of the traditional Japanese arts (etiquette and respect is central to the art). Properly practiced arts are not light dives into the topic, or they risk being a hollow caricature of themselves.

I guess what I am trying to say is that it’s not me deciding I’m not appropriating culture with this specific action it’s the organization supporting my learning and teaching of the art. I was attempting to message what I have been taught albeit poorly.

I lost my thread a bit here. Sorry thats a bit long.
Short version I’m not trying to add an original take but rather express one I have been told by the people teaching me. There is a thin line between appreciation and appropriation and I take my guidance from the organization in the culture of origin and try to base all my actions in respect.