Yeah. Don’t even need to be Japanese to think maybe a new mascot would be a good thing.

Gonna be honest here. Until the Japanese are willing to come to terms, even a little bit, with their own countrymen’s actions during WW2, I don’t think they’re in a position to be pointing any fingers at anyone for being insensitive about anything that happened during that war.

This isn’t about “NO YOU” finger pointing BSAB stuff.

Not that I don’t agree with you that the Japanese have A LOT to answer for to treatment of POWs. A lot.

However, one insensitivity doesn’t negate the other.

/edit side story. One of my father’s friends was “Eugene (John) Sledge” who wrote the book that was based on the “war in the pacific” with Tom Hanks narrating. http://www.encyclopediaofalabama.org/article/h-1796

My Dad was in WWII in the Battle of Bulge. And they’d get into ‘heated discussions’ about which theater of war was worse. Battle of the bulge was fought in the dead of winter…and the discussions would end with “Well, at least you had heat”

I wasn’t even thinking about the POWs…

Tastelessness is a very American thing, proof provided for those doubters out there.

I’d give them a pass if it was a ‘historical’ mushroom cloud thing. …Something They’ve had as a school for decades.
In the 50’s america’s atomic ‘pride’ was a real thing.
Yup…maybe time to retire it…but was a real source of pride for Americans.

Even the “googly” atom clocks and boomerang and atomic atom linoleum patterns in bathroom tile and multiple
atomic signs with atoms in classic road side hotels.
It was a thing…

Kudos to those kids for sparking a conversation.

They killed almost as many people Europe. HAVE YOU NO SENSITIVITY? 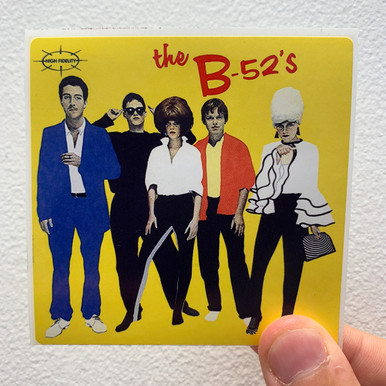 In case people don’t know, it isn’t random that Richland, WA has a bomb for the symbol. While not as well known as Los Alamos, the city was essentially created by the Army in WWII to house people working on the Manhattan Project.

And they’re still cleaning up the mess, so many years after making the nuclear bomb that was dropped on Nagasaki.

Coordinates: 46°38′51″N 119°35′55″W﻿ / ﻿46.64750°N 119.59861°W﻿ / 46.64750; -119.59861 The Hanford Site is a decommissioned nuclear production complex operated by the United States federal government on the Columbia River in Benton County in the U.S. state of Washington. The site has been known by many names, including Hanford Project, Hanford Works, Hanford Engineer Works and Hanford Nuclear Reservation. Established in 1943 as part of the Manhattan Project in Hanford, south-central Washington,...

The creepiest thing for me, as a Canadian, was “now please stand for the pledge.”

Don’t worry, when tRump invades, you’ll have lots of cool new stuff to do.

Atomic pride was part of American Heritage.
There was/is (now saved) a great 60’s mural/tile work from a high school near here. Using atomic symbols for science. Well, no bomb…but atomic art of that day.

OMG…HANG ON… THE BLACK GUY HAS A BOMB.

Once upon a time, I went on a school trip to somewhere in the Bay Area (San Mateo, maybe?) where we ended up attending school with our billets for a few days. I remember finding the whole Pledge of Allegiance rigmarole interesting and new… and a little weird. I memorized it** the first day, I guess mostly to prove I could. I think now I’d stand but not do anything else, just to see if I’d be called on it.

** By “it,” I mean the revised version that includes “under God.”

Guess you’ve got some lengthy reading to do: https://en.wikipedia.org/wiki/List_of_war_apology_statements_issued_by_Japan

I think his point. And I will verify it…from having friends teaching in Japan.
It’s a non point…in education for children in Japan. it isn’t mentioned. (like it is in Germany) …it’s completly supressed in the educational system or simply glossed over as best they can do to save face.

This information is at least 10 years old. I’m sure with Boing Boing we have some Japanese teachers…teaching English.
Do they teach about the Japanese prison camps in schools, the death marches? Do they admit it? And teach it like Germany Does?
Just a “Apology” doesn’t really count if you don’t teach your children well.
Apologies aren’t really worth much without action.

When I think of Hiroshima and Nagasaki I think of a million less dead American GIs, and at least an equal number fewer dead Japanese. War is war. The Japanese military elite are at least equally responsible for both cities, and especially for not surrendering after Hiroshima. It’s easy for you folks to sit on your high-horses with 75 years of distance, and little knowledge of the circumstances, and espouse how evil the Americans are for using the atomic bomb.

Secondly, the exchange student is wrong in saying that Fukuoka was an alternate target. Kokura, SE of Fukuoka, was the primary target for the second bomb, and the secondary for the first.

As for Richland using a mushroom cloud for their mascot, it’s no different than using any other symbol of war in such fashion.