Perhaps next year’s Colorado State Fair will have a segregated “AI/Non-AI Digital Category”?

I kinda feel like those that choose to create their digital art “manually” deserve to be judged in a separate category from prompt-generated AI images but I also think that’s going to be extremely difficult to detect/enforce. Glad it’s not up to me to figure that out.

I’ll just let GPT-3 write my post about State Fair Categories they might create. Its mind seems to have wandered about as quickly as mine, so

Maybe they should just have AI judge the AI Digital Art Category. I guess it would work as long as no one entered an image of someone failing to help a turtle.

Free online art contests you can participate in

Are you a craft artist? If so, there are numerous free art contests you can enter. For example, the American Crafts Museum hosts their annual ACM Winning on Crafts Art Contest each spring. The California Craft Brewers Guild hosts their annual Golden Coast Brewing Craft Beer Competition in June where amateur brewers submit their best recipes for gold medals and cash prizes. The Council of Fashion Designers of America hosts the CFDA/Vogue Fashion Fund.
Present an activity or performance at your school
Many schools hold art contests to showcase student work.

Some even hold separate contests for different grade levels. For example, in the 2013-2014 school year, almost five million students participated in art contests sponsored by the First Place Foundation. For another example, four thousand students participated in the sixth annual Highland Middle School art contest in Michigan.
Submit photos of your food or drink creations
Many places have their own contests to create the best tasting food or drink. For example, try your hand at the Gordon Biersch Taco Competition where participants create their best taco recipe and take it up against other bistro-inspired eateries.

Years ago, a teacher repeated the adage that “art is that which remains unknown the longest.” I feel that is an extremely useful definition.

And – by that standard – that AI-generated shit at the Colorado State Fair lost it’s unknown-ness the moment I finished reading that Discord exchange. It’s just wallpaper.

We’re witnessing the tip of the iceberg of what machine learning can (and will) do.

This is disruptive in the art world for sure - and I almost wish it was a fad like other horrible things (Google Glass?). It’s not.

I think if the person who submitted the image either had a hand in developing the code for generating it, and/or creating the image required paragraphs describing every detail in the picture it would feel like a more honest piece. As it is, it kind of feels like he won a music talent contest by hitting the demo button on a keyboard. Sure, there was some input of ideas, curation, and post processing, but it didn’t sound like a comparable level of effort to the work of other types of visual art.

Maybe they should just have AI judge the AI Digital Art Category. I guess it would work as long as no one entered an image of someone failing to help a turtle.

I think if the person who submitted the image either had a hand in developing the code for generating it, and/or creating the image required paragraphs describing every detail in the picture it would feel like a more honest piece.

There’s a conversation thread if you scroll back far enough, where on 7.25.2022 Sincarnate pops back onto the Encyclopedia forum and everyone was all: “Yo, where have you been?!? They upgraded the interface and you were 404” to which the following reply was posted:

Been working on a personal project that I recently completed via Midjourney. I’m going to be sharing that soon, its not super crazy or anything, but I want to see where it goes in the next month or so.
How often are they releasing new models?
How many models are there?
What is an update what is a version what is a model

So the dude had put in weeks of work, developing his /imagine prompt, tweaking the generations (gens) till the aesthetic was right for him to submit. I’ve made a few “Featured Artwork” Midjourney images for posts, and the best that I could do was the Humpback whales post, where it’s more of an impression of violence, but that prompt (orca bite humpback, jumping, fight – ar 16:9) still didn’t give me the output I was looking for, but gave me the one that was good enough instead. 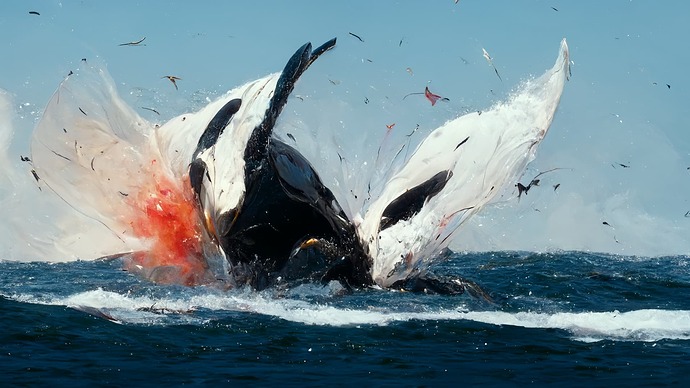 When I’m interacting w/ Midjourney, I feel like Mannie talking to HOLMES IV from Robert A. Heinlein’s “The Moon Is A Harsh Mistress”; where I’m suggesting to Midjourney like NASA engineers sending commands to Mars rovers, and letting the rovers decide how to accomplish the request successfully. Learning what works and doesn’t work is frustrating and slow, but rewarding like playing an alternate version of Duolingo, but the language you learn can only work with Midjourney in it’s current form, so the language is alive like as long as people use it. 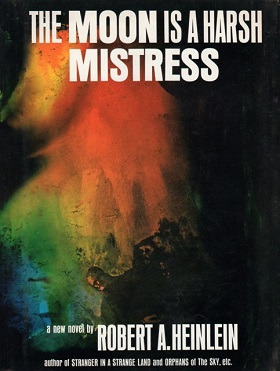 There’s a back and forth that happens while waiting for the Midjourney AI to complete each iteration, and the amount of work Sincarnate put in might have throttled his unlimited account from the looks of the final images he submitted. Getting an image out of Midjourney is as easy as sending a prompt, but getting anything near what Sincarnate did, truly deserves recognition for the amount of work he put in while learning how to talk to Midjourney. There is no button mashing, just art craftsmanship that a significant number of people don’t know how to appreciate or refuse to because change hurts.

One thing to keep in mind is that Sincarnate was 1 of 10 entrants, and the winning image “Theatre d’Opera Spatial” was 1 of 18 images submitted in the “Digital Arts / Digitally-Manipulated Photography” category:

Art is what touches your soul. 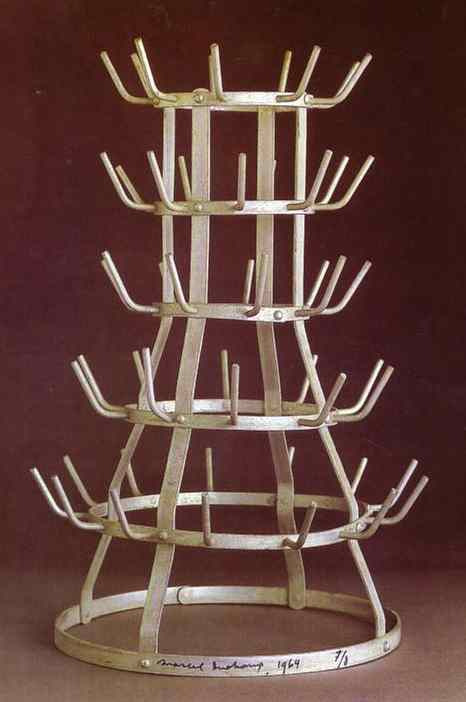 I have played around with the publicly available version of DALL-E. It was fun, but loss interest due to the limitations/image quality of that demo. I can see how the full version of these tools would be endlessly entertaining.

I’m not a professional artist, but I occasionally paint and draw using digital and traditional mediums. From what I have seen, if I had access to the full tool, I could easily create images that surpass my abilities as an artist. I personally would not feel comfortable taking full credit for that output. To me it seems like the majority of the artistry in AI generated pieces comes from the code and source imagery it leverages to create the final image. It feels like the person providing the prompt is commissioning the work rather than creating it. I wonder if you look at a large enough sample of images output by the AI if you will see the “artist’s hand” in similarities in composition, color choice, etc. In this example, I think noting the AI (and maybe its build) would be the more ethical approach to entering the piece in a competition.