Doesn’t go too far. Naturally, once the fines are past a certain threshold of being in debt for the Heinous Crimes of not quite driving appropriately, maybe, obviously these monstrous individuals should be required to work for the state in perpetuity in order to merely keep up with the punitive interest rate.

And, really, once this is true, aren’t they just a financial instrument? Of course they are. Therefore to defray costs, the state will obviously sell this financial instrument to the highest bidder who gets the undisputed rights to the labor of these chatt… Individuals in Special Corrective Regimes.

It’s just the free market solution to a growing problem, really. Makes sense. Anything else would just be communism.

Sessions and those of his ilk are using the same gardening “logic” as refusing to water an orange tree until it produces oranges.

Well yeah. If you don’t actually want the orange tree in the first place, all you gotta do is say that you love oranges, and start flicking lit matches at it.

You’d think “free” market conservatives would see it as unfair competition for the state to horn in on the late-stage capitalist business model of finding ways to extract as much money as possible from poor people for little value in exchange. In doing this, Sessions is really encouraging the courts to take money out of the pockets of good upstanding capitalists like rent-to-own joints and no-credit-required used car dealers.

The thing that scares me most is that compassion is scant in the justice system. Even here in Canada, the legal system is full of sanctimonious assholes who happily divide the world into criminals and non-criminals.

This is an entrenched mindset present in all layers of the system, including cops, clerks, prosecutors and judges. When Sessions rolls back protections like these, it emboldens those with archaic mindsets. It’s hard enough to roll back these regressive viewpoints, especially when they are getting direct support from the highest levels of the US government.

Seems as if he is determined to bring the DOJ back to the good ole days of the 40s and 50s. His huge campaign against the devils lettuce is next

Sessions is actually right on the general issue of rulemaking. Regulations are made according to statutory authority and go thru a detailed, comprehensive public input process. One page dicktats are undemocratic, and should not be the way an administration makes policy, even if it’s your party issuing them. One day it may not be your party.

In the only measures that matter, human compassion and love of fellow man, Sessions is a very small man. Perhaps he has crippled himself with the erroneous notion that physical stature is a measure of significance. If so he is far shorter than he realizes.

Nope. All three branches of the federal governments make laws just as they were intended to. And just as they were intended to, they make policies (both internal and external), via different processes: legislators legislate, the executive regulates, and the judiciary adjudicates. You can say you would prefer a different system, but don’t try and sell us on some imaginary version of how the constitution lays out governing powers.

EDIT: I recant this as a specific reply to @alboalt. I was being reactive to something I perceived that they did not say.

I believe we used to have a prison for those rapscallions too poor to pay. Perhaps his lordship will revive them once again. 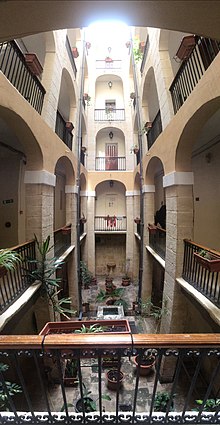 A debtors' prison is a prison for people who are unable to pay debt. Through the mid 19th century, debtors' prisons (usually similar in form to locked workhouses) were a common way to deal with unpaid debt in places like Western Europe. Destitute persons who were unable to pay a court-ordered judgment would be incarcerated in these prisons until they had worked off their debt via labor or secured outside funds to pay the balance. The product of their labor went towards both the costs of their Si...

You are enthusiastically wrong in most part. The executive branch cannot regulate in a manner that affects third parties, either by policy statement or rule, in excess of the authority granted to them by the underlining statute that was passed by Congress. Dude. I do this for a living. And my point about the danger of trying to legislate by policy memo or executive order still stands.

Your point stands - about the limits of executive authority, about the system laid out in the Constitution, and about the danger of an overpowered executive. And yet, in practice that isn’t how it works.

Members of congress routinely vote on laws they haven’t had copies of in their possession long enough to read, even in principle, let alone write. The executive branch has to decide who to charge with crimes and investigate, to an absurd degree - otherwise the fraction of incarcerated Americans would be well into double digits just from drug laws - and what fraction of cases get resolved by plea deals instead of by a jury or judge, again? The judiciary, in turn, sets precedent for how the law applies to various types of situations and facts; no law, however, complex, can cover those in advance, and because we live in a common law system those precedents are legally binding; they are, by any principled definition, legislative decisions.

This blog post goes into some of the parallel cases of each branch doing what is supposedly each other branch’s work.

Are you saying that Sessions has revoked the ADA?

Or he has removed a “guidance document” addressing the ADA?

Land of the brave, home of the free.

Fines should be proportionate to the wealth of the individual; a $100 may be ruinous to the poor person, but it’s pocket change to the rich. Some other countries such as Finland have adopted proportionate penalties on the principle of equality of all citizens. It seems to work well there.

Likewise, the supposed Christian “Evangelicals” who voted for Trump and the far right members of Congress because they wanted to restrict abortion and birth control need to consider that their “moral” response was in actuality totally immoral as it has taken food from the hungry and health care from the poor. Christ calls these people “whited sepulchres”.

It’s okay, it’s not racist if you’re not burning a cross.

You know what? I totally agree with your original post. I was pre-caffeine and reacting to a misreading of what you wrote. Fie on me!