Jobs wanted "a little man in every Mac"

What an appallingly shit idea.

I had one too! 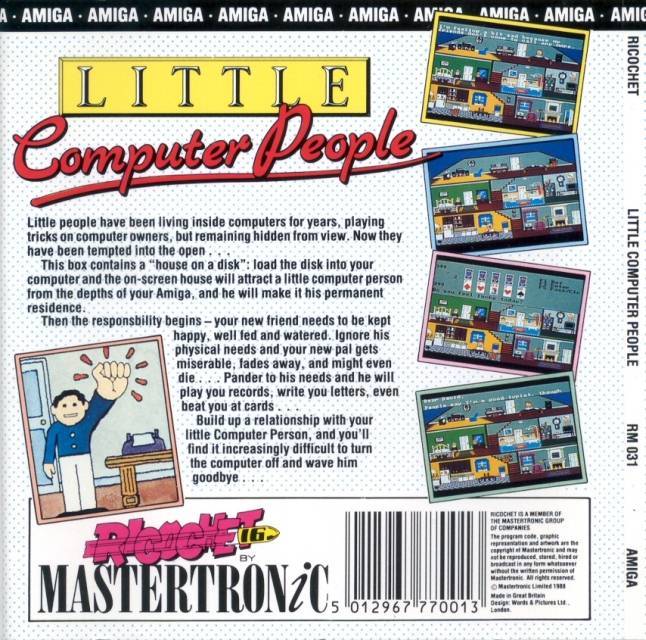 See, it is not as crazy as it sounds! I love how people would get freaked out when they “knocked” on the monitor glass.

Beaten to the punch by Clippy. How humiliating…

Yep, but it was dogcow:

The dogcow named Clarus, is a bitmapped image designed by Apple for the demonstration of page layout in Mac OS. The sound she makes is "Moof!". Clarus became the archetype of surrealistic humor in the corporate culture of the original Macintosh group, particularly as the mascot of Apple’s Developer Technical Support as officially documented in Technote #31. In 1983, the dog icon had been created by Susan Kare as the glyph for "z", as part of the Cairo font. Later, when designing the classic Mac...

I think Mr. Macintosh sounds like a bad idea from today’s perspective, but I can imagine I would have been pretty amused by such a thing back then.

If nothing else it makes it apparent that what motivated Jobs was not just making money, but having fun building fun stuff for people. Yeah, I probably wouldn’t have wanted to ever be around him, but I miss his influence.

Instead, we got the talking moose.

The Talking Moose is an animated talking utility for the Apple Macintosh. It was created in 1986 by Canadian programmer Steven Halls. It is the first animated talking agent on a personal computer and featured a moose that would appear at periodic intervals with some joke or witticism. The moose would also comment on system events and user actions and could speak what a user typed using the Moose Proof desk accessory. According to Halls, the original purpose of the moose was to make use of the M...

This mysterious man was a much better idea. Much more trippy.

I think Mr. Macintosh sounds like a bad idea from today’s perspective, but I can imagine I would have been pretty amused by such a thing back then.

Remember, the competition was DOS.

I see you’re trying to add a whimsical cartoon character to your operating system. Would you like some help with that?

Little known fact: Mr. Macintosh’s cameo never made it past the cutting room floor, but his granddaughter Siri is now a huge voice in the company.

OT: but are the old macs worth anything to collectors?

Funnily enough, an ambition he shared with the NSA.

I believe Mr. Mac came back to do a cameo appearance in eWorld, in drag. 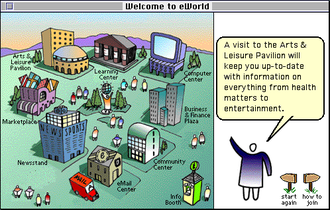 (although it has been argued that the generic robes of the characters in eWorld are simply wearing oversized T-shirts, there has been no in-depth research into what they are or are not wearing beneath them).

There are a million stories like this in the Mac community, waiting to be told before they are lost forever to the vicissitudes of time (and format changes, data loss, memory loss, fire, and divorce).

If you’re in the Greater Cupertino area, join us today (Saturday, Jan. 25) at MacCamp, a community-organized unconference for people who helped influence or who were influenced by the Macintosh over the last three decades.

Bring memorabilia, stories, and tools so we can help document each others’ sharings. We’ll teach interviewing and phonecam technique and point participants at how to build a participatory culture that can learn from the past.

At De Anza College, Student Center, Fireside Room. By Donation. Doors and setup starts at 10 am; we expect the largest crowds in the late afternoon right before the big 30th-anniversary evening shindig at the Flint Center nextdoor.

Not yet, try again in like 100 years. Or time-travelers, they’ll buy any crap.

And his dream was fulfilled years later by this little guy from the PowerMac 7200 motherboard: 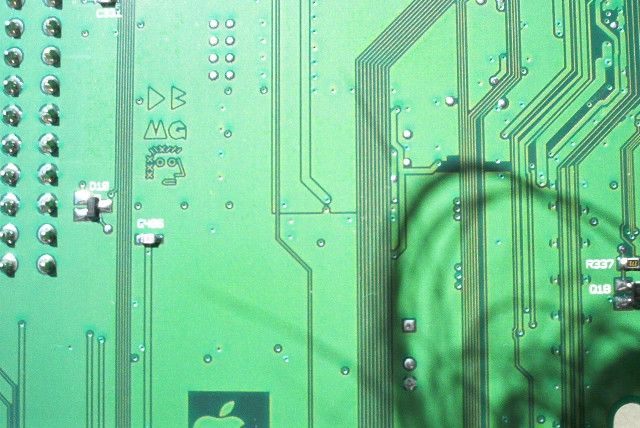 I hope the time travelers knock before entering. They can be so rude just popping in.

Most of his best ideas were stolen from others.