So good it hurts. 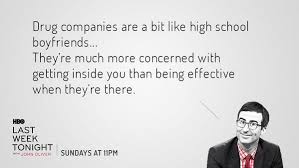 “Doing a talk at an all girls school tomorrow. I will not be using this @iamjohnoliver line from last night.”

I took shitloads of Adderall and other drugs for my ADHDs. I think that it’s great to show how the medical industry influence their doctors on recommending their products.

It’s a lot like adding “on a computer” or “on the internet” or “with a database” to all the patents on software mimicking previously real-world devices that are trivially implemented in software, but the USPTO had no idea were well known programming methods to people skilled in the field.

That clip was over 17 minutes long. News segments that long are usually tedious. Comedy on a single topic rarely sustains beyond a few mintues. Trust John Oliver to twine the two and keep me interested and laughing right till the end.

The “Pharmaceutical Money” ad was delicious icing on the cake.

Glad we have John Oliver, given that Jon Stewart is apparently announcing his ‘retirement’ tonight.

Wow, that surprises me (especially given the election run-up), and certainly a loss.

I certainly appreciate how Oliver does a more complete and comprehensive take on his subjects, and feel like it is kind of Jon Stewart’s Daily Show vibe but in longread format.

I’ve seen them both live, and Oliver was by far the better show. But, Stewart isn’t just a great talent, he’s a tremendous mentor of talent. The Alumni of his Daily Show are so aplenty and so accomplished, he truly was at the center of a comedic/political movement, and lifted many perspectives up.

I hope he has a new project that inspires him, as I don’t think he’s done contributing to a better world.

I saw Oliver just recently. I wasn’t that impressed, disappointingly. A lot of the material I’d seen elsewhere. Fell a bit flat. He was okay. Definitely not political enough. I wanted more satire, less straight stand up.

But I did seem to be the only person who didn’t really like it. 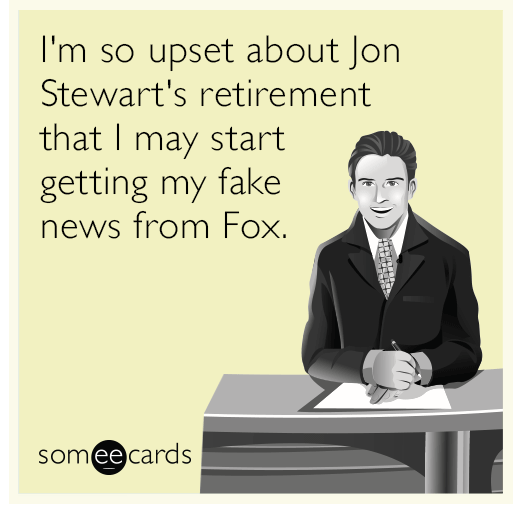 This topic was automatically closed after 739 days. New replies are no longer allowed.