Judge Posner: it should be illegal to make phones the government can't search

Put him on the list. He’s done. He shouldn’t be allowed to be a judge in traffic court. Send me him home.

Huh, such bullshit. Why the hell does the right to privacy even need an explanation? Even the most weak-minded among us understand the need to keep thing private.

How a supposedly intelligent, educated person can spout such unfathomable word-smegma, I find myself simply unable to understand.

Judge Posner’s email address, and other contact info, is available at the University of Chicago Law School’s site;
http://home.uchicago.edu/~rposner/

I wonder if he’d mind if we pop around and check out his bedroom. He shouldn’t mind. Privacy is over-valued, after all.

“Much of what passes for the name of privacy is really just trying to conceal the disreputable parts of your conduct,”

Saints may always tell the truth, but for mortals living means lying. We lie to protect our privacy (“No, I don’t live around here”); to avoid hurt feelings (“Friday is my study night”); to make others feel better (“Gee you’ve gotten skinny”); to avoid recriminations (“I only lost $10 at poker”); to prevent grief (“The doc says you’re getting better”); to maintain domestic tranquility (“She’s just a friend”); to avoid social stigma (“I just haven’t met the right woman”); for career advancement (“I’m sooo lucky to have a smart boss like you”);

Complete quote here, scroll to near the bottom of the page, left column.

Hell, one does not even have to lie- some truths are simply meant for a select few; some details, for oneself to covet.

It should be illegal to make phones the government can’t search.

It should be illegal to make judges the people can’t recall.

“The world is in an extremely turbulent state—very dangerous.”

He seems blissfully unaware that the government he serves is actively participating in this dangerous, turbulent behaviour. With 192 legitimately recognized nations on the planet, what are the odds that any one of us happen to be born in a country that refuses to abridge the civil rights of its members? I have no few(er) illusions that I’m living in such a place. (certainly since Snowden, at least!)

The world is in an extremely turbulent state—very dangerous.

I would like to ask His Honor when, in his professional lifetime, the world has not been in an “extremely turbulent” state?

Does he believe that the government he represents has not helped to create that turbulence?

Does his position on the bench afford him special knowledge of world affairs that qualify him to judge the present time as especially dangerous?

Does he not understand that wealthy people and corporations are profiting handsomely from the current state of affairs?

You don’t know what your skeletons are until someone else decides.

Imagine in 30 years everyone has a photo of themselves drunk online so no one cares and Christianity has become a minority and associated with domestic terrorism. I would imagine a lot of these folks would sing a different tune in regards to you personal beliefs and communications being reviewed by the govt.

Not to mention that in part the concerns about Govt having these things is that the FBI does background checks on most white house and high ranking officials in administrations. The govt legally possessing lots of information about everyone could lead to security concerns being used to eliminating types of people from positions of leadership.

Also, amazing that the intellectual property being so largely kept in the digital realm doesn’t occur to this guy. 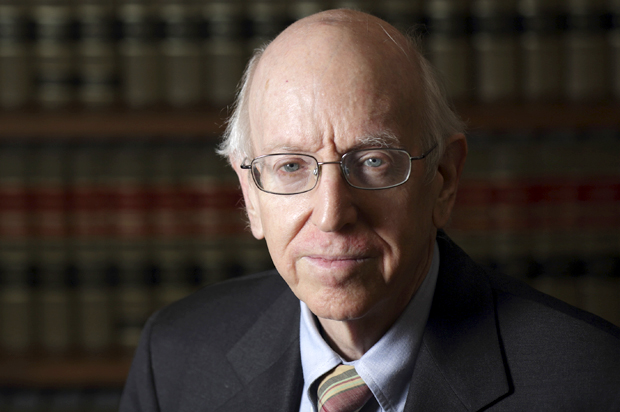 If “yes” then I am so very disappointed, confused, and concerned.

Was he recently involved in a violent car accident? Diagnosed with Alzheimer’s? Handed a large brown rectangular shaped paper bag? Visited by these guys?

Hmmm, just like it should be illegal to make governments the people can’t search.

As a wise man once said,

“Christ. What an asshole.”

On the other hand, the best way to move society forward in practice seems to be to defuse skeletons by making them public. First gays, then other groups like atheists realized that keeping their secret only served to support the forces of reaction that claimed that these were things that people ought to be ashamed of being.

To see how power-based rather than principled Posner’s views are, consider what he said and did in a 2011 case - brought by the ACLU - where he mocked the idea that citizens have a First Amendment right to film the police. During Oral Argument, he immediately interrupted the ACLU lawyer arguing that citizens have this right, and the following exchange occurred:

JUDGE POSNER: Once all this stuff can be recorded, there’s going to be a lot more of this snooping around by reporters and bloggers.

ACLU attorney Richard O’Brien: Is that a bad thing, your honor?

JUDGE POSNER: Yes, it is a bad thing. There is such a thing as privacy.

Like so many federal judges, Judge Posner recognizes rights only when they belong to agents of the state or the economic elite. When it’s ordinary citizens at issue, he snidely rejects any such protections. Of course, this is exactly backwards: those exercising public power (police officers) have a lower entitlement to privacy than private individuals. But power-servants like Judge Posner view only actors of the state and those who serve it (such as himself) as entitled to these prerogatives. That’s become the corrupt essence of the U.S. justice system, and it’s perfectly expressed by Judge Posner’s radically divergent views based on whose privacy is at stake.