Jupiter's moon Europa, as you've never seen it before

EXCEPT
EUROPA
ATTEMPT NO
LANDING THERE Approaching a comet in 3D

As Philae approached Comet 67P/Churyumov-Gerasimenko on 12 November 2014, the lander’s downward-looking camera ROLIS took images of the descent. Now the ROLIS team from DLR has used two of them to produce a stereographic image. To appreciate the 3D...

In the first pictures that came back from (if I remember rightly) Voyager 2 Europa looked like Tattooine to me. I was kind of disappointed to learn it was covered in ice, not sand. Still there is some resemblance. 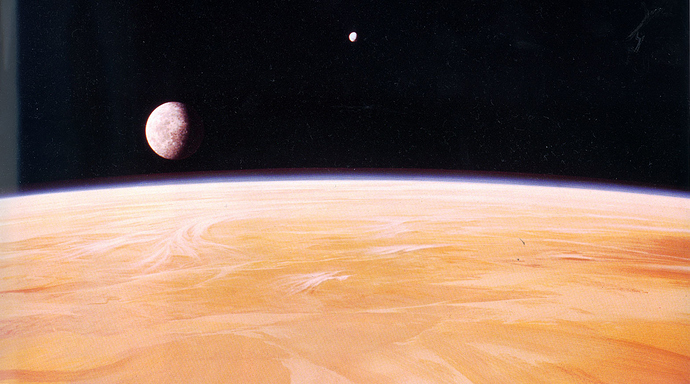 At that temperature (<125 K), I believe water ice is basically a rock, and small broken bits of it could be called sand.