Really shows the problem with eyewitness-based convictions, which was entirely what got him sent to prison (despite living in another city and having an alibi). Of course, now they’ll not be able to get any convictions on this because the likely culprit looks so much like the guy they already jailed for it…
Even though in this case the similarity of the two men was kind of uncanny, it makes me think of how often this must happen, especially where the suspect has a specific style popular in a sub-culture and the witnesses and jury are of a different ethnicity than the suspect.

Nineteen years for robbery. Meanwhile a rich kid in Texas gets off with probation for DWI resulting in fatality.

Equal justice for all, my … Oh, never mind.

They can’t make up for the time he lost with his daughter. I would ask for 100 million in damages.

so sad how frequently this happens when ones skin color apparently makes it not worth the systems time to invest in equal justice. from policing, to the courts, to the prisons, it is a very stacked deck.

i recently watched a piece about how frequently innocent black men are given little option except to take a guilty plea.

Meanwhile a rich kid in Texas gets off with probation for DWI resulting in fatality.

Don’t forget the fact that he was a football player. On December 12, 1997, 19-year-old punk musician Brian Theodore Deneke (March 9, 1978 – December 12, 1997) was killed in a deliberate hit and run attack in Amarillo, Texas, by 17-year-old jock Dustin Camp. Camp was later found guilty of voluntary vehicular manslaughter and sentenced to ten years probation. In 2001, he was sentenced to an eight-year imprisonment for a variety of parole violations. He was paroled under supervision on July 31, 2006. The homicide and the outcome of the trial against C...

And the guy he ran over had a mohawk.

That was horrific, but @lumbercartel was referring to this piece of shit:

Ethan Anthony Couch (born April 11, 1997) is an American man who killed four people while driving under the influence of alcohol and drugs on June 15, 2013, in Burleson, Texas. He was intoxicated, driving on a restricted license and speeding in a residential area when he lost control, colliding with a group of people assisting another driver with a disabled SUV. Four people were killed in the collision and a total of nine people were injured. Two passengers in Couch's truck suffered serious bo Co...

I would ask for 100 million in damages.

Works for me, but some States hand you a new suit and tell you you’re on your own. Total crap shoot.

Oh yeah, the “Affluenza” guy. Jesus. Even worse than the other guy.

A guy who intentionally killed someone, versus a convicted criminal who killed four people accidentally, but showed exactly zero remorse about it? Tough call.

I know what you’re thinking - it seems unlikely that a doppelganger could get away with something like this considering only having an 11 intelligence score at best - but you would be forgetting their abilities to read surface thoughts of anyone within 60 feet.

Exactly this. The story reminded me of the Joyce Ann Brown case, and it is sad to note that not much has changed since then… 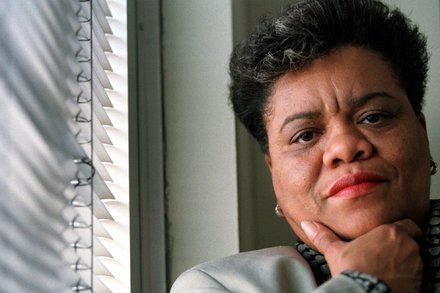 Joyce Ann Brown, Shackled by Her Name to Another’s Crime, Dies at 68

After her name was tied to a 1980 robbery and murder, the police learned of another woman with the same name. Yet Ms. Brown was wrongly jailed for the crime.

Our justice system has to do better than this.

How can it when it’s so busy booking more inmates?

How can it when the current administration thinks this is just right.

I know what you’re thinking - it seems unlikely that a doppelganger could get away with something like this considering only having an 11 intelligence score at best - but you would be forgetting their abilities to read surface thoughts of anyone within 60 feet.

And here I thought all doppelgangers looked like Drew Barrymore.

How can it, when it is run by corporations whose profit model depends on this issue persisting?

Profits are down this month, guess it is time to lobby for more minimum mandatory sentences for non-violent crimes. I know just the areas we can selectively enforce them in to make sure we don’t accidentally catch the “wrong” people. \s grrrrr.

WTF? They don’t even look that similar from the front. They have completely different head shapes and noses for example. Did the lawyer just say “oh well, fuck it” even though he knew his client wasn’t the same person as the perpetrator and had already said so in court?

Did the lawyer just say “oh well, fuck it” even though he knew his client wasn’t the same person as the perpetrator and had already said so in court?

What exactly do you think his attorney should have/could have done?

Also the only mention that the ‘doppelganger’ defense was run at trial appears to be in the BoingBoing summary. Neither the NBC article linked to nor the Kansas City Star article which that links to mention it.

From those, I get the impression that the original defense was simply that Mr Jones was at home at the time of the robbery. The doppelganger thing appears to have become clear only once he was already in prison - specifically in 2015 by which time the trial was of course already 16 years in the past.

ETA: The real story here would seem to be the shoddy/racist way the police and prosecutors dealt with the original investigation.

Surprise, surprise - faced with one photo that looked like the robber, the witnesses picked that one.

At that point you have a previously convicted man (who does in fact match the description of the alleged perpetrator) whose alibi is that he was ‘at home with his family’.

As a defense lawyer in that situation you can make as much play as you like about the eyewitness evidence being doubtful, I reckon you’re looking at a conviction nine times out of ten.

Jesus, the horror of having the prosecution go ahead even when they know they have the wrong person - I wish I could say that was the first time I’d heard of that happening…
I’m also reminded of another case where someone escaped from prison, and somehow authorities grabbed some guy with a similar name (who was mentally disabled) and decided he was the escaped prisoner. His court-appointed attorney told him not to challenge it (assuming he was the right guy, under the basis that it would just extend his sentence), and he ended up spending a fair amount of time in prison before the mistake was discovered - time for which the guy was not mentally equipped. All-too-often it feels like the whole system doesn’t really care about justice so much as simply making sure someone gets punished.