I’ve had the good fortune to work with Kevin back in the day, and I’m thrilled to see this project take off. You go!

Also: you had me at Time Travel.

@dignan17, think Chrono Trigger but in a tabletop game (such as Dungeons & Dragons.) This is really influenced by Poul Anderson’s “Time Patrol” novels, as filtered through a ton of alternate history and a whole lot of pulp sci-fi. I’m completely delighted by the response so far; it was amazingly fun to write, and folks seem to be enjoying it.

@chromecow, great to see you!

No worries, I was just giving Boing Boing a hard time and I was surprised that they didn’t mention the (probably) most famous of time travel-themed video games.

I’ll be happy to check out your game when it comes out.

Those interested in time travel RPGs may want to check out this completed Kickstarter project - “Agents of Change”. 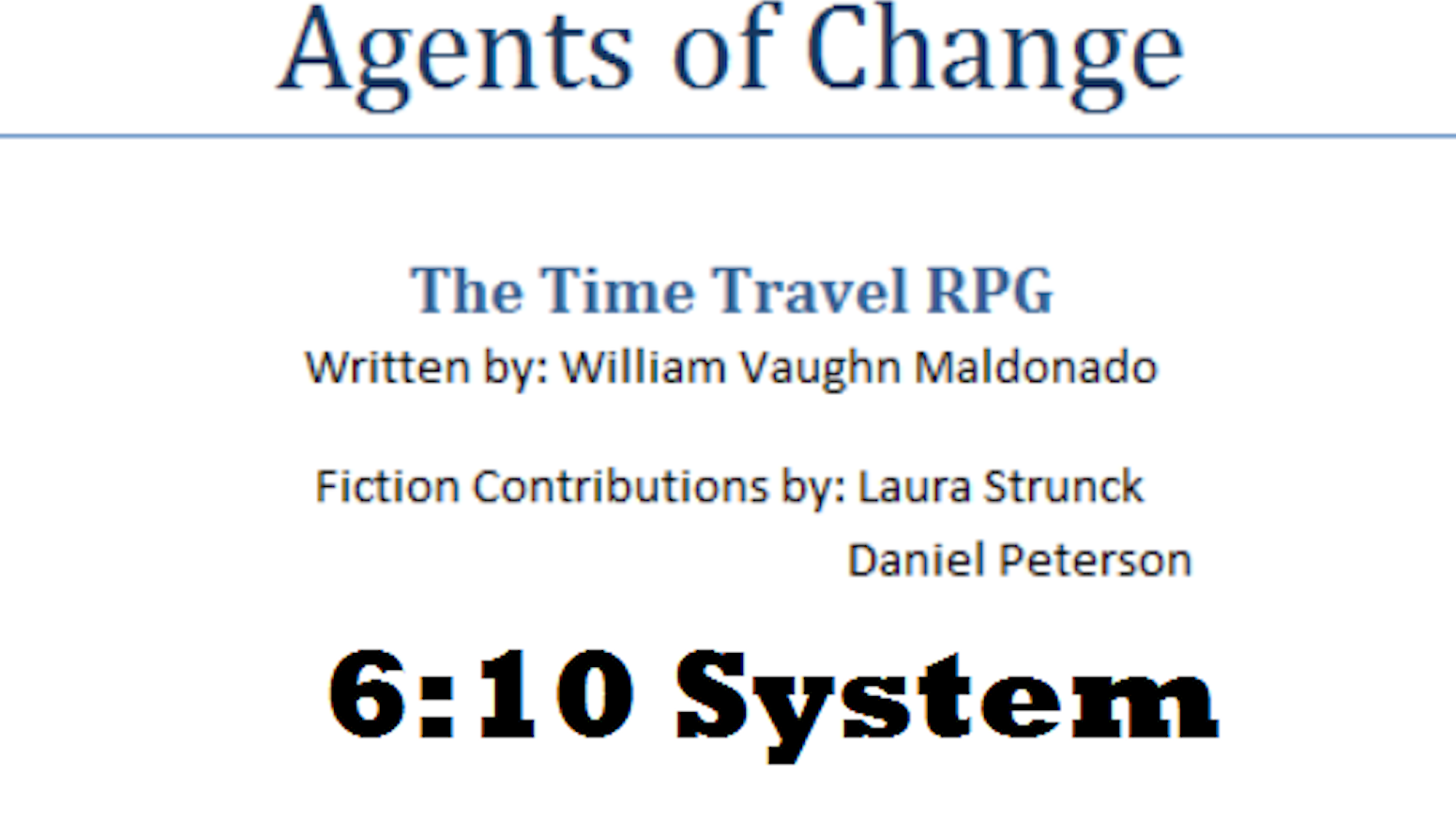 How much of our past are you willing to change, to save the future? In this tabletop RPG, you will answer this question.