Scott Urban’s new Reflectacles glasses are Ray Ban-style frames that are embedded with the kind of retroreflective cat-eye materials used for highway markers, making them reflective at 500 yards at night, and nearly that visible by day. He’s kickstarting them at an astoundingly cheap $85/pair, in seven colors.

Neat, but probably not ballistic rated and therefor not really useful for my only possible justification, nighttime cycling. I might trade the remote chance of a rock strike for slightly better visibility, but head on collisions aren’t my number one concern and I can get more done with reflective tape in any event.

Great for people who really hate having their photo take I suppose.

Posting on the internet is pretty cheap these days.

is -able the -ly for maker nerds?

In the same vein, I wonder how they fare agnist CCTV cameras?

$85 a piece is “astoundingly” inexpensive?

$85 is relatively little compared to the hundreds of dollars the lenses cost. Then again, I only wear my glasses to get from my bed to the contacts and get new glasses about once every five years, so I don’t care about the frame.

$85 a piece is “astoundingly” inexpensive?

I was routinely spending upwards of $600 for lenses due to severe myopia (16 diopters). Combination of difficult prescription and highest index of refraction (= highest cost). Not to mention a limitation in frame design: if I wanted to avoid the Coke-bottle-bottom effect (which was an insult to Coke bottles) I had to get ones that could use small, circular lenses. I was looking forward to cataracts, which I got early (probably cortisone related). The intraocular lenses I got compensated for most of myopia; now I can actually read without glasses. Wow!

I only miss my previous microscopic super-vision now and then, but that’s a minor thing. An optivisor takes care of it.

It appears that they are actually called Reflectacles.

I cried when he said it’s the majority of his personality. I was thinking at that moment, it’s my only accessory.

Well, that makes much more sense

Was the Wikipedia article for Luxottica written before or after this vid came out, because it reads like a spec-script for the short, almost word-for-word… 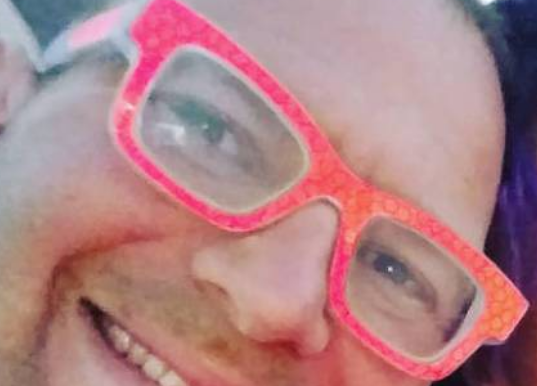 The glasses frames seem to have a flat front so the makers can lazily apply a reflective sticker too them. I’d call them incredibly ugly, with all the style of a pair of disposable cardboard 3D glasses. Certainly not “astoundingly cheap” for that level of aesthetic.

They probably don’t do much. It is the flash that makes them glow like that and CCTVs don’t flash.

Or you can buy mail order for $30 or less, lenses and shipping included.