What did it prove? That’s he’s a hateful, ignorant bigot that can’t see a point if it’s a foot from his face?

Some impeccable logic at work here, not that I would ever expect otherwise. 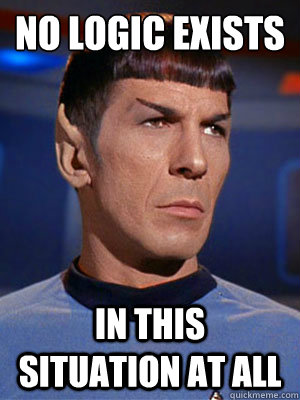 There is a certain pathos to his previous ‘first christian skate shoe’ thing; but the WTF? is strong with this one.

They have “Jehovah” printed on the label instead of “Nike”.

“These people that think if you are even remotely homophobic, you are ‘hateful’ and a ‘bigot,’ and do everything they can to destroy you in every vicious way possible,”

He feels prosecuted for being homophobic? Is that going to be the next big “attack on Americans rights” from Fox news’s?

“People say that people who are hateful are hateful, so I decide to make something really hateful to upset people and show how hateful I am. To make a point.” Yeah, I’m not sure what point was supposed to be made here, but…
Also, how the hell did this get on Steam to begin with, even on Greenlight? (Also, also: Good luck getting a job in the game industry now, buddy. Maybe those white supremacists who made that game will hire you.)

There seems to be a bit of conservative rhetoric at work here. A mantra I’ve heard repeated many times is, “You don’t have a right to not be offended”

The irony of which always is lost on them, so it probably comes as no surprise that they feel like it’s a matter of hand-wringing liberals getting offended and wanting to ban the thing that made them offended.

Truly, a champion of free speech at work here.

Compare this with the fact that even Postal and Postal 2 are still up on Steam.

I don’t think even Running with Scissors would hire this guy.

“Yo dog, I heard you like hate, so I put hate in your hate game, so you can hate the haters who hate you, while the haters are hating on your hating hater hate game.”

“These people that think if you are even remotely homophobic, you are ‘hateful’ and a ‘bigot,’ and do everything they can to destroy you in every vicious way possible,” [Randall] Herman wrote. “So I decided to go down a path that most developers are afraid to go down: to piss these people off by making the most overly offensive game possible to these idiots to prove a point.”

Um… what? Society won’t tolerate “anything remotely homophobic” and you decided to prove it by going all-out, guns-blazing, sky-writing, pyrotechnic asshole? You don’t logic much in your free time, do you?

What’s funny is that if he designed a game that was slightly homophobic, I’ll bet three-dollar bills to some very gay donuts it wouldn’t have gotten removed.

“Yo dog, I heard you like hate, so I put hate in your hate game, so you can hate the haters who hate you, while the haters are hating on your hating hater hate game. Oh, and you’re a sad human being and don’t bother calling me again.”

FTFY. Also, it seems this person skipped the What Would Jeebus Do bit in Sunday School.

Gator: “But how does it play?”

I really do not get some Christian’s obsession with the gays. First off, most sexual sins focus on lust. Casual homosexual sex between otherwise straight men was much more popular in several past cultures. I think that is what Leviticus warned about, not actually being gay.

And either way, no one follows Leviticus.

And even if for some reason they do think gay sex is a sin, it isn’t any better or worse than the sins THEY constantly commit through the day. Seriously, straight sexual sins are committed at least 10x more often than gay ones. Worry about your own house. They have some sort of irrational fixation on it.

[quote=“Shuck, post:11, topic:56840”]Good luck getting a job in the game industry now, buddy.[/quote]Why would he need that, now that awareness of Christian footwear has been boosted by orders of magnitude?

(And let’s be clear: he’s just a Christian footwear promoter. The manufacturers are innocent and have nothing to do with him. No, not at all.)

Why do Conservatives obsess about LGBT Americans & their sex lives so much?