That’s it. Shut this thread down while it’s perfect.

Why do you egghead elites hate the epoxy industry?

Another museum conservator, who was present at the time of the repair, said that epoxy had dried on the face of the boy king’s mask and that a colleague used a spatula to remove it, leaving scratches.

I assume that this will be handled properly… 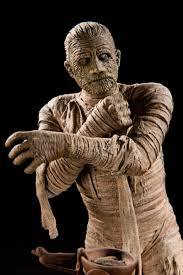 Reminds me of the beard of the Great Sphinx, which was probably added after construction and probably fell off long before the nose.

The Great Sphinx of Giza (Arabic: أبو الهول‎ Abū al-Haul, English: The Terrifying One; literally: Father of Dread), commonly referred to as the Sphinx of Giza or just the Sphinx, is a limestone statue of a reclining sphinx, a mythical creature with the body of a lion and the head of a human. Facing directly from West to East, it stands on the Giza Plateau on the west bank of the Nile in Giza, Egypt. The face of the Sphinx is generally believed to represent the Pharaoh Khafre. Cut from the bedrock...

The Great Sphinx is still the largest monolithic statue in the world, but I don’t think it counted as monolithic when it had the beard.

Clearly, this was a job for duct tape.

There are only few contexts of adhesive use where I wouldn’t suggest epoxy.
This is one of them.

And this is why the Elgin Marbles will stay in the British Museum.

There is basically no way to remove epoxy without damaging whatever its attached to. I remember someone talking about the difficulty she had reverse-engineering a virtual pet during a Chaos Computing Congress. The main processing chip was embedded in epoxy and she ended up using nitric acid, which won’t react with gold, but I don’t know what it would do for the paint. 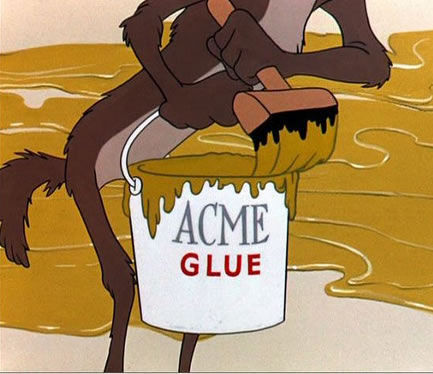 The main processing chip was embedded in epoxy and she ended up using nitric acid, which won’t react with gold, but I don’t know what it would do for the paint.

Hot nitric acid, altered with acetone, is used for deencapsulation rather commonly. It has to be water-free, in order to not attack the aluminium metalization on the chips.

Disassembly of epoxied joints can be facilitated by heating them to a moderately high temperature (~150 'C). This is used for e.g. disassembly of potted ferrite-core transformers.

Well… This thing has been sitting around on display for decades, and maybe it never occurred to anyone that it might break one way or another? So maybe someone said, “One of the exhibits broke so I can’t put it on display. How should I fix it?”, and then someone else thought it was a plastic souvenir stand or something and told him to get the epoxy.

This repair of an injured Monet painting is an interesting contrast. 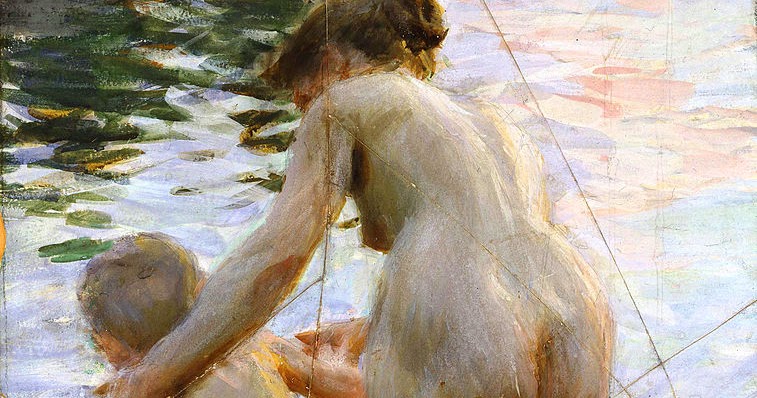 The painting "Une première" was one of Anders Zorn's first experiments portraying nude models in the open air. He was fascinated by the wa...

How about this Anders Zorn painting that got hacked to pieces. By Anders Zorn.

Detailed image of the “repair”. This would be considered bad quality repair on a $1 thrift-shop vase. I did better ones. 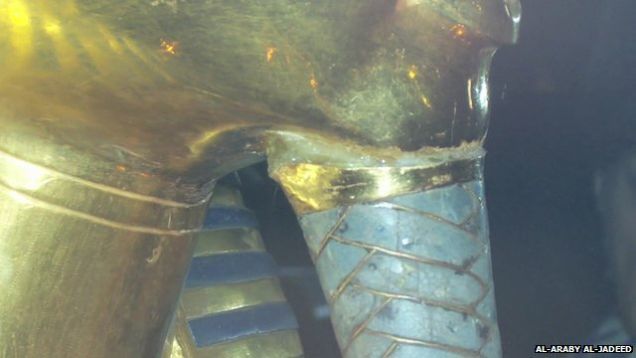 One of the most interesting things about the detailed account of the restoration is that along the way, every single technique was designed to be reversible.

apparently i’m qualified to work there, since they repair things like i do: “dammit! where’s my gorilla glue??”

Reminds me of the beard of the Great Sphinx, which was probably added after construction and probably fell off long before the nose.

So the story of the nose being shot off by Napoleon’s troops for chuckles isn’t true?

I can’t really imagine the conservation conversation that led to this but it must have been something like: