Finally! Somewhere to store all that grain Joseph harvested!

Let’s keep the cat responsible for Tut’s mask repair far away from this.
If there were a good time for a curse… 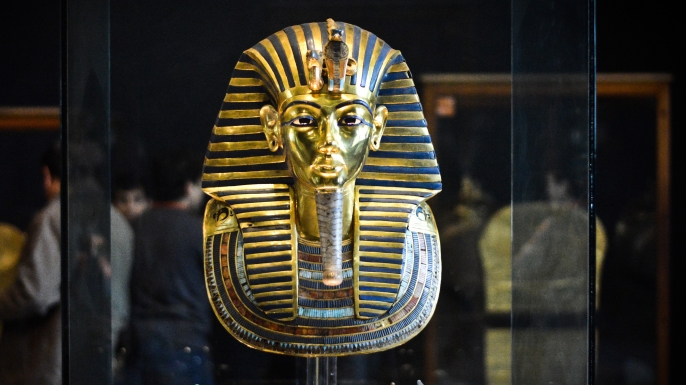 Beard on King Tut’s Mask Snapped Off, Glued Back On

Egyptian Museum workers accidentally snapped the beard off King Tut’s burial mask and then used epoxy to glue it back. Can the damage be repaired?

He may want to rethink that approach.

You fools! The four elements must remain undisturbed until the 5th Element arrives to integrate their powers!

the resting place of Queen Nefertiti

boring. I hope for Imhotep.

In related news, Donald J. Trump replied with a tweet:

##LameStreamScientists propping up #Carson’s story. I had those #pyramids built in 80s, that chamber is #hotelroom.

And that restoration is still expected to take two more months! http://www.dw.com/en/german-expert-restores-king-tut-mask-after-botched-glue-job/a-18794651

Wasn’t this story was doing the rounds a few weeks ago as well? I had been thinking of bringing it up during the Carson thingy…

Except Tut wasn’t buried in a pyramid, but in a hidden tomb in the Valley Of The Kings.

Surprise, surprise… I wonder why he wasn’t buried in a pyramid [eyeroll]

There are not enough likes on the internet for you today!

Because it was full of grain, of course! Keep up!

So, something bigger on the inside, eh?

that chamber is #hotelroom.

I adored that book as a kid. Years later I saw a photo of Heinrich Schliemann’s wife modeling jewelry he found at the excavation of Troy and wondered why it seemed so familiar…