This is a good article and a worthy topic ruined by an Upworthy headline.

Yet another reason its called 're’search.

Work with the best available methodology until you find a flaw in it, then try to figure out how that’s been skewing your results and how you can improve it. Not a novel concept.

Most scientists have known for quite a while that cell culture based techniques have major caveats, but they’re still a heck of a lot cheaper and less time consuming than developing an in vivo model (and killing cells doesn’t raise the ire of animal rights activists).

Furthermore, the question of whether the genetic code of the cancer cell or aberrant gene expression is the causative factor in its transformed phenotype is unresolved. Example: over-express Src in a normal cell type and it’ll become transformed, but if you throw yamanaka factors into a transformed cell line and reprogram its epigenome and you can rescue its cancer like phenotype even though its genetic code is shot to hell.

I enjoyed the article - I have friends who work in cancer research and knew about the various cell lines that are used, and have heard from them that it’s difficult to keep things straight in the lab. I have been in a friend’s lab while she was monitoring cell cultures, and she noted that a huge percentage of them are ruined. But I didn’t know just how fundamental a problem this is to cancer research as a whole, going way deeper than individual cultures being ruined.

I’m going to go ahead and complain about the headline too. It doesn’t even mention cancer research (something of interest to many, many people, most of whom may not be interested in the financial aspect of research in general). I appreciate the place that the BBC article has in this - money certainly is a factor - but it’s hardly the main point or the most interesting thing here.

Seems like the real question is why HeLa is so dominant…

I agree with crankypage and peguinchris, the headline grabs your attention while being shamefully misleading. Stating that “Lab mistakes are wasting millions in research funding” is like saying “Driving errors waste billions in gasoline.” Or “Unforced tennis errors cost pros millions in prize money.” All statements are almost meaningless. Anyone who has worked in a lab knows that mistakes (like pipeting mistakes) are absolutely pervasive and a necessary part of the enterprise.

Point (1) is not news - it has been known since at least the late 90’s with the advent of gene microarrays showing huge differences in gene expression between primary cancer cells and cultured cell lines. However, thoughtful scientists should have always been aware that cultured cell lines are only models for cancer. This brings us to the theory of valid disease models which is not some trivial issue that can be resolved by using 100 or 1000 cell lines instead of 4. (Note also that using larger numbers of cell lines decreases statistical power and increases heterogeneity). Disease model validity is certainly not some minor issue related to mere waste of research funding but a serious and profound problem in all of biomedical science. Ms Koerth-Baker’s headline and treatment of this issue does not give this scientific meta-issue its due, particularly as it is mixed in with point 2.

Point (2) is that scientists make pipeting errors, similar to a headline reading “Sky is blue.” However, what is shameful to cancer biology is that it sounds like few people are verifying their cell lines. In the article, no evidence is given to support this (e.g. % of papers reporting cell line genotyping, or % of post hoc genotyping showing contamination). If this is a bigger issue than previously known, and no one in cancer biology was enforcing cell identity verification then this is a serious issue. However, in my view the story is not “wasting millions in research funding” but that this is a problem of heretofore unappreciated scale that needs to be fixed.

Rather than targeting cancer scientists who (when funding levels allow them to work) are generally trying pretty hard to overcome their own limitations to figure out how things work, how about saving your headlines about ‘wasting millions’ for truly wasteful industries like Wall Street and the MIC?

The research wasn’t “wasted”. The research was just less than optimal. Research is always less optimal now than it will be in the future when your tools and knowledge have improved. The techniques developed with less than ideal cell lines are what make us so much better at using the better cell lines we have today. Hell, the recognition that the cell lines were less than optimal is what lead to people developing better techniques to grow better lines. The lauded new cell lines exist because of the millions “wasted” learning to build better ones.

You have to power your way through less than optimal research techniques to get to the good stuff. This is true of literally all research. Your first attempts to use new tools on a problem tend to be ineffective. You learn from your mistakes and get better, building yourself better techniques and better tools.

The proper headline would be “new research techniques make cancer funding more effective”. Calling it “wasted” would be like calling the money and time spent on graph paper wasted in the early semiconductor days. If those fools had just used powerful computer analysis that didn’t exist yet, they could have saved so much more time and been effective!

Every time I read your science articles I see fundamental inexperience and unawares of many aspects of scientific research complicated by the fact that the explanations that you give are often utterly scientifically incorrect. To make bold headline claims of “wasted” funding and to speak negatively about this research as if you have personal expertise in evaluating the total issues at hand, or to rely on the supporting opinion of one or a few scientists that selfishly squeak their opinion into the popular news circuit, is quite frankly disingenuous and a misrepresentation of the goals of publishing science in the first place. These particular studies have not wasted research dollars at all. What they have done is DISCOVER, exactly as they are supposed to do (in peer review), problems in accepted methodology, and then give a chance for peer review to track it all down. This happens all the time in any branch of science. These are not trivial things to do. What may appear on the surface to be improper methodology risk, amounting to waste, to you, can easily be attributed to the fact that those risks actually work in many other contexts that you (or the BBC) have not reported. It’s therefore not like misplacing the keys to your car and scientists need to have their methodology chastised in public. Mistakes happen with cell cultures because they are inherently difficult to isolate and grow without systematic error, and the fast pace of scientific research, which we all want, is not without human error. For you to fail to encapsulate all the reasons people do research like this is terrible. To use language that lambastes scientific research in public, and effectively impose reckless public attention to funding and release into the wild your naive perception of what research risk is not valuable, is absolutely disgusting.

You’ve lost my readership of your articles.

Also the National Cancer Institute has its repository of cancer cell lines that are used to screen compounds.

The Frederick National Lab is dedicated to improving human health through discovery and innovation in the biomedical sciences.

I feel a bit like I’m piling on, so I hope this isn’t harsh. It isn’t intended to be. I have to agree with those who have posted that this information is simply re-search. Better practice has come from learned issues.

I should be considered a well-versed layperson when it comes to science, but I do keep up on current topics. Another recent story making the rounds is the fact that federal rules are being changed to require more female mice to be used in lab experiments (don’t think the story hit BB). This is because researchers previously omitted female mice due to hormonal shifts, but those same hormonal shifts seen in mice could help to predict side effects in female humans. So again, after problems were noted in practice, better practices are now being enforced. 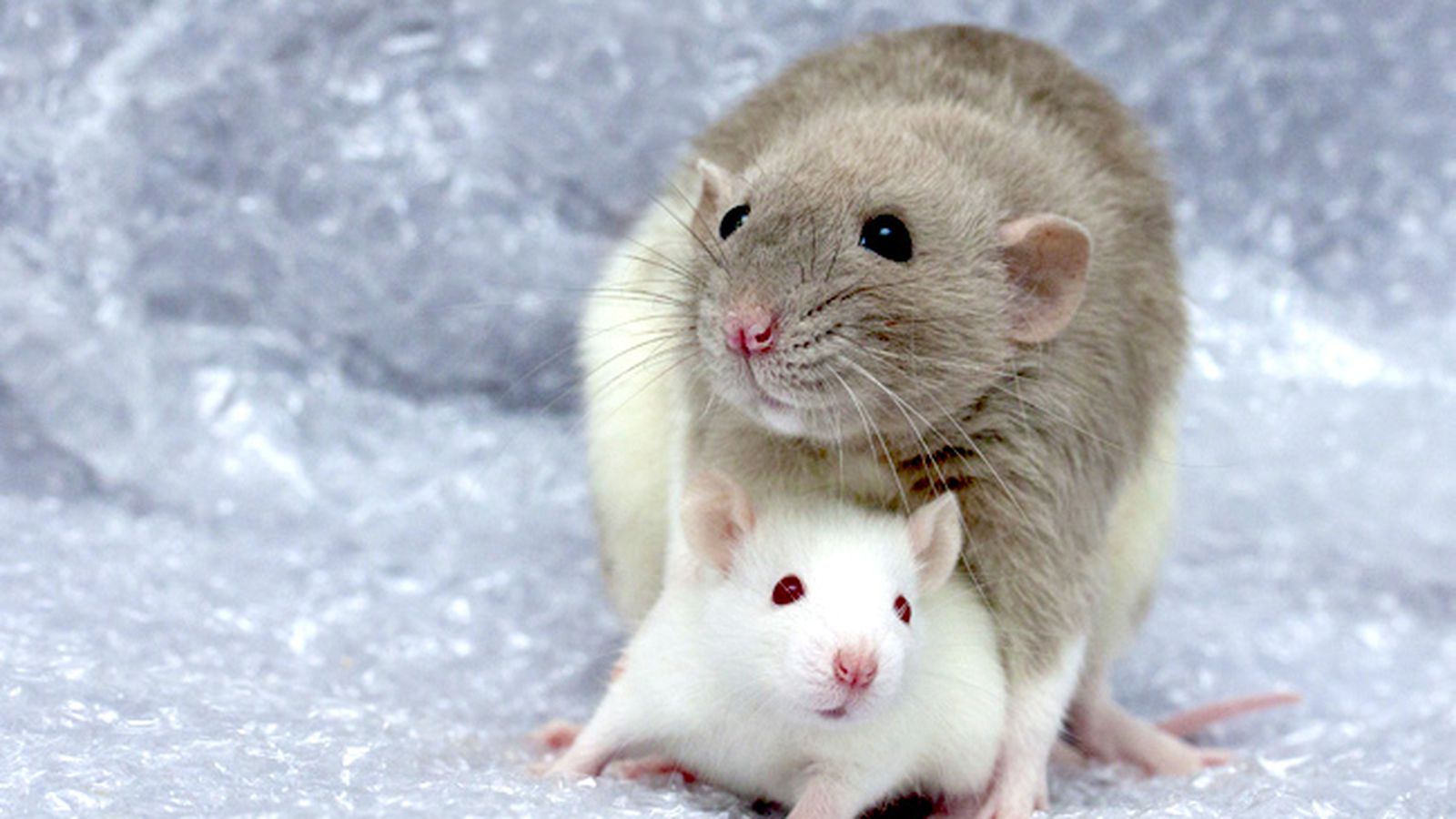 Starting in October, biomedical researchers will have to counterbalance their use of male animals and cells with the equivalent in female biological tissues and test subjects. At least that's what...

Agree with many commenters….this is generally a good article with mostly accurate information that brings an interesting topic to the gen pop.

However, the title and final sentence are terribly and unnecessarily negative and, well, misguided.

Rather than demonstrate a negative aspect of science, the process of discovering and freely sharing information about the problems with cell lines described herein rather provides another excellent illustration of what makes science and the scientific method the crowning achievement of humankind to date.