…and then the residents there wonder why folks live in the drainage system.

Another wasted opportunity to address the issue with a proven remedy.

…and then the residents there wonder why folks live in the drainage system.

Live and die there. 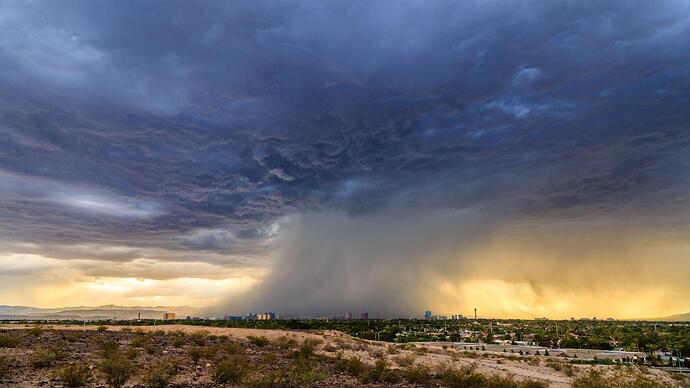 I commend this guy, but considering the kind of red tape is involved in zoning, permitting and construction i can’t say i’m surprised nor should he have been. I’m not unsympathetic but the outcome is something that would’ve happened, the only thing i can hope is that he can turn the attention of the destruction of the tiny home community into action on the city’s part

Still, a zoning commission not completely devoid of empathy or good sense would have gone ahead and scheduled the demolition for a month after the new law goes into effect, with required review prior, rather than just doing it right away.

It’s for sure a waste of effort, time, materials and money that could’ve tangibly benefited people in need. Cities are bureaucracies that (usually) are not going to care beyond what their immediate responsibilities are, at least that’s been my interaction through my job which is construction adjacent. Which is why i say i’m not surprised it went down the way it did.

Also it might’ve not been the case here but i wouldn’t be surprised if they had the tiny homes demoed as to not set a precedent for developers doing unapproved projects. If you allow one like this to happen you can’t guarantee others won’t try to sneak similar projects in.

I don’t say all of the above to defend the city, just providing what i think might be plausible.

Oh agreed. Though I bet there was (and maybe is) a lot of dicey zoning/construction in LV if the developer is wealthy/powerful enough. So it’s likely this was also a case of double standards.

1,200 square feet? I live in a tract home in the San Fernando Valley that, like most homes in this neighborhood, wasn’t even 1200 square feet when first built.

Cities are bureaucracies that (usually) are not going to care beyond what their immediate responsibilities are,

You are 100% right, and it is worth saying out loud that the knock-on effect of that indifference is that only those with the means and the voice to fight can even think to buck the system.

And the vulnerable and the unhoused end up under the boot.

Good idea right? Now they can set up camp on the strip. The powers that be are possibly in someone’s deep pocket. I have traveled the world. Las Vegas us one of the most screwed up political spots in the developed world. Education is ranked last in the country. Mental Health care is ranked 51st behind Puerto Rico. The hospitals are abysmal. I was admitted 3 times in 2 months. I believe next time I’m going to a veterinarian.

… Instead of letting a lot sit vacantly and wait for new zoning laws, the tiny home community was built

Why live in a high rise with people you consider yourself too good for, when you can contribute to the suburban sprawl in a hip and Instagram friendly way?

There is a special place in hell for people who destroy a homeless person’s shelter.

If you’re a small organization rather than a giant developer it’s a lot faster and easier to build a bunch of tiny homes on a vacant lot (especially one zoned for single-family homes) than to build a functional high rise there.

Regardless, sprawl is sprawl.

That lot was destined for single homes rather than a high-rise in any event. Calling these people “Closeted Ayn Rand enthusiasts” because they built small dwellings for homeless people instead of letting the land sit vacant seems pretty callous.