It’s Mario season in McDonalds here in Moscow again, and this time they have Bowser! 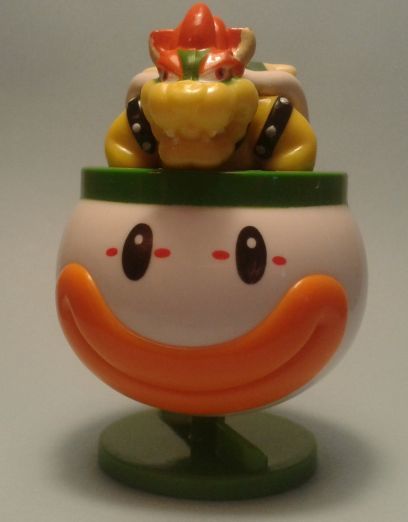 sD2vBjm.jpg408×522 17.2 KB
At first I wasn’t too pleased, as the evil dragon/turtle has neither hands no legs here, but then I thought that it could be upgraded into a lovely mech. Those two holes on the back were all I needed. 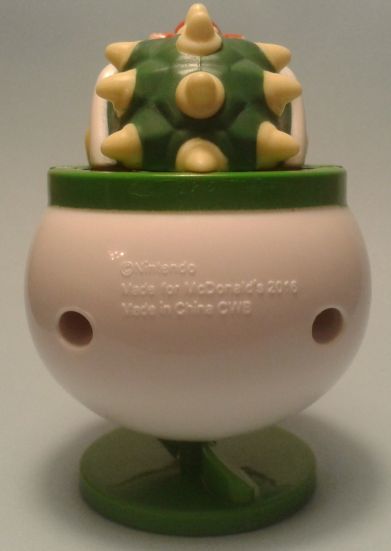 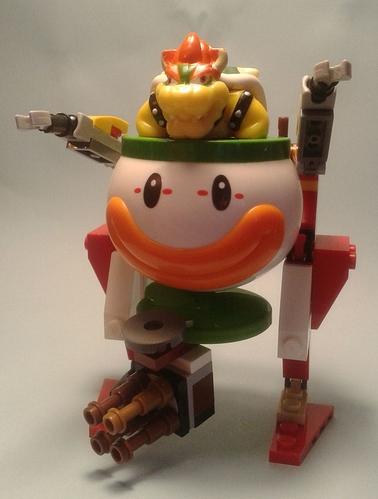 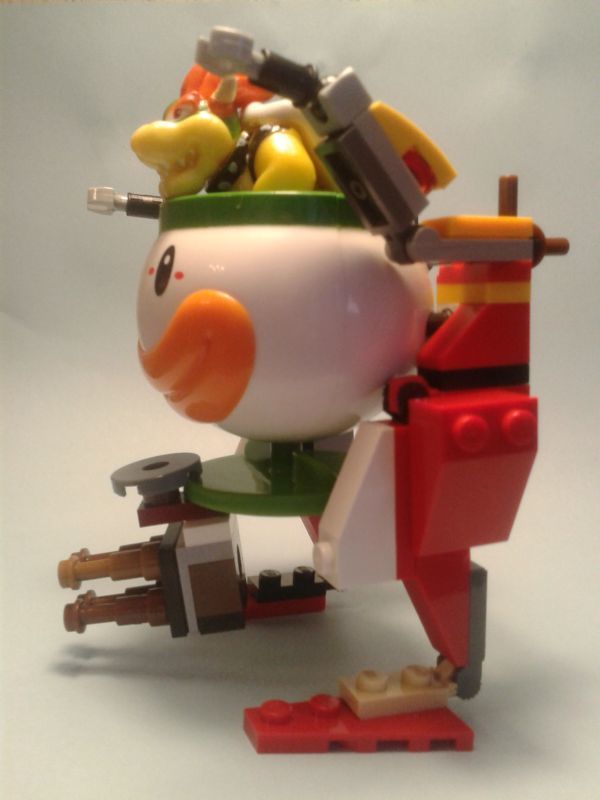 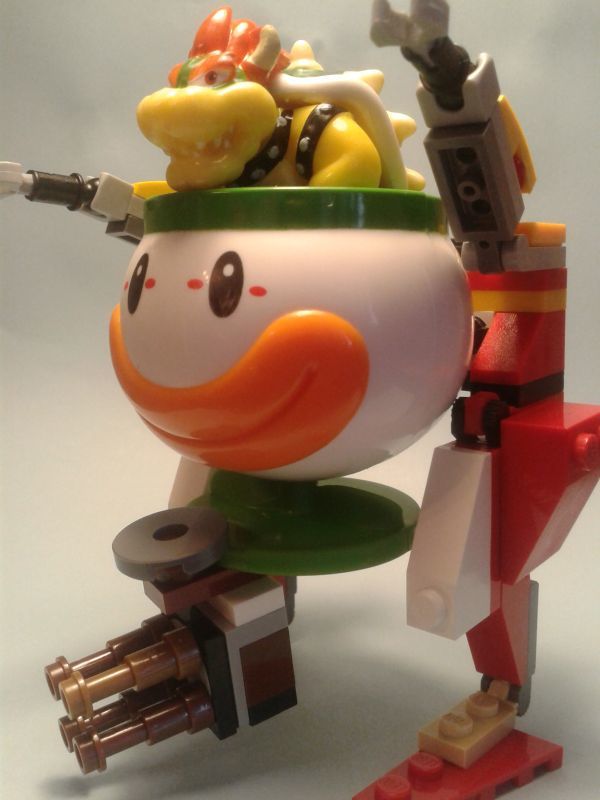 And here’s the chassis without the pod. 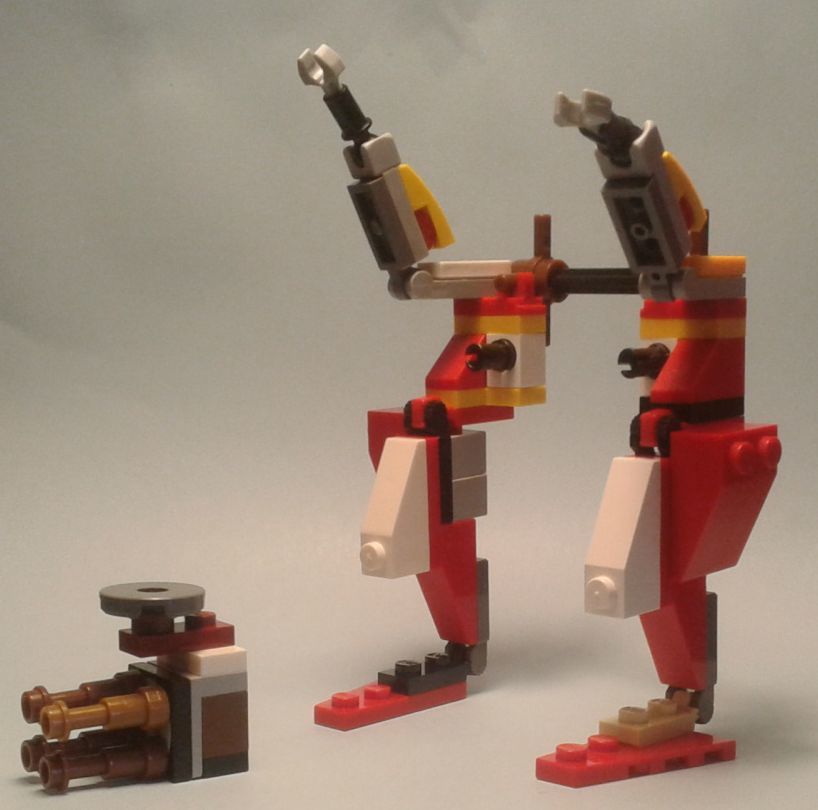 Bonus picture: if you don’t like the clown’s smile, you can take out two screws from those two holes (they have triangular slots though, and are hidden quite deep) and have this lovely grimace: 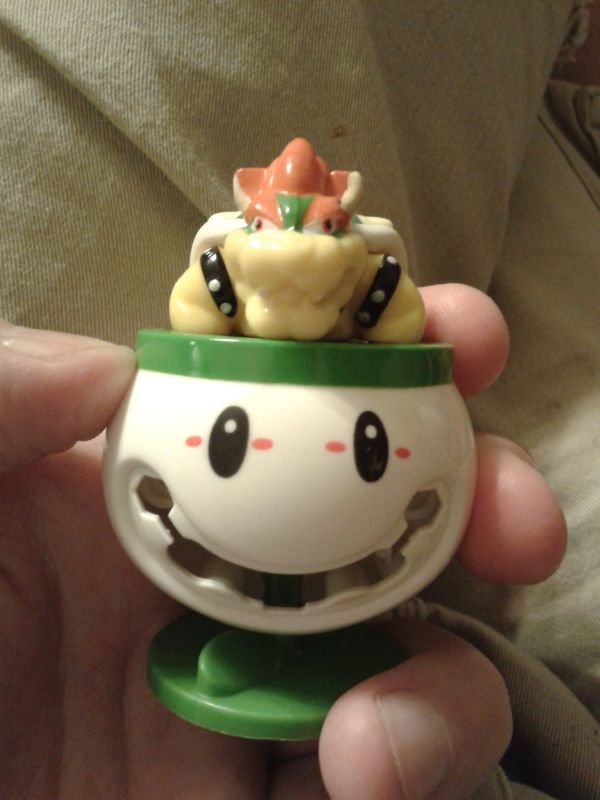 That’s super cool! Thanks for sharing! I often wondered what happy meals in other countries had in them.

Cool! Thanks! I like the mario hitting the box…

There also was a wonderful initiative this year when instead of toys they were giving little books by a famous kids’ writer. One was about grown-ups and kids mentally switching places (e.g. a boy telling his father off because he won’t anyone else walk with his wife), and the other was about different kinds of water behaving like humans. There was also a third one I sadly didn’t acquire.

Awww, I was hoping it was this guy: 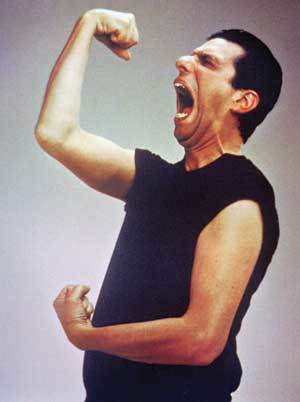 Great minds…
Was wondering how one could make a mecha Bowser.

Demon Princess joins Mecha-Bowser (actually, she doesn’t, as his mecha-legs got since disassembled): 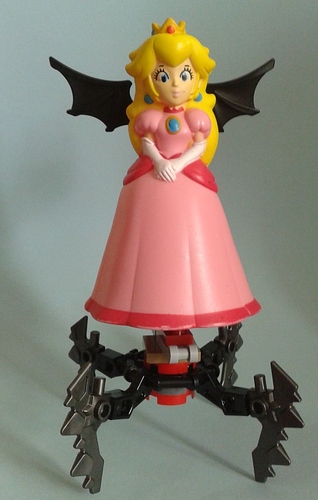 Most of the parts (and construction) are from Ultimate Lavaria.

This topic was automatically closed after 244 days. New replies are no longer allowed.