I have an agreement with myself to slap any MS executives upside the head should I chance to meet them.

With every headline involving Microsoft the last few years, the Windows Phone OS is looking more and more like an anomaly than an indication of a turnaround—in terms of innovation, anyway. They’re f—ked in terms of market share in the mobile OS arena.

IBM is a long time ago, and Lenovo certainly sells what they’re buying.

Can anybody tell me what this means?

This system has a Signature Edition of Windows 10 Home installed. It is locked per our agreement with Microsoft."

Wasn’t the Signature Edition advertised as a PC running Windows, without the bloatware?
(My computing needs are set for the foreseeable future, so I’ve not paid much attention to this issue.)

Good thing I wasn’t planning on buying a Lenovo laptop then! 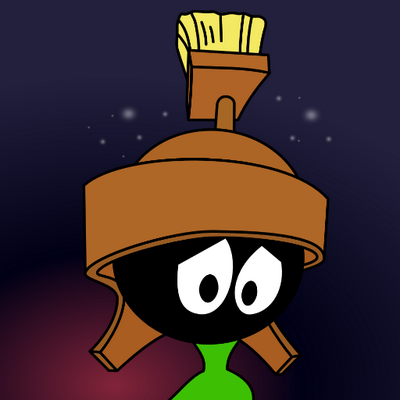 I'm sure you'll all be shocked to hear this, but the "Microsoft made Lenovo block Linux" story is untrue

The background is straightforward. Intel platforms allow the storage to
be configured in two different ways - “standard” (normal AHCI on SATA
systems, normal NVMe on NVMe systems) or “RAID”. “RAID” mode is
typically just changing the PCI IDs so that the normal drivers won’t
bind, ensuring that drivers that support the software RAID mode are
used. Intel have not submitted any patches to Linux to support the
"RAID" mode.

Look at the thread on Hacker News for more reasonable discussion:
https://news.ycombinator.com/item?id=12545878

I clarified it a bit.

Really? I say that portable computing design peaked with the Compaq Portable. Sure, it’s obsolete, but as a hipster I can still use mine, if only ironically.

Yes, but if it is only that, then the issue appears in a very different light.

Unfortunately “at the moment there aren’t Linux drivers for this piece of hardware” is a non-story.

Look, Single drive raid is a perfectly legitimate setup for a laptop.

Yes I see. But what are the alternatives? It’s pretty much

I just bought a Dell because they were the only who could answer the question, "can I turn off secure boot, format the drive and load Linux? I can respect the answer of NO, but it’s vague answers I can’t. Of course I wanted to hear what Dell said, “Yes you can load Linux without any problems.”

I’ve done some BIOS hacking on recent Lenovo laptops. This method worked for me on a Lenovo S41. If it works for this laptop too, then I think that would allow an override to set the SATA controller back to normal AHCI mode.

Sure, it’s obsolete, but as a hipster I can still use mine, if only ironically.

It is NOT obsolete. It is beautiful. Here’s my next: a Lear Siegler terminal that I shall retrofit with a modern LED display and internals.

(Picture googled, not me)

If you like the brand, I guess the ThinkPads are the ones that can be trusted? Cory loves them.

I believe Dell XPS is the hot shit in Linux atm if you want something that starts out Windowsey rather than Chromey.

Locking the BIOS is a seriously dick move.
The question like the previous times is do they do this to the business class laptops and the answer is probably NO because it will lose them the enterprise customers if they can’t be wiped clean and the company image installed/reinstalled regularly as that is a standard ‘fix’ for a lot of software issues. ‘look we can bang our heads into the wall as to why exchange is b0rk3d for 3 days or you could go have a long lunch on company time and come back to a fresh image and be working’.
Not to mention a lot of places are gonna still be on win7 for another year or so at least and some actually have Linux as the desktop OS for you.

Also the business class machines are quite sturdy compared to the consumer machines and will take much more day to day physical abuse.