I guess the ThinkPads are the ones that can be trusted?

Yeah those are the business grade machines which are a different thing from the cheaper consumer grade options.

Lenovo force-enabling RAID mode because of power management is a reason I can understand. Linux, or at least the *buntu-Derivates I tried out last year, has (had?) a horrible power management - battery life was the worst.

I’m sure you’ll all be shocked to hear this, but the “Microsoft made Lenovo block Linux” story is untrue

The word “made” leaves open the possibility that the reveal will be that Lenovo chose to do it (rather than that it hasn’t been done).

Also, Garrett’s mockish “sure you’ll be shocked” phrase doesn’t sit well with me. Such a move is by no means beyond Microsoft, but they don’t do literally everything dickish that a corporation could do (not enough time in the day, I suppose) so I wouldn’t be particularly surprised either way… but “sure you’ll be shocked” seems to want to force me to be “in” or “out” of some imagined cool-kids-in-the-right-sardonic-know camp.

That reminds me, whatever happened to carpal tunnel syndrome? It was the black lung disease of the dot-com bubble era.

Sounds like Lenovo’s PR department should hire at least one individual familiar with linux internals.

Buy a refurbished business laptop. You pay the same or less than you’d pay for a brand new Best Buy consumer laptop, but you get a far better build quality/reliability/repairability/upgradability, and it will not be locked to Windows. Considering how slowly CPUs have been improving for the past several years, you won’t take much of a hit on performance, either.

I will again plug these guys http://interconnection.org/
And they do have an online store now. bah they have gone back to an ebay store.

edit again… they just have it not so obvious.

Meh. Whatever is locked eventually gets unlocked one way or another, on principle if nothing else.

Aren’t there things like Wubi which allow Linux to be loaded effortlessly from the Windows bootloader?

But will it actually work? I had a refurbished consumer laptop.

It was certified compatible with Ubuntu. It was not entirely compatible with Ubuntu. It had no touchpad drivers, instead using a hack that treated the Alps Glidepoint touchpad as a PS/2 mouse, and my hand passing over it as I tried to type as a deliberate series of clicks, moves, double-clicks, etc. It might have worked for some people wo can use two hands at once. It also had a new keyboard, and once that broke, I wasn’t able to get replacement keys for the right design.

That is exactly what I do. Can recommend it to everyone. (Add an SSD, maybe some extra RAM).

Only issue so far is the thing these machines last a long long time (on Linux), so it’s a stretch before a new shiny one.

Here’s my next: a Lear Siegler terminal

Pshaw! If it’s not a Kaypro, then step off with your beige-y carpal-tunnel no-locking keyboard married blahmachine.

don’t you have specialised Linux shops? Tuxedo (German only) sells imo nice and fine laptops. while they only offer pre-installed *buntu the hardware is completely Linux-compatible and runs other distributions fine. not even that expensive, they can use the purchase power and base models of the corporate mothership.

I had a refurbished consumer laptop.

A corporate laptop is far more likely to have linux drivers than a consumer laptop. In any event, as with any laptop purchase where you plan to run linux, you need to do your research and pick your model carefully to ensure it has drivers for everything.

i thought that was supposed to have a metal bar as a handle so you could carry it around. my parent’s one did : )

I shall retrofit with a modern LED display

I sure hope you get some sort of full-screen lens overlay for the barrel distortion. It would look all wrong if the display were flat. Maybe one of those stick-on lenses people put on the back windows of vans? Like this, but viewed from the other side: 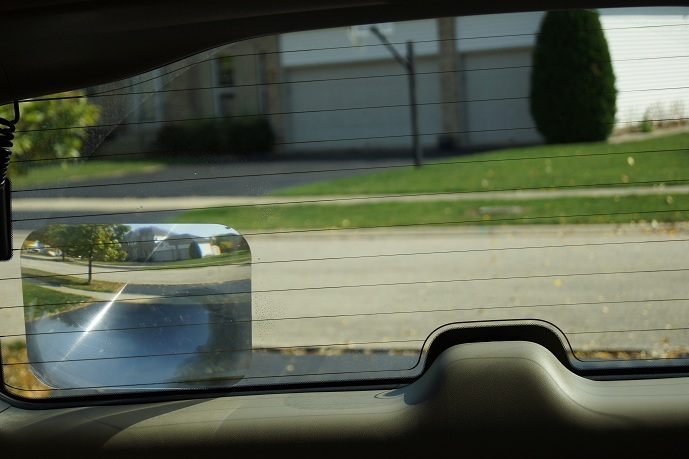 The handle is on the back. 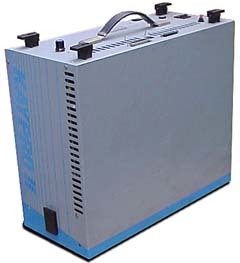 don’t you have specialised Linux shops?

At the time I was able to travel to Micro Center, but they didn’t sell Linux. I was picking up my Toshiba after repairs, confirmed that it had not been repaired, and got a trade-in.

In any event, as with any laptop purchase where you plan to run linux, you need to do your research and pick your model carefully to ensure it has drivers for everything.

Which is what drove me back to an Apple computer and OS X. I had assumed that computer screens would be designed to look at, but some manufacturers, such as Toshiba, and Лос, and now tablet manufacturers, make theirs too bright to look at, even at their minimum brightness settings. Of course with Apple building ipads and removing usb ports, I can’t assume their newer hardware is accessible, or their next set will be accessible if something happens to my current machine. As it is, I have to install special scrolling software, and haven’t been able to disable the built-in animation and flashing cursors.

Have you looked into adhesive neutral density films? They’re generally intended for dimming windows but might work on device screens.

That reminds me, whatever happened to carpal tunnel syndrome? It was the black lung disease of the dot-com bubble era.

Mine started to clear up six months after I retired.