Let's get this place ship-shape!

Continuing the discussion from Making, Crafting, Creating… aka Whatcha workin' on?:

Is de-cluttering and organizing a craft topic, I wonder?

Got all those books dusted, organized, and reshelved? Fixed the broken whatsit so you can finally put away all the tools? Organized your tools or kitchen utensils? Or just cleaned your desk? That can be a monumental struggle in itself.

Report on your personal struggles and triumphs in the battle against entropy.

So this evening I have, in fact, literally been dusting and reshelving stacks and stacks of books, as the tail end of one of those endless-regression tasks.

Backstory: One of the solar installers back in December wrong-footed while up under the roof and cracked the living room ceiling panels in a couple places, so that had to be repaired and then the ceiling needed to be painted to cover the repair (they footed the bill.) We also decided to pay the painter extra to recaulk the panels and do the dining room, kitchen, and hallway too.

Painting the ceiling meant all the books had to come off the topmost shelves in the living room and get moved to the back, and once that was done it became apparent that:

So, once the painting was all done, I started clearing out more shelves in groups so that I could drill and put in some more screws to reinforce each of the bookshelves, from the top shelf up into the cross-brace at the back, and from the bottom shelf down into the cross-brace/kickpanel at the bottom. I finished the last of those last night and have been dusting and reshelving more books in the living room this evening - mostly from my wife’s psychology collection - though I’m not quite finished yet.

I enjoyed a bonus quiet chuckle as I observed myself dutifully dusting and reshelving her collection of books on feminism.

Exactly. And really, doesn’t every project end up like that? At least they seem to for me. 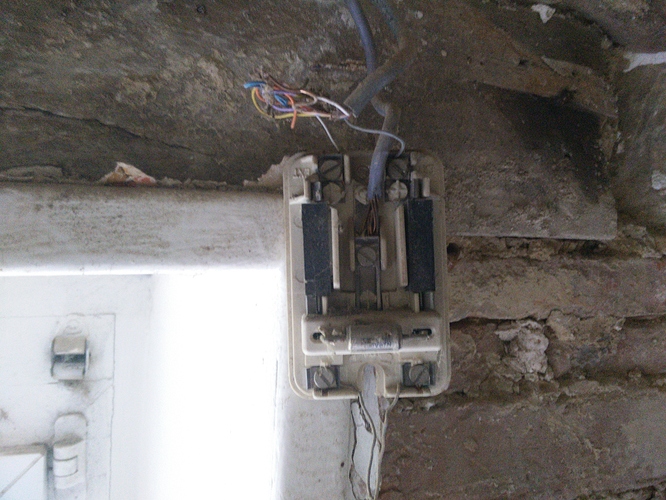 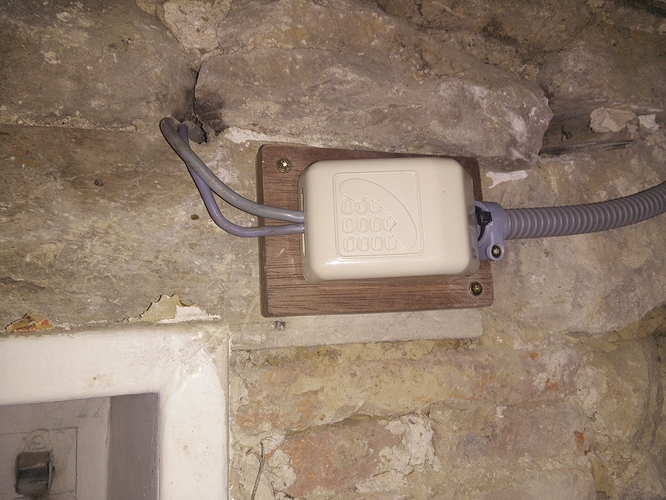 Not nearly what I wanted. I love to restore when appropriated. I really like to use modern stuff when using it.

But it works, good enough.

Report on your personal struggles and triumphs in the battle against entropy. 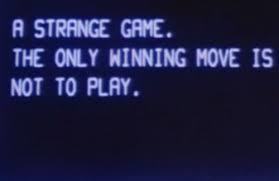 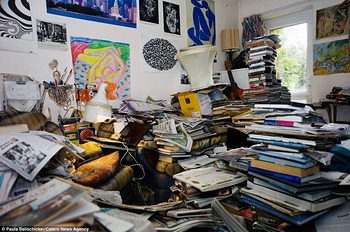 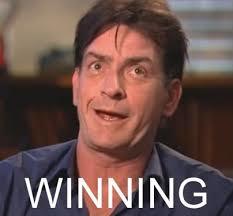 I did tackle the home network recently, but I didn’t quite have the time that I needed… A few rat’s nests were transformed into semi-organized runs, but I would need an entire day to do what I would like to accomplish.
Also did a major dejunking of the garage last week – with a little shuffling, we could probably actually fit a car in there now.
My next big project will probably be something along the lines of @Clifton’s book project.

this made me think of, ‘There, I Fixed It’ 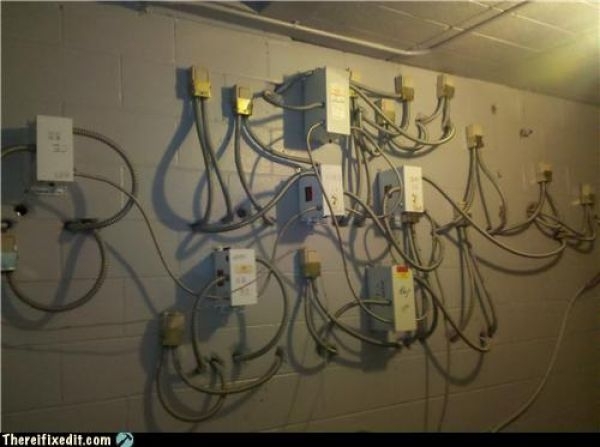 That may have been my biggest, most satisfying laff of the week. 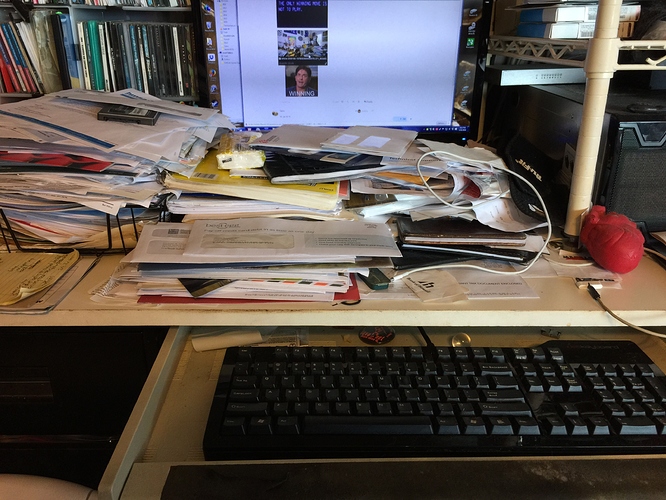 Hmm, I see no dirty coffee cups, used tissues, and your keyboard doesn’t have visible crumbs.

You are above average.

Shouldn’t we each have a raspberry Pi with a separate monitor and ALL IT DOES is have a browser with the boing boing bbs up at all times? I think the bbs is an appliance, at this point.

I usually only think about organizing when it’s time to move to a new rental. The good thing is that we moved in June, and somehow, I’ve managed to declutter and stay pretty well organized since then. It helps that I got rid of lots of stuff in the move, and I don’t have a budget that allows me to fill up the empty space with new stuff! Hmmmm, maybe I should post a picture of my craft shelves when I get home. I’m pretty happy with how they’re organized.

The Junky Corner of my office… 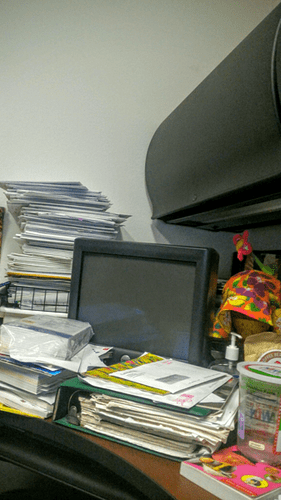 1456439778921.png338×600 302 KB
Stuff that should have been tossed ages ago…
Not sure why that monitor is still there – I guess because the old single-purpose computer is still below the table there… The sky-high stack is stuff where I just use the electronic reports, but they don’t have an electronic-report-only-option, so I have been stacking up the mailed reports.
Our spring fling is coming up, so I guess that I will toss them when we have our clean-up day with lots-o-extra shredder bins.
6 Likes
jannamark February 25, 2016, 10:48pm #17

Yay! First up, the kitchen, so we can have supper! And while I’m at it, maybe one of the really scary kitchen drawers! Or the top of the fridge!

What? You don’t have $5 for the cheapo Pi? Damn people are tightwads round heah!

Maybe Noah is right. I should make the piBBS distro.

What do you guys want, Ubuntu, Mint or Debian?

I trend towards Ubuntu, but I hear mint is nice.