London bans Uber; firm can stay while it appeals

I managed to find an exclusive look into Uber

especially in a city whose leaders don’t seem to understand why Uber is so successful.

Oh, I think they understand alright. Some of them just don’t care.

This is what Sadiq Khan (the person who nominally runs London) had to say: 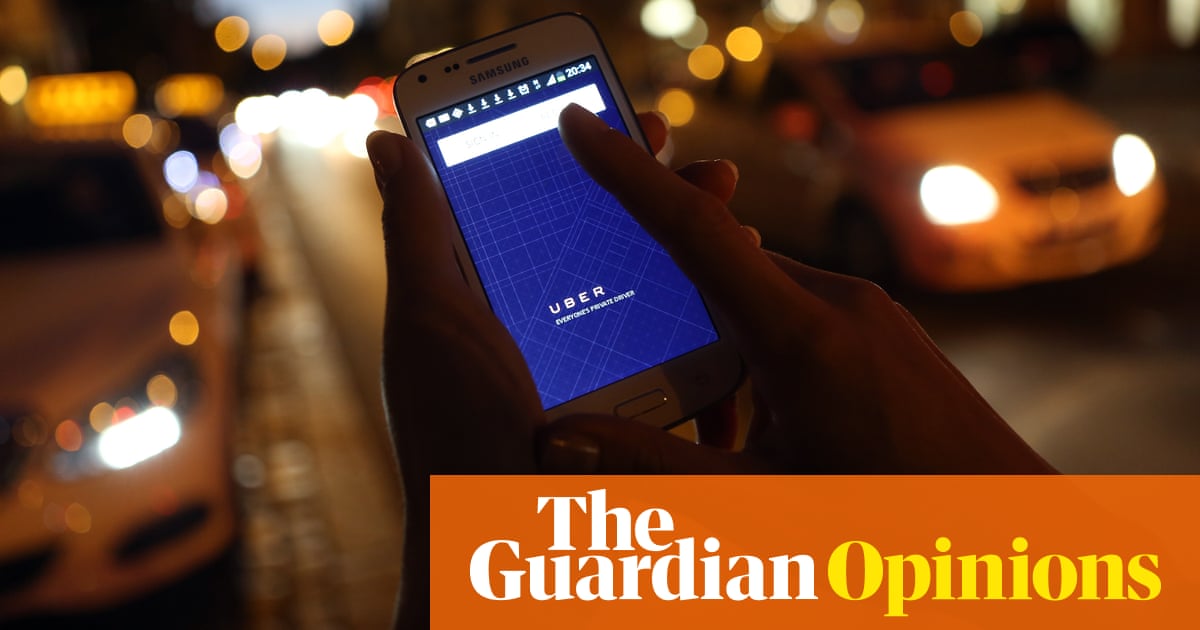 Our city is a hotbed of innovation and entrepreneurship. That’s because it’s renowned as a place where everyone has to play by the same rules, writes the London mayor, Sadiq Khan

A whole bunch of stuff justifying the decision on grounds of ‘passenger safety’ and only one specific mention of their business model/ treatment of drivers. That from a nominally Labour politician.

The stuff from the Tories is basically just: “Peasants should be grateful for having no job security or rights. That way rich people will be more prepared to hire and fire them and that way they’ll have more work.”

Funnily enough, the ‘Law and Order’ party don’t see to have an issue with Uber deliberately trying to flout regulation - which is one of the reasons for the license not being extended.

Probably because they don’t think there should be any.

I may not love London cabbies, but I certainly respect their knowledge of the city. Does technology enable an Uber driver to do as well in the city?

I’m surprised by Uber’s response. They should definitely challenge the order but it would be nice for them to also say they take the claims seriously and will investigate them and correct any problems they discover. It’s like they don’t even try to PR.

Does technology enable an Uber driver to do as well in the city?

Snark aside. Someone who is very familiar with a city will likely know which routes will be best in certain circumstances. Like what roads will be congested at what times, etc. but then again a good GPS with traffic/congestion updates should in theory work.

Does technology enable an Uber driver to do as well in the city?

As far as I know - no. But well enough. As in a cabbie may know the absolute quickest way from A to B and know exactly where your obscure hotel is but the Uber guy will get you there eventually and not that much slower most of the time.

I suspect the cabbie wins if there’s road closures or something.

I’m surprised by Uber’s response. They should definitely challenge the order but it would be nice for them to also say they take the claims seriously and will investigate them and correct any problems they discover. It’s like they don’t even try to PR.

Well, the problem with that would be that they can’t do that. If they do, then they acknowledge that the decision is justified.

Plus they know perfectly well that the concerns are warranted. The things the decision is based on are all things that Uber is deliberately not doing because their whole business model relies on not doing them.

What’s important is how much love there is for cabbies in Transport for London and other regulatory agencies. My guess is: more that there should be.

Rob’s not wrong when he says that no one likes London cabbies.

but I certainly respect their knowledge of the city.

“The Knowledge” is actually pretty legendary. The Knowledge, London’s Legendary Taxi-Driver Test, Puts Up a Fight in the Age of GPS - The New York Times

I’m guessing they understand the appeal of Uber perfectly well, but can see the writing on the wall that Uber is financially unsustainable. When Uber collapses in a few years, London ends up worse off if their alternative cab infrastructure has been sufficiently damaged. A city can’t base its long term plans on the short term fortunes of a company with no viable path to profitability.

But they have a new CEO!

Uber deliberately trying to flout regulation - which is one of the reasons for the license not being extended.

Probably some of each in play here. Too little information to determine.

But they are a valuable source of casual racism!

given the nature and level of training licensed london cabbies are required to have before taking the wheel with paying customers, i’d consider it very much a safety issue. it’s also a level of training uber would never be willing to guarantee and maintain.

Uber’s level of hyperbole about how they’re a force for good and social change rings hollow when you look at their actual record in those areas. They crow about how they’re “disrupting established markets” and how that can’t be anything but good, while ignoring the fact that the service they’re moving on in has regulations and requirements for how the service operates and who is allowed to work in it that have evolved and developed over centuries, and that simply ignoring them for the sake of being disruptive can’t be anything but bad.

It’s certainly appropriate that any driver for hire should have the same training in safety, as well as insurance for both vehicle and driver (possibly bonding for the latter). This puts everyone on an even playing field as far as the safety of passengers and pedestrians is concerned.

Over and above that, London “black cab” training (afaik - I welcome correction) is pretty much involved in knowing the street layout and locations of various destinations. In that area, I think the passenger should have the choice of a traditionally trained driver versus someone using GPS (Uber or any similar service).

Many of these “regulations and requirements” have as their primary function the artificial restriction of supply (i.e. taxi medallions). Think of it as DRM for urban transportation, and you’re not far off the mark.

There are minicabs galore in London. The Knowledge Cabbies don’t have some kind of evil stranglehold, they are just good at driving in London. You can get across the city in a car for a lot less than a black cab charges. Might not be as fast, but there’s no desperate need for an Uber.

This ruling is corruption in action, pure and simple, there’s a pretty good chance Uber will win their appeal, hopefully they do.