Thanks!
And for once, it’s cheaper in Canada - retail!

I have the exact same problem. I buy .9mm lead mechanical pencils instead.

I’ve been tempted by Zebra’s multipen for a while…

I’ve had horrible luck with zebras lately. All sorts of jams.

Lately I’ve been using a pentel p1035 (Sharp Kerry). But I’ve not had it longer than a few months.

My favorite that I have is this one. 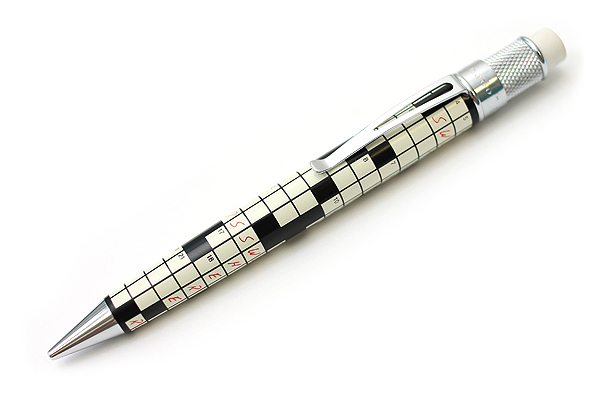 with a .9mm lead. I think they only make them with bigger leads now. I also have some cheapie .7mm ones that I can’t remember the name of that are actually pretty awesome.

Now if they could combine this with Uni’s Kuru-Toga’s lead-rotation engine that would be one helluva pencil-one that uou can press hard and it keeps a sharp point.

Muji sell a copy of the Pentel Graph Gear 1000 that is my fave.

I can’t really comment on the quality, since I use it comparatively infrequently, and perhaps you have something different in mind, here’s something that’s marketed towards sewers.

(Joann’s plays pricing games-- 40 percent off is a standard, albeit periodic discount. Also, they come in various colors)

i’m not sure i liked how the metal tip of their pencil drags in intervals, that would probably make it unusable for me for drawing. i hardly ever break leads though, so this isn’t really an issue for me. have any artists tried these for drawing?

where i live they sell pencil leads of all the various diameters in a range of the standard hard/soft, as well as a few color alternatives. if people with breaking problems are writing, they may not be using the ideal hardness of lead for writing.

i have quite a few favorite mechanical pencils, but i load each one with different lead and use them for different purposes in sketching. I also use a lot of non-mechanical pencils for drawing, I love woodless ones. For writing, I’m a pen only kind of guy. I love my mechanical watercolor pencils.

I came here to post that. If it’s a choice between this and Kuru-Toga, I will have to stick with the Kuru-Toga.

Nice i will check those out