I’ll admit to liking my computers with a dash of vulgar display of power; but those RAM numbers seem…ambitious…for the money.

I’m running a 2015 mbp with a busted screen. Apple would you please make a computer us poors can afford.

Having used an M1 for the past few years, the RAM has never been an issue. Between how the MacOS operates now, the speed of SSDs and how the hardware shares memory addressing between different functions, there has always been memory available as needed.

I was wondering about that.
FWIW, my work bought me a Macbook air M2 and I did ask that it was shipped with 16gb of ram so I can use it as long as possible.
My main machine on my desk that I’ve been using since 2017 is an iMac with the 1tb fusion drive and 16gb of ram and I’m considering later this year replacing it with a Mac Mini so I can run two large identical monitors off it because that would cost about the same as getting a new iMac with a good 4k connected to it.

Yay? I have an M1pro and I really don’t feel the urge to upgrade due to fear of lack of compute.

I don’t game on Mac though: I just stream it from my gaming PC to my Mac using Steam

I will concur. I’m using a M1 MBP with 8GB, and while I have very occasionally run into a bit of memory pressure, in general it has been just fine, while doing some serious coding and running a bunch of Docker containers.

Good, my father needs an update from his intel based Mac that has developed too much personality.

Agreed - I have a 16GB M1 MBA and it was possible to do 4k video editing with Affinity Suite running in the background, a browser with god only knows how many tabs open and play music with no apparent slowdown.

I don’t know how they’ve done it, but the M-processors are incredible. And the battery life is excellent too.

The only thing I would say, is don’t cut costs by ordering a small drive - you will probably run out of disk space before you hit performance limits.

I have the 8GB mac mini, and reddit likes to put it into swap.

Wow, Ming-Chi Kuo got it pretty close way back in March: 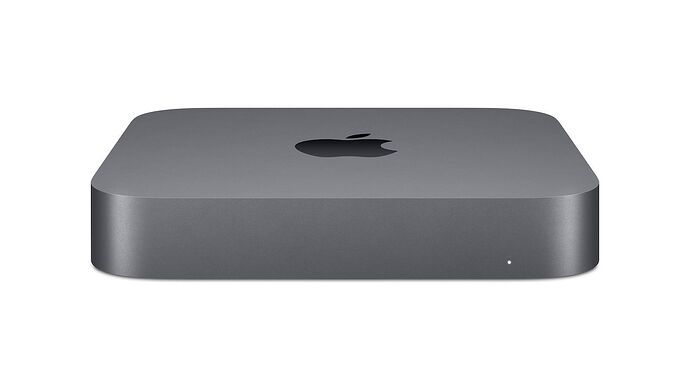 Apple will not launch a new Mac mini until 2023, reputable analyst Ming-Chi Kuo said today on Twitter, revising a previous prediction he made prior...