Majority of Republicans think higher education is bad for America

given the trajectory of the republican party over the past 40 years, is there anything about this that comes as a surprise?

Great - they get the Dr’s without degrees.

The correlation between education level and liberal views is well studied and documented. It only makes sense that Republicans and the right would exploit this knowledge and push the “colleges are brainwashing your kids” narrative.

It’s anecdotal but everyone I know who is highly educated yet right leaning is also a narcissistic sociopath. Although highly educated themselves they’ll be the first to tell you all about those damn liberal schools messing with kids heads.

There is a cult of ignorance in the United States, and there always has been. The strain of anti-intellectualism has been a constant thread winding its way through our political and cultural life, nurtured by the false notion that democracy means that “my ignorance is just as good as your knowledge.” – Isaac Asimov

The current name for that cult is the Republican Party.

And that’s why a lot of your readers know that when you rail against Trump, it’s only partially about Trump.

This may be part of the reason: 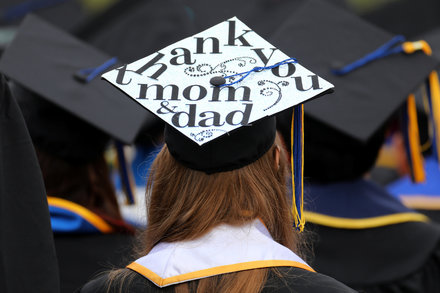 Opinion | How We Are Ruining America

College-educated Americans have become devastatingly good at making sure children of other classes can’t join their ranks.

“My readers”? I think you meant to address that to @doctorow instead of a lowly commenter.

It’s not so much that they don’t appreciate higher education, just that colleges these days teach you how to share, how to be gay, to turn against Jesus and mobilize against Christmas, to question the Patriarchy, and for women, how to where things without sleeves and show your toes.

But why do they think it is ruining America?

The piles of debt it can levy on students?
Lack of alternative education paths like trade schools?

That it indoctrinates liberalism?
The percentage of international students instead of Americans taking seats?

I’d actually like to hear if the main reasons are shared base frustrations with higher education or not.

(There are various reasons that could be put forward, definitely more than four. And many better, or worse, than I put forward. I just wonder what other people think when such a simple question is asked of such a complex issue.)

given the trajectory of the republican party over the past 40 years, is there anything about this that comes as a surprise?

It’s the end result of the GOP spending all that time claiming that the country’s “elites” are academics (particularly those who see higher education as something more than vocational schools) and media industry people, while simultaneously pretending that billionaires (or grifters who claim to be billionaires) are “salt of the earth” regular guys. Which of course ties into the conservative base’s “temporarily embarrassed millionaire” syndrome.

So because a handful of ultra-wealthy people who are into economic segregation happened to have gone to college, the very idea of higher education is a net negative on America? Hmmm. Yes, it all adds up, given that Republican policy is so focused on opening up educational opportunities to underprivileged people…

And that’s why a lot of your readers know that when you rail against Trump, it’s only partially about Trump.

Obviously the problem goes deeper than one man. When one of the two major political parties in the United States nominates and elects someone like Trump then you know that party has some fundamental issues.

I suspect the frame of mind when answering this question is the thinking that colleges are harbors of leftist ideals, and full of nonsense like “safe spaces” and hippies.

I wonder if the question was worded if “Higher education is good.” the replies would be different.

I could be wrong.

To me, colleges and universities being bad for the country is a 3-4% we-are-ruled-by-reptilian-shapeshifters kind of view. Getting only 55% support in the general population makes me feel like they are answering a different question than I’m reading.

Repubs have always had a fear of college liberalizing their children (it was one of Santorum’s favorite lines of rhetoric). But things changed recently. My guess, its all the fabulist tales from faux and friends about safe spaces, trigger warnings and social justice.

True, but that’s still a breathtaking turn the left pair of graphs in @JamesBean’s chart (directly above) made between 2015 and 2016.