Well, that’s disconcerting. Though I suppose every pilot has the capability to plow their plane into something it shouldn’t. Lucky for me, I can’t afford to air travel!

Always cracks me up when I fly and people say “fly safe” as if I somehow have a choice around whether we are safe or not.

I always reply “That’s up to the pilot”

You can do your part. Offer a shoulder massage. Get him a cocktail (just one, to take the edge off.) DON’T throw a coin into the engine for luck.

I knew a guy that worked at Inmarsat. During the initial investigation, he told me that they knew where the plane was while they were still searching in the south China sea, but the government wasn’t listening at that point.

I’m curious if the investigators have sent a search ship to look around the area right where his flight simulator says he would have run out of fuel?

Though I suppose every pilot has the capability to plow their plane into something it shouldn’t.

Right! The horror at learning the pilot can depressurize the passenger cabin is tempered by the “oh yeah” moment that comes in remembering all the other things they can obviously do.

Always cracks me up when I fly and people say “fly safe” as if I somehow have a choice around whether we are safe or not.

I always have the same reaction to “Drive safe” as well - as if I’m not going to. I try to prefer statements like “Hope you have a great drive/flight” instead.

If aviation can ever get off their collective butts and start implementing any of the umpteen improvements to radar tracking that have been proposed, we might be able to get these sorts of answers without speculation in the future.

Sadly, this will probably come before mandatory human factors tests (i.e., mental fitness exams, both due to physical and emotional factors) become a regular thing. Right now it seems like most mental fitness concerns require colleagues to raise a red flag, and that rarely seems to work consistently (especially if your colleagues are suffering through the same physical factors such as flight/turnaround time or sleep depravation, etc).

It’s certainly an explanation worth investigating further, but certainly not evidence that he’s “surely a mass-murderer and a suicide”. Yes, did he play with a simulated flight that resembles the one that MH370 may have taken, but he was a flight simulator fanatic in general and most of his simulated flights weren’t like that. When I used to be into them, doing weird stuff with them was half the point – crashing in weird ways, etc.

When I used to be into them, doing weird stuff with them was half the point – crashing in weird ways, etc.

Absolutely. Consumer flight sims are all about doing the stuff that you can’t/won’t do with an actual plane. Flying a Lear jet through downtown Manhattan? Check. Big big big plane landing on a tiny island airstrip? Check. Trying to then get big plane back in the air? Check. Gee, I wonder how far the map goes in, ummm, THAT direction? Also check.

We do know that some people are sadistic assholes who will use flight sims to train for doing the real thing. Most of us though are just shitting around with computers. 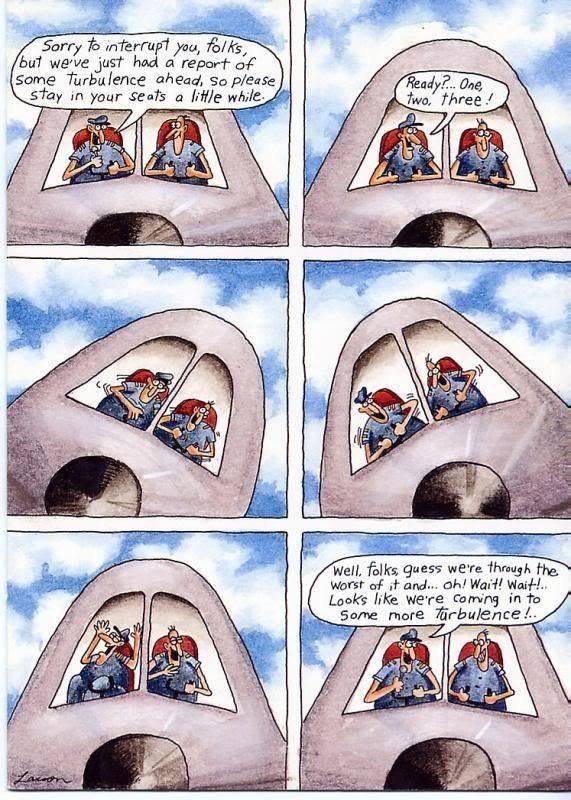 The article seems to imply the wreckage will never be found, because it slammed into the ocean at such a high speed it basically turned into confetti.

I found the amount of ink used to discuss Blaine Gibson and obviously express some admiration and even envy of him, to be bizarre at best. Gibson, an amateur who found some shit on some beaches, is presented much more personally and in more depth than the entire Independent Group, who were actual skilled professionals.

For that matter, Gibson is presented in positively glowing terms compared to that one lady who claimed to have seen a plane on fire, who was described as a “vagabond and tarot card reader” so that we would be sure she was untrustworthy. I’m not sure what the point of any of that was. Why did Gibson need an “up close and personal” section, when he could have been described as “a traveler who became interested in the crash and spent months searching various beaches”. The potentially distorting effect of the debris being overrepresented in beaches Gibson frequented would not have been harder to grasp without knowing that his father had been a California Supreme Court Justice for 24 years.

I’ll confess I’m so distracted by this strange style of reporting, which strikes me as US-centric and dripping with privilege, that I find it hard to trust the conclusions.

The article points to a scary number of documented cases of pilot suicide. I had no idea there were so many.

I always reply “That’s up to the pilot”

You can do your part.

[ETA: the gif worked when I posted… Julie Hagerty blowing (up) the inflatable pilot in “Airplane”]

One of the downsides to zero-tolerance in industries like this, be it around mental illness or addiction is that it makes people reluctant to seek help.

If going to a therapist or a treatment program can get you fired, you’re going to think very carefully about doing so. You’re more likely to just hide the problem and pretend everything is fine. You’ll find ways to cheat the evaluation. Ironically, making pilots prove they’re in good mental health or they can’t fly actually exacerbates the problem.

We need to revamp the entire approach as to how we handle mental health. Treating people who are sick as threats is how more people get killed.

The small number of pieces of Boeing 777 that have turned up as flotsam in the Western Indian Ocean would suggest that was the case.

But surely this can’t be right. An amalgamation of hundreds of different materials doesn’t just disintegrate into dust; not from some tons of force. One would assume the physics with these materials be far more complex than that, no?

I was just thinking how stupid it is that all the information is locked in the “black box”. At this point I’m sure all that information (and more) could be transmitted back to land. It would be great to have a backup on the plane but it’s pretty ridiculous you have to go searching for the plane to find it.