Report: Before plane crashed in France, pilot was locked out of cockpit

Other pilot had a heart attack or something else incapacitated him? What are the odds of that happening while the other pilot is out of the cockpit?

One could imagine:
Alice says, ‘Bob, could you get me an asprin’
Bob goes fetch.
Alice is incapacitated by health problem.
Terrorist proof door seals the doom.

It used to be the spec – pre 9/11 – that a cockpit door had to be designed so you COULD bash it in. One of those things.

Do you mean what are the cnances he had a heart attack, then controlled flight to 10,000 or so feet, and made no radio calls while the other pilot was out of the cockpit, trying to get in?

Or if he controlled flight to 10K feet without making any radio calls and was -then- incapacitated, while the other pilot was out of the cockpit, trying to get in.?

I can’t imagine a scenario where these events happen without somone doing something very much against their training.

The Germans may be so bad at euphemism that you’re failing to see they are telling us it was a suicide.

telling us it was a suicide. 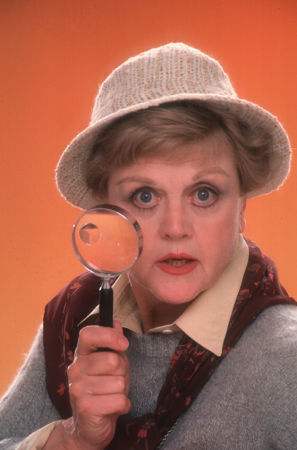 I wonder how the cellphone coverage is in that part of the world.

Quite right. Mass murder - suicide looks pretty plausible. More so than any series of unfortuante mishaps.

I hate myself for all the speculatory mind-games I can’t seem to not engage in, but mass murder - suicide reads like the penultimate expression of an extremist world-view.

So…crap. I just hope we’re able to learn something that will help someone else down the line.

So if this is the second-biggest expression, what’s the ultimate expression?

That would be the sound of my palm smacking my forehead.

apparently these doors can be opened from the outside with a code, unless the occupant(s) of the cockpit have locked it from the inside. that inside lock is on a timer which enables the outside lock after some time… which is longer than the time it took to descend and hit the ground.

Do you mean what are the cnances he had a heart attack, then controlled flight to 10,000 or so feet, and made no radio calls while the other pilot was out of the cockpit, trying to get in?

I agree that if these reports are true, mass-murder-suicide is the most plausible explanation. But I would think it’s not impossible (based on my very limited knowledge of Airbus controls) for an incapacitated pilot to end up in a position that pushes the side stick or some other control interface just enough to cause the plane to steadily descend.

US carriers – at least – are obliged to put a flight attendant in the cabin whenever one of the pilots leaves the cockpit. Avoids this particular problem.

What is the possibility that the plane is not on autopilot at this point in the flight, especially if one of the pilots may be experiencing a health concern? Slim.

Suicide… probably. But why the 8 minute descent? Does this airbus stop the pilot from exceeding a descent rate even if on a fully manual-override type of mode?

If so, assuming that the pilot was in fact trying to smash through the door, it opens the possibility that someone phoned their Significant Other to talk about this really unusual thing happening, and might have relayed anything said by the cabin crew while that was going on.

(But I was wondering about coverage in a moutainous region. I’m not a frequent flyer so I don’t know what to expect with that.)

Trying no to panic the passengers…the more people trying to get into the cockpit, the more likely they will succeed? Maybe figuring there wouldn’t be a mass effort as long as they didn’t notice the descent.

I believe that the name-brand autopilots are set up so that if there is pressure on a control, it will override part of the autopilot function. (There are safety reasons for this.) The crashes of Eastern Airlines 401 and Aeroflot 593 are textbook examples of this going wrong. On EA 401, the autopilot stopped controlling elevation while the cabin crew was distracted and the plane basically landed itself in a swamp.