Here’s an interesting old article I saw today about the similar-seeming EgyptAir 990 crash. 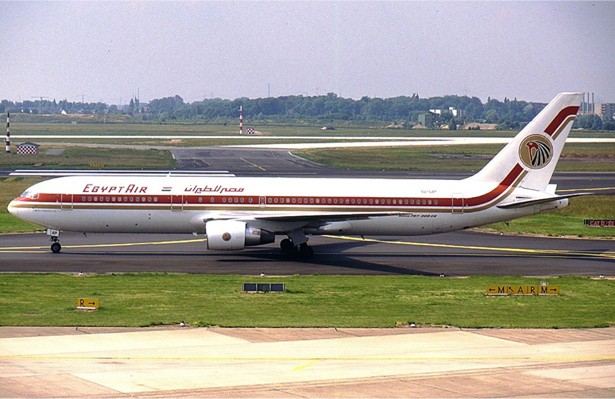 The Crash of EgyptAir 990

The sad truth: the crash of EgyptAir 990 caused not by any mechanical failure but by a pilot's intentional act.

When they were going over what they learned from the black box on the radio this morning, it was just chilling. I just can’t imagine what made him do this…

If you have Netflix, and the ability to handle it, watch Charlie Victor Romeo. The black boxes are always chilling.

Edited to correct the oops pointed out by @scriptedfate

“Anyone have a pocket knife or Leatherman tool to pry open the door? A nail file? OH… right…”

Seriously though - this shows you can’t ever stop every conceivable “what if” in the world. I think locking the cockpit doors and re-enforcing them is a prudent measure. Of course who would suspect the co-pilot or pilot being the one who wanted to crash the plane? I am sure this guy passed many a test and had years of service. But you can’t always stop crazy.

It has an official site, too.

Plane crashes are an interest of mine. (It’s a morbid fascination.) There have been numerous incidents where pilot suicide (or an attempt) is known, or highly suspected to be the cause. It’s not all that rare.

I don’t work in the field, but I would hope that those who do are reconsidering the way cockpit doors have been secured since September 11. Whoever is on the flight deck has absolute control over the door and can prevent anyone else from entering.

If you fly in the US, you’ll notice that whenever a pilot leaves the cockpit, a flight attendant goes in and takes his place to ensure that there is always more than one person up front at all times.

I guess I need to read more about this, when I have some free time.

In the meantime, assuming lack of malice, is there evidence that the co-pilot was consciously doing these terrible things?

You mean as opposed to, like, a heart attack or something?

In the meantime, assuming lack of malice, is there evidence that the co-pilot was consciously doing these terrible things?

The designs of the controls require conscious setting. For some reason, aircraft panel controls are designed to be ‘bump-tolerant’ : )

Here is an Airbus promotional video showing how the cockpit door controls work. I suppose it might be possible that the switch could be bumped to Locked, in which case it cannot be unlocked for a period of time (video says 5 minutes, conversations elsewhere suggest the timeout is 20 minutes) by any means outside of the cockpit.

Also, the copilot’s “normal breathing” was heard on the cockpit voice recorder, suggesting that he was likely not incapacitated.

No, I’m afraid that the evidence as presented so far paints a picture of deliberate, conscious action.

How horrible if he did it for the headlines.

Of course who would suspect the co-pilot or pilot being the one who wanted to crash the plane?

I agree with your post (I liked it!) but this seems a bit off. Once critical controls become protected by an impermeable barrier, it becomes fairly easy to predict that problems on the controls-side of the barrier, whether benign or nefarious, are going to cause major issues.

How horrible for whatever reason he did it…

While I deplore the terrorism double standard, I don’t think that really applies here. It would be terrorism if he was using mass murder to advance some ideology, but since no one has any clue why he did it, that doesn’t appear to be the case.

The most plausible explanation I heard before was hypoxia caused by an oxygen leak in the cabin. (Hypoxia can cause people to act very strangely while not realizing they’ve been affected.) I don’t know if that’s consistent with the most recent evidence, though.

Hypoxia would also manifest as overheating of the electronics. The Helios Flight 522 one had problems with overheating avionics before the pilots succumbed to hypoxia, that was one of the earliest signs that diverted their attention. The second black box may say more.

While I deplore the terrorism double standard, I don’t think that really applies here.

I think that what @celesteh is referring to is the gay abandon with which the terrorism label is flung about. You’re right that they may be showing admirable and correct restraint in avoiding the use of the terrorism tag in this incident, but where is that restraint in any number of other similarly inappropriate situations?

Plane crashes are an interest of mine. (It’s a morbid fascination.)

I totally understand this. I think it’s something about the confluence of human errors, machines, and the elements that makes it fascinating. I don’t think it’s even that morbid, since there’s a very real thrill when people walk away unharmed, like with the Gimli Glider.

I remember realizing this tendency in myself for the first time when I heard about Air France 447 back in 2009. I saw a Popular Mechanics (maybe it was Popular Science) magazine with the flight as its cover story and for some reason I got hooked. I didn’t know how or why investigators, who couldn’t retrieve the black box, guessed it involved pitot tubes somehow. It wasn’t until later that I learned there had been a similar incident with a Birgenair flight 301, also involving pitot tubes that I started to understand the rationale of the investigators. What fascinated me in that case was that under different circumstances, the exact same pilot and copilot could have recovered or even prevented the incident.

People take for granted that the world actually runs on trust.