Malcolm Gladwell tells workers to go back to the office, but not for him, because he has an "aversion to Midtown"

Originally published at: Malcolm Gladwell tells workers to go back to the office, but not for him, because he has an "aversion to Midtown" | Boing Boing

we want you to have a feeling of belonging and to feel necessary. 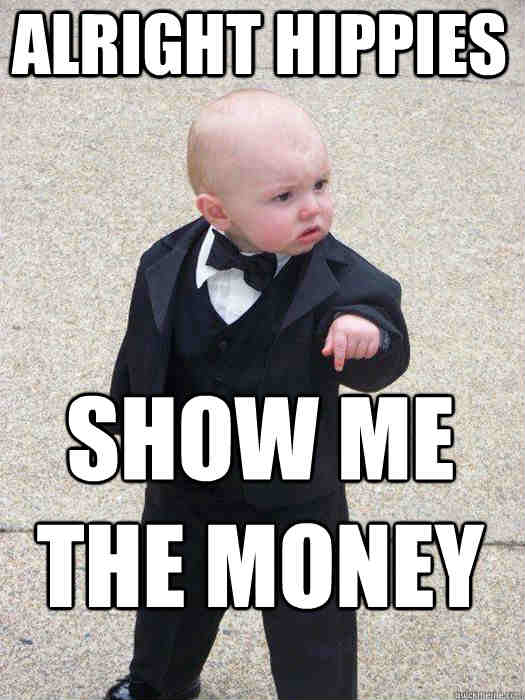 I worked at Rockefeller Center for a while, so I get the aversion to midtown Manhattan.

But at least I’m not sitting at home telling people to get back to work.

Yes, that’s right, all of you need to get your butts back in the office and at your desks. It’s the only way you can be valued by your co-workers. They will never know you and respect you unless you do, and you need to see them every single day to prove your worth.

But not me. No, I’m special and precious and do not need the same watering. I’ll be fine over here ordering another cappuccino and writing my stories in central park while I feed the pigeons. Or maybe just from home. Yeah, I won’t get out of my pajamas today. Good idea. Yep, perfect for me.

I used to like Gladwell, because his writing style was accessible, if a bit facile, and he tended to talk about subjects I was interested in. But then I realized he didn’t really care whether the things he was saying were actually true and useful, or were only a couple steps above the level of a Buzzfeed listicle. Which they ended up being.

Reminds me of a similar story I read late in 2020 or early in 2021. It showed up in Business Week or Fortune or Forbes or some dipshittery filled place like that. Guy wrote an article listing all the reasons we needed to be back in the office. Meanwhile, his job? He facilities “meetings” with people to introduce them. IE, he hosted dinners at his place so they could network.

But the rest of us heathens need to be in the office. Hurry, hurry, get back there!

I hate these people with a red hot burning passion.

were only a couple steps above the level of a Buzzfeed listicle. Which they ended up being.

I can’t stand this idiot. He thinks he’s this generation’s Alvin Toffler.

Ugh, Gladwell needs to go away. He’s the worst kind of pseudoscience- when challenged he admits to simply making everything up*, but he continues to write in a science-sounding style and clearly wishes everyone to take him as a science writer. He’s single-handedly created more modern myths than perhaps anyone else in a generation of writers.

*literally: when a reporter asked him where he got this “10,000 hours” number that is now universally quoted as a shorthand for expertise, he said, “oh, I just made it up”. Yet he wrote an entire book giving the impression that it was some sort of rigorously researched and important number. Given that the number is bullshit, the entire book then boils down to, “if you do stuff more, you’ll get better at it”. That’s it.

Somehow, I don’t think the host of a podcast called “Diary of a CEO” followed up on Gladwell’s hypocrisy, assuming he was even aware of it.

The guys who did the research that Gladwell claimed he used did a Marshall McLuhan on him, coming out and saying “You know nothing of my work.”

The guy who looked at Jared Diamond and thought he could one-up his narrow interpretations of half-read papers has a bad take. I’m shocked!

Can we put Malcolm Gladwell and Seth Godin in a bag and throw it in the river?

The moment some CEO or shill like Gladwell includes bumping up wages to offset the increased cost of commuting (and most everything else), I might take him seriously. Probably not, though.
WFH is good for worker QOL, the environment–pretty much everyone except weak leaders whose egos require the umbrella of control over their subordinates. 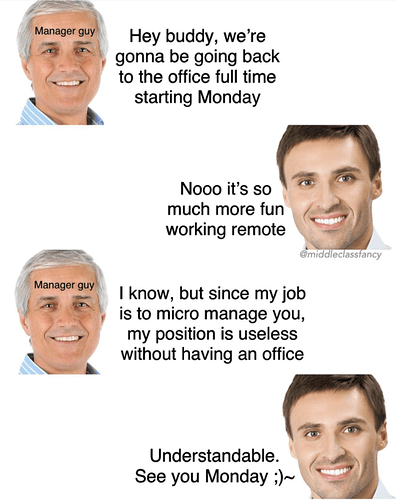 Thought leader: noun; a person who is dumb, but inexplicably rich and loud.

I think he should be required to stand on a street corner for 10,000 hours and explain why he can’t go back to the office.

Its great that you find that environment stimulating, but that doesn’t make it the right choice for everyone, everywhere. You can and should be able to do the kind of work you find rewarding, but requiring other people to do the same for “vibes” seems like a bad reason to require people to spend hours a week commuting and dealing with the many obvious negatives of the cube warren office ecosystem. I have had to work in the office for the entire duration of the pandemic, so there are definitely jobs out there that might meet your socializing requirements.

Care to explain that one? The two are nothing alike, so including Seth seems like a nonsequiter.