Man describes what life is like being face blind

Originally published at: Man describes what life is like being face blind | Boing Boing 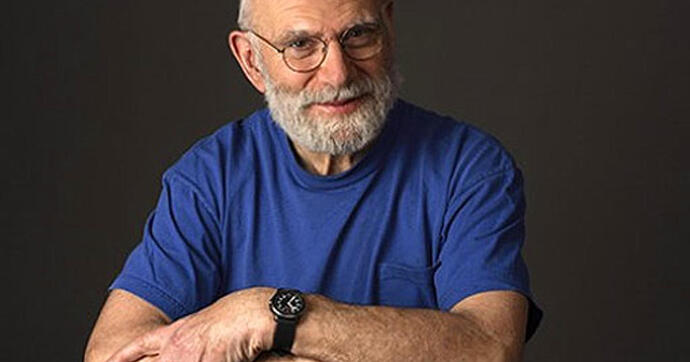 Famed Neurologist Can't Recognize Faces, Not Even Friends and Family

He says people often think he’s arrogant because he doesn’t acknowledge them when they talk.

In previous face blindness posts, I’ve mentioned a guy who used to operate a pedicab in Austin when I was doing it who had profound face blindness. Every week he’d introduce himself, and I’d remind him who I was. The interesting thing about it is that I am toward the opposite end of the spectrum, and recognize faces very well (I suspect it’s a significant driver behind my work as a portrait artist). I always felt bad for him, working in an environment where you didn’t always recognize your co-workers, or even one customer from another at times.

I suspect it has to do with the impatience of some people to be recognized, especially folks who are not close friends. Constantly trying to determine whether you know someone or not must be extremely exhausting.

It’s one of the downsides. You have prosopagnosia. You’ve met someone. Conversed with them and got along well. You meet that same person the next day and, because you don’t recognize them by their face, you act as if you never met them before. The other person reads your odd behavior as rudeness.

I have this. I use a tonne of other clues - height, hairstyle, clothing, body shape, voice, etc. But it doesn’t always work. I once walked straight past my wife (girlfriend at the time) when meeting her, because she had just changed her hairstyle, and I didn’t recognize her. I spend a lot of mental effort in social situations trying to work out who I’ve met already and who I haven’t. Mostly I avoid parties.

One other aspect not covered in the video: I can’t see similarities between faces. So when someone says a kid looks just like their parent, I am unable to see it.

Maybe it’s just the way they phrased it throwing me off, but “doesn’t acknowledge them when they talk” makes it sound like people come up to have a conversation and he just completely ignores them, which absolutely IS rude, and not at all the same thing as hesitating a bit as he tries to place them. I don’t have this condition, but I am terrible with faces and names and often have to meet people three or four times to identify them by sight unless they have some obvious distinguishing characteristic- but if someone I don’t recognize talks to me, whether it’s a coworker whose identity I can’t remember or a stranger on the street, I still acknowledge them. Is this just poor phrasing, or a whole other aspect of being face blind that isn’t as obvious?

One of the most interesting cases of face blindness I’d ever read about was artist Chuck Close, who died a year ago last week. “Face Blindness” and “World-famous Portraiture Artist” are not terms one would normally expect to go together. 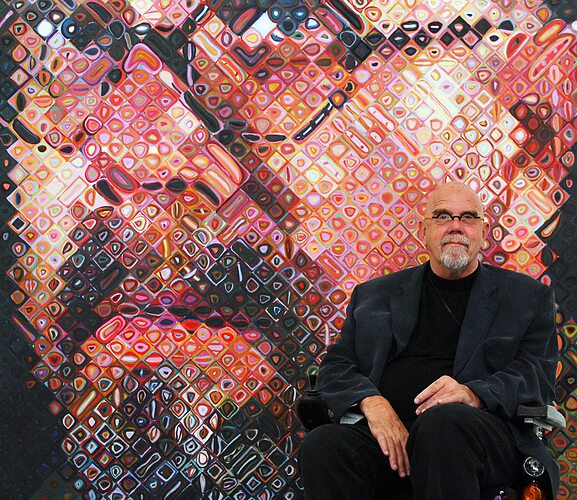 Perspective | Chuck Close’s reputation as an artist is hard to separate from...

The artist, who died this week at 81, suffered from face blindness, which informed his outsize, photorealistic portraits.

but if someone I don’t recognize talks to me, whether it’s a coworker whose identity I can’t remember or a stranger on the street

One strategy I use is to smile and nod to everyone I meet. If it’s a stranger, they’ll usually just smile back and move on. If it’s someone I know, they’ll usually then speak first, and that gives me time to figure out who it might be.

what does it have to do with this? Everything. A lot of people…most of them I would say, are offended if you do not recognize them. I never ever introduce myself to anyone if there is even a small possibility we have met before. My next door neighbor still hates me because I introduced myself to her…several times. I once got called to HR for the same reason…I said “Hi, I am ,” to someone who I work with. She thought I was just being an asshole. And she is not alone… people get so much as a whiff that you don’t know who they are and they conclude “asshole” pretty damed quick

I once got called to HR for the same reason…I said “Hi, I am ,” to someone who I work with. She thought I was just being an asshole.

I don’t have face blindness but I have many co-workers that I have to interact with, so I’m somewhat grateful that I work at a company that requires us to all wear name tags. Saved me from some awkwardness many a time.

Dr. Sacks also wrote about something similar in the Man Who Mistook . . . If I remember correctly (been a few years) the main essay concerns a man who has face blindness. He is a music professor and in order to recall her face he assigns her a tune. At one point, the essay was made into an opera. The Man Who MIstook His Wife For A Hat | Michael Nyman - YouTube

There was a time when I half-convinced myself I was somewhat face-blind, but I passed online tests for face-blindness with flying colors… then I realized I just needed glasses.

I think I actually tend towards the opposite direction - sometimes “recognizing” faces even when they’re strangers, as they look like someone I know… or saw before, somewhere, in some context. (Which often has a similar outcome - not being sure if I’ve met someone before, relying on their cues rather than my own sense of familiarity. Or feeling like I’ve seen an actor before, but don’t know where - and then looking them up and finding out the only thing they were in, that I saw, was one episode of a tv show years ago. So did I recognize them from that, or…?)

I think I actually tend towards the opposite direction - sometimes “recognizing” faces even when they’re strangers, as they look like someone I know… or saw before, somewhere, in some context.

I don’t know how to categorise what I’ve got: it’s kind of half way between prosopagnosia and a kind of aphantasia.

That is: I can recognise faces, I just can’t bring them up in my mind’s eye. I can’t visualise a face. I have difficulty even with a smiley line drawing. I know where all the parts go, I can visualise each part of a face, I just can’t imagine the whole thing as a unified thing.

It’s like there’s a hash function in my head. I can usually tell if I’ve seen a face before, I can usually (but not always) recognise them when I see them, but ask me what any given person looks like and I can’t tell you. Not even my wife and children. And sometimes all my memory gives me is that I have seen that face before: not where, or when, or in what context, and certainly not who it actually is.

And I am absolutely certain that I have offended people when I haven’t recognised who they are, when I’ve talked to an old friend like they’re a random acquaintance (or just blanked them in passing), or when I’ve struck up a conversation with a stranger like they were an old friend. I once gave a co-worker a telling-off for something that I was angry with a completely different person about.

And with the “I recognise that face” thing, it is something which is worse than useless to me. Knowing that “I know that face” doesn’t stop me trying and failing to figure out where I know it from, and as often as not I’m wrong anyway. It doesn’t help when I have to ask “Do I know who that actor is?” and be told a name, and it doesn’t help, because I can’t put a face to that name either.

To have face-blindness, I imagine walking around and just seeing this everywhere