Man donates mother's body to science, discovers it was sold to the military for "blast testing"

I hear she had a blast.

Didn’t we JUST have a post about how crash test data is currently deeply flawed because the dummies all assume a very narrow range of body types that is both unrealistic for modern bodies and heavily gendered? Many bodies unfortunately just aren’t that useful for glamorous high-profile disease research, and other science still needs doing. It does suck that this happened specifically against his consent, though. I hope he’s able to find some measure of peace.

And I gotta say, I’m pretty casual about treatment of my own inevitable remains and would definitely be cool with being used to improve vehicle safety or whatever… but the prospect of the same for military research does give me pause.

the prospect of the same for military research gives me pause.

Lookup tables. A finite element analysis should give you very good approximation of the forces that act on a body’s bones and internal organs, Hell, some models can even simulate fracture. So using the resulting impulse/stress data you should be able to index into some sort of study showing, for example, a 10,000 Nm impulse has on pancreatic tissue.

Ballistics dummies might be more limited, but outfitting a dummy with sensors should yield similar data.

I guess I’m advocating that this is a good problem space for abstraction. Rather than blow up 100,000 cadavers on 1000 projects, blow up 1000 cadavers, collect enough data and build a model. A
model wouldn’t be as good as a real cadaver, but it would probably get you pretty close.

A
model wouldn’t be as good as a real cadaver, but it would probably get you pretty close.

I believe that’s why they usually use dummies or simulations for early tests before moving on to cadavers.

That’s basically how I feel as well, but something about even IED resistance testing rubs me the wrong way—like that it would primarily be used in fake wars I disagree with. It’s not that I want soldiers to die, but I would rather protect civilians and would resent having a part in something that made the unethical prolonged occupations we engage in even slightly less costly.

On the other hand, higher risk for soldiers on the ground probably just translates into more high-collateral-damage drone strikes as an alternative. Maybe there’s no truly ethical answer here, just what does and doesn’t make you gut-level uncomfortable right now and the knowledge that in the end you probably won’t care. 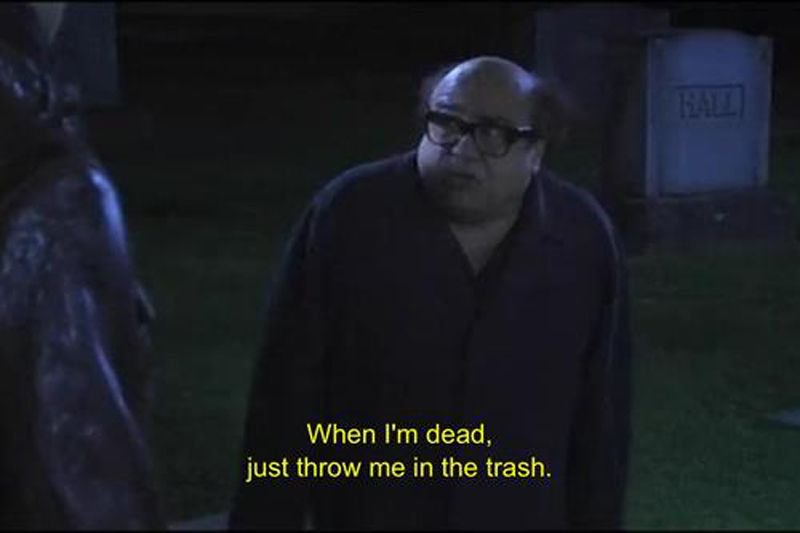 First sign the place you’re donating to may not be totally legit:

"Stauffer said he specifically marked “no” on a box that would have authorized medical tests involving explosions to be performed. "

I had an acquaintance who died of cancer, and wanted to donate his body for research. The local teaching college turned down his offer. He would have been amused if he could have been exploded “FOR SCIENCE”

She was then supposedly strapped in a chair on some sort of apparatus, and a detonation took place underneath her to basically kind of get an idea of what the human body goes through when a vehicle is hit by an IED.

The bucket full of penises guy, in case we’ve all forgotten the story from last week.

how can i sign up for an ethical donation service? i’m pretty useless so knowing someday i’ll do something other than shitpost on the internet is a nice feeling

Not sure how it is in America, but where I am, when you donate your body to science, you don’t get a say in how it is used. There is no ‘opt out of explosives’ or stuff like that.
It’s science. Your body goes into a ‘queue’. Scientists put their requirements in. If you meet those specific requirements they get the body.
Just because she had a particular form of Alzheimer’s doesn’t mean that there was a researcher that needed her body at that time. And bodies can’t be kept indefinitely.
The only boxes that were checked were the ones that fit the scientific study the military were doing, they got the body. 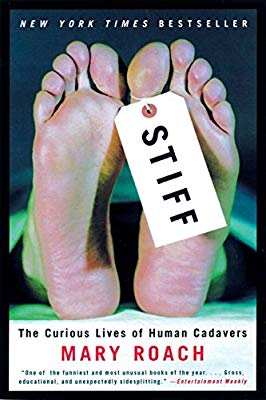 There is a huge gap between hoping his mom is used for alzheimers research vs she was blown up by a dude that kept buckets of dicks around and hung frankenstein cadavers on the wall. One is science and one is criminal.

Sshh, don’t spill the beans on the next recruiting strategy

I’m sure they’d PREFER to get blast data on strapping young people, but it’s not like there are a huge number of donor corpses that fit the demographic. Most people who die in early adulthood do so from violent injuries like car crashes that would make their bodies useless for this kind of research.

If you need to find out how IED shrapnel is likely to tear up a person sitting in an MRAP an elderly cadaver will give you better data than no cadaver at all.

A good model can be better than physical experiments, since you can put instruments wherever you want without affecting the experiment, and if you’re testing a complicated system, you might need more tests than are physically feasible to explore the whole space of possible outcomes. I’da thought testing the effects of explosions on peeps would be a perfect example on both counts: you can’t take measurements in any detail, and you’d have to blow up the population of the entire Southwest to get a full picture of what can happen in even a single test setup.

If the Army had a hundred cadavers, I would think it was far more useful to use those to calibrate a really detailed human-body FEA model, which could then be used to test any number of bomb-proof car seats, vests, etc. It might not be quite as realistic as doing the final testing with cadavers, but it’d be far better than exhausting your whole supply on the first design and not being able to test version 2.0 at all.

Admittedly, I don’t know how many cadavers the US Army orders per year. I’m surprised that part isn’t getting more attention; just how does a deranged grave-robbing con artist come to be in the rolodex of the world’s biggest procurement operation?

Years ago when I responded to an ad offering to pay to collect old cars for recycling I was surprised to find what they would pay (good). So, by comparison, what is the going rate for a cadaver?

But what we desperately need to know is if we can strap geriatrics into humvees, and get them to fight the wars of the next decade.