As some one who’s technically a millennial I’ve always known about antennas. And nearly everyone I know in my age group has used them for over a decade. Mostly for broadcast sports, The one thing that’s difficult to wrangle with a streaming only set up.

As always. When you hear facts or revelations about millenials mentally replace the word with “people who are approaching 40” and see if it still makes a lick of sense. 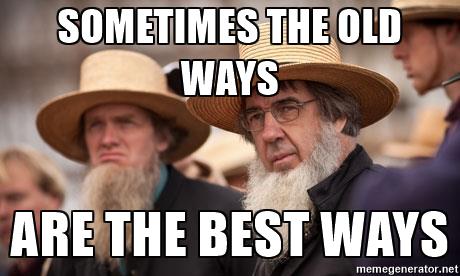 I have an old, old directv dish (circa 2000) still in its box. Do you know if it’s possible to use something like that to get free TV?

[…] wonder what dark rituals i have to perform to get that.

Try offering the soul of your firstborn; that usually gets you a good deal.
Make sure to check the fine print, though.

Now that Millenials have discovered OTA TV theire going to ruin it!

I still have cable . . . on one TV in the house. The upstairs guest TV and the one here in my office/dining room are connected to a wall coax outlet, which goes to a basement closet where there’s a splitter, and then up to a coax outlet in my front bedroom, where I have a flat antenna sitting in a window. (Eventually I’d like to run a coax from the basement closet to an antenna in the attic.)

A scan pulls in about 45 channels. 7 of these are “duplicates,” Salem’s re-broadcast of the ION transport.

The Portland CBS, NBC, FOX and ABC affiliates are on transports with an HD and one or two SD channels each; the subchannels have nostalgia programming mostly. COMET, Cozi and MeTV and the like.

The CW has four channels on its transport.

Two religious broadcasters with four or five channels each.

PBS’s transport has four channels; two HD, a kiddie channel, and an SD channel that shows a slide-show of pretty images with your choice of public radio or jazz for the soundtrack.

Two or three transports with one or two channels each, with Spanish language programming.

If you have a DVR that sucks in broadcast (Silicon Dust) you can actually get a pretty good spread of older movies (ThisTV), genre shows (Star Trek, Batman, Stargate), nostalgia shows, and of course network shows. The DVR should let you skip commercials.

OH. I haven’t scanned for it lately, but there is one ANALOG tv station left in my area. A repeater for rural areas. Really odd to think you can, in some areas, stick an antenna on an old-fashioned TV set and still get a usable signal. (I think it was a CW repeater . . . ah, yes, “KRCW-LP 5 (VHF) Portland”)

One of the problems associated with old school TV broadcasting is that as technology advanced, the frequencies used by the aforementioned old school TV became more and more valuable…to other technologies.
I’m sure everyone by now realizes what the old broadcast frequencies mainly did was isolate a huge piece of the electromagnetic spectrum for purely selfish reasons, namely, to make money off of something that was free for everyone to use as they wished. Along comes the FCC (the Federal Communication Commission) and they set the guidelines for usage of those frequencies.
Up until the change to digital TV, most cellphone systems were limited to a narrow bandwidth and no matter how hard you tried, you just can’t squeeze an elephant of a video stream into that limited bandwidth. So you get stuck with voice and text only. Until the FCC shut off the spectrum hogs and resold the extra to new technology like 3g and 4g cellular users.
That left a whole bunch of TV stations out in the cold, until those guys discovered that they could use the new stuff as well. Thus was born the low powered digital broadcaster with multiples of channels in space that was previously used by just one or two TV stations in each metropolitan area that could financially support it (paid advertising. that’s a key in the business)
With TV manufacturers redesigning the tuners to accept digital broadcasts, everyone’s back in the game.
And yes, outside antennas work measurable better at these new frequencies, to the point of some areas having 15-20 TV stations where before they had 2-3.
Best part of all of this? Now the little networks are starting to be seen. ABC,CBS,NBC finally have some real competition at the grassroots level. Don’t believe me? Check the Nielsen ratings for your area and you’ll see what I mean.

For best results, buy some cable, run it outside and put a small digital ready antenna on the roof at least 10 feet higher than the ground. You will be amazed.

Thing is, back in the day of analog TV, if the reception wasn’t so good, you would have to endure some light (or not-so-light) snow on the picture, though often the audio would be largely acceptable (being an FM signal). Last time I tried watching digital TV with my antenna, the picture would often decay into a blocky mess with the audio cutting out entirely. 'Tis not the same.

There’s a scene in the film adaptation of Ray Bradbury’s Fahrenheit 451 in which a citizen is recognized to be some kind of weirdo Luddite because their house is the only one in the neighborhood that doesn’t have an aerial antenna. How times have changed.

Four public television channels (PBS Newshour ain’t bad for actual and useful) and the oddball ones like Decades, with marathons of good old shows like Kung Fu make it worthwhile for me.

And MeTV has Svengoolie.

Not enough likes for this!

As a Mohu owner, I thank you for all your hard work.

And anyone interested in HD OTA TV I can unhesitatingly recommend a Terk.

You wouldn’t have to look very far:

(After doing a little research myself, the answer is apparently no. But there’s apparently some way to make it work as a targeted wifi signal booster… Though not really something I’d need.)

Yes a small reflector element will improve long distance reception.
And an antenna rotator to turn it.
Here’s a new store bought one:
$70 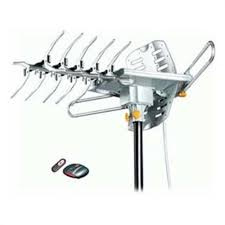 And old school. (I spent many a day watching WCPO from 100 miles away… )

But does it give them the Plasmatics channel? 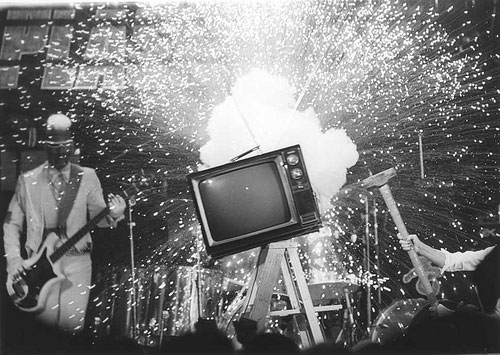 Twenty years ago, when the cable company realized they’d been sending us free basic for 6 years and sadly cut it off, we got a rooftop antenna and TIVO and never looked back. We season pass any network TV we want so it’s always waiting there for us with skippable commercials and using an interface that is still much better than any cable provided one I’ve seen. Along with a roku (or now an xbone) for Netflix and sometimes Hulu (and the occasional binary newsgroup uh, contribution) I have way way way more good stuff at my disposal than I could ever watch.

Where i grew up the whole neighborhood got free cable over the air, we got HBO, Cinemax, Disney, and like 5-6 other premium channels. Apparently this was by accident and the provider did not notice for like… 14 years. By the time they got around to fixing it satellite TV was cheap and easy enough for the average person to afford.

Because i have no need for TV and would rather not have to pay taxes for it? Internet on the other hand i would gladly pay taxes for.

Yeah, you know middle aged chaps like myself still love a bit of TV in the evening. Keeps me away from the pubs. Anyway the fact that you can watch free TV on the internet is the (rather dull) reason why everybody has to pay. It’s unfair but yeah, most things are, right?

Yeah i don’t have an issue with TV watching, it’s just not for me. And if given a choice of that and internet i’d say free internet is more useful and worth a tax. Should one be taxed for “free” access to both that’s also fine, i wouldn’t consider it wasteful.

I think the key here is still exists. I can believe that someone who wasn’t paying attention heard the “Your OTA TV isn’t going to work anymore” stuff during the digital switchover and think that OTA is just getting turned off.