I was at the public library a few days ago and saw this in action. A 12 year old-ish kid and his friend watching minecraft videos on Youtube. I made a joke about how now the kids don’t play video games, they watch other people play them.

I just don’t get it I guess.

Turns out that Gary Larson wasn’t far off the mark.

Often people aren’t watching so much for the game being played as for the person who is playing. Most popular YouTubers are pretty entertaining in their own right and the game is just a medium.

You don’t watch a Yogscast video to learn that much about Minecraft or other games, you watch because they’re funny!

It never ceases to amaze me. My son makes Portal videos, and has an astonishing number of subscribers. Not $80,000 worth, to be sure, but even one is shocking to me.

How is this “Industry”? What physical thing is being made?

It may be a service. It may be art. It’s certainly entertainment.

I used to play a lot games. These days, I mostly watch since no energies to play them. Ha.

Well, outside of pedant world, Hollywood is known as the ‘movie industry’ and Google is known as part of the ‘tech’ industry. Neither produce nor work with physical goods except indirectly (at least as far as their primary products). Similarly we have a television industry.

Perhaps in pedant world this is infuriating, but for the rest of us mere mortals it is just a way to say ‘economic activity that generates revenue’.

No joke—when I got hired for my first full-time job out of college one of the questions they asked during the interview was “do you play video games?” When my mom heard she sent me a clipping of that very comic.

Yeah they’re funny all right. To a 12 year old! Who do you think is watching these vids? It’s mostly boys, 10-18, with a sizeable proportion of girls, too, and some older adults. But mostly 12 year old kids.

They are absolutely HOOKED on Minecraft. I know this first-hand. Of all the things kids could be hooked on, Minecraft is a BLESSING. I simultaneously hate to take away their screen time and have to take away some of their screen time, because if I let them, they would watch Minecraft vids ALL DAY EVERY DAMN DAY. They probably play Minecraft about 1/10th as much as they watch these Youtubes. It’s INSANE!!!

I have watched in amazement as my son and his friends sit around the computer and watch endless Minecraft videos. More than they actually play the game. It used to bug me, but they like it, it is fairly harmless and involves nobody getting hurt, so screw it.

Though my parent brain fries when my kid pesters me to arrange for a friend to come over, I drive and get the kid, then they sit on the couch and watch MC videos on a tablet. (In winter, that dog don’t hunt in summer)

I know, tell me about it. It’s a royal FIGHT to get them to break away and do something creative.

I try to put myself in their shoes. If given half a chance when I was 12, would I sit and watch Gilligan’s Island ALL DAY? No, I’d get bored. Would I sit and play Mario on original Nintendo ALL DAY? No, I’d get bored. Would I sit there and pop in VHS tape after tape and watch videos ALL DAY? Nope. I’d only ever do that if I were sick at home, and even then, I’d still get bored and want to draw or read or something. I don’t know why kids now can just sit there endlessly watching MindCrap. It’s unfathomable to me!

I would totally do this…if I didn’t already spend my time working, commuting, eating, shopping for eating, cleaning up after my kids and pets, organizing all of the s that gets disorganized so that I can find the bloody s the next time I go looking for it, running, biking, climbing, or skiing outside, building stuff in my garage, etc. Um, in other words, pretty much never. Not at all saying it’s pointless. Except for me. Amazing.

Do you watch any sports? Why? Why watch the NFL when you can just go play football yourself.

You seem to have confused industry with manufacturing. Have you never heard of the insurance industry? Or the banking industry, or the entertainment industry?

What’s being missed is many of the games are being used to tell stories. Made in Minecraft, The Shadow of Israphel story line by Yogscast was an epic tale that has run for 3 seasons has some 42 titled episodes and several people who regularly played characters in the series. It’s great!

Stampy is so popular because he has an earnest enthusiasm for everything, coupled with a silly british sense of humour (like the Monty Python silly). Kids enjoy watching his minecraft videos because he’s adding story to a world that has everything but story.

As a parent, I don’t mind my kids watching his videos because, well, they’re funny, and free of bad language that perpetuates many YouTube playthroughs.

I have watched in amazement as my son and his friends sit around the computer and watch endless Minecraft videos. More than they actually play the game. It used to bug me, but they like it, it is fairly harmless and involves nobody getting hurt, so screw it.

Minecraft isn’t my thing, but I do enjoy Kerbal Space Program (KSP). They’re similar in that they’re sandbox games that allow you to do whatever the hell you want. The problem I run into is when I’m faced with an entirely open-ended game, I don’t know what to do. Or rather, I don’t know what to do first. KSP has the additional issue of being incredibly difficult until you understand orbital mechanics. By watching videos of people who know what the hell they’re doing, I can pick up inspiration for what I want to do while being entertained by a bald Scottish guy talking about astronauts shitting into plastic bags. 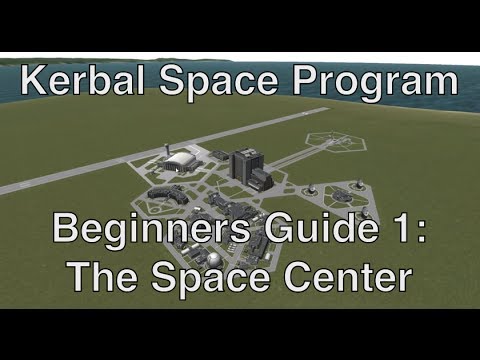