MIT report on Aaron Swartz's prosecution is out, and it's a "whitewash"

Article needs tag “christ what a bunch of assholes” at the very least. MIT, this is unacceptable. You just threw your integrity away. If I was an MIT student I would feel deep shame and, if I was somehow still there, give my options at other schools some serious consideration. 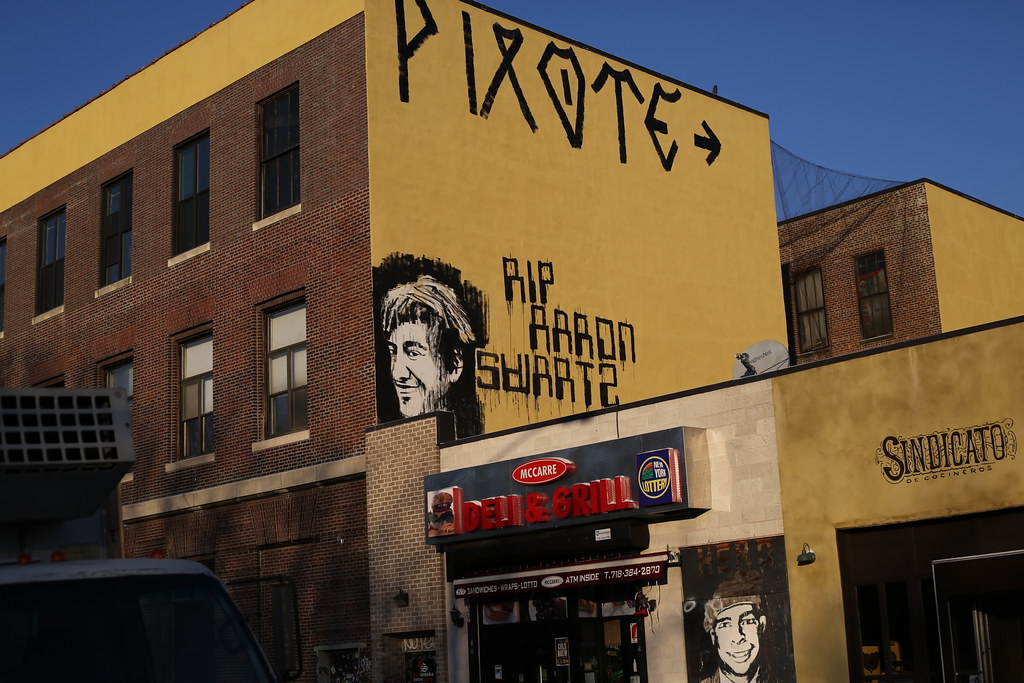 The report seemed quite thorough and even-handed to me, but I don’t have a blog dedicated to projecting Swartz’s suicide on others, as does TarenSK (Although I research at MIT, so bias is bias). Nevertheless there are some critical facts in the MIT report that I haven’t seen mentioned. First, MIT didn’t “call the Feds”, they asked Cambridge Police to help investigate a series of mysterious, camouflaged laptops plugged into their network and an anonymous character sneaking about the network closets at MIT guarding his face from the security cameras. Nothing unreasonable there. Second, it didn’t request prosecution and told the prosecutor that it was seeking no punishment.

The report is quite clear, and I recommend people actually read it.

I’m going to take the time to read the report tonight, but I don’t need to do so before bristling at the accusation that it’s a “whitewash.” I know Hal Abelson. Whitewash is not Abelson’s stock in trade.

Honestly , BoingBoing would have considered it a white wash unless it explicitly found MIT directly at fault. They would not accept any report here from anyone that said different. It’s kind of the bias.

I think it would be more useful to discuss the substantive issues, rather than accusing Boing Boing of bias. I’ve known Abelson for as long as I’ve known Aaron, and I was surprised by this report.

The substantive issue raised by TSK and Lessig is that the report characterizes MIT as “neutral” in its approach to the parties in the suit. But MIT supplied – at its discretion, without any legal compulsion – useful documents to the prosecution, and denied those documents to the defense, who had asked for them and needed them to keep Aaron out of jail.

That fact – not in dispute – makes the claim of neutrality hard to credit.

Add to this the also undisputed fact that MIT intervened in the effort to see Aaron’s Secret Service file:

Something quite without precedent, and MIT emerges as even more partisan. As Ed Felten pointed out:

the claim that MIT wanted to ensure the documents were appropriately redacted is absurd on its face (the Secret Service is the among the most aggressive redacters in the FOIA league-tables). It’s much more likely that they wanted to get out in front of the negative publicity the documents will generate based on MIT’s participation in Aaron’s prosecution.

I did not accuse Boingboing of bias, nor would I, since you did put “whitewash” in quotes. Nor do I need to accuse Lessig or Taner of bias. They were both left bereaved by Aaron’s death. Their bias is a given.

Regarding MIT’s neutrality, there are two separate issues. Supplying the evidence, and supporting the prosecution’s decision to embody the spirit of Javert. I hope it’s clear now that MIT is not to blame for the latter. As to the former, when did it become possible for documents supplied to a prosecutor to not be supplied to the defense? (Honest question. I’m still reading through the report.)

The documents were voluntarily supplied.

The prosecution in Aaron’s case could, theoretically, have been compelled to hand over the documents in discovery. But the prosecutors played very dirty, and forced Aaron to pay to litigate every question of discovery over and over, trying to run out his funds so he’d have to take a plea.

Lessig also points out that though MIT did not believe Aaron’s access was “unauthorized” (the issue on which the prosecution’s case turned), they never mentioned this to the prosecution. Had they done so, the case would have ended.

The most likely reason for MIT to object to the FOIA release is that the person(/s) on the university staff who took the position to prosecute is both a) politically connected enough to get the university to try to shut it down and b) they are actually scared for their reputation/life/livelihood based on the repercussions of being the responsible party. They don’t deserve identity protection, in my opinion, and if they are afraid of reputation damage and/or threats of retaliation, they are absolutely suffering a very similar fear to that which they inflicted due to their direct action. Isn’t that closer to ‘justice’ than anything a court could provide? Please understand that I am neither suggesting nor condoning violence or direct threats, merely acknowledging their existence.

Best to take down the entire institution for their own sake, then. Real fine thinking there, MIT. You’re looking as bright as a copper kettle at the bottom of the sea right now.

Reading the actual report, it’s hard to see it as a “whitewash.” MIT didn’t ask the report authors to make recommendations or place blame, so they don’t.

The report does give a lot of space to the actions of Aaron Swartz’s father, and the MIT administrators who displayed indifference to Swartz’s plight.

Aaron Swartz’s father noted that, in his discussions with some MIT
administrators, he was asked if his son was a member of the MIT
community. When he explained that his son was not a student or staff
member, he felt that these administrators assured themselves that MIT
had no responsibilities to Aaron and gave no consideration to the
idea that Aaron was part of MIT’s larger community of scholars and
scientists.

The report authors did go beyond their charge and concluded with a series of questions for MIT as an institution and a community:

Should MIT develop a formal recognition of “guests,” contributors,
and other participants in the academic life of MIT? Should such
possible recognition be captured in policy, or should it be left to
informal channels and community awareness? While differences will
always exist, there remains a basic issue of how MIT should think
about responses to members of a wider community—as the underlying
mindset will affect actions, whether it is codified or not.

Lessig got just one thing wrong - he called the Swartz case a tragedy.

Tragedy is when something bad happens, beyond anybody’s ability to control, or when we being about our own downfall. Tragedy is when we can blame the gods, or fate, or geology for our misfortune.

But when men of ill will harass somebody to the point of suicide, that’s not tragedy. It’s atrocity. There’s criminal negligence in this case as well, but I don’t see any tragedy at all. Tragedy does not demand justice, but Aaron Swartz does.

Where is the photo? I’m intrigued by the pichação graffiti…

alipkin has it right . . . although I’d say it’s in Brooklyn, NY. Just to the north of McCarren Park, on the border between Williamsburg and Greenpoint.

Nobody commits an irrational act like suicide “for reasons”. I know many people think that Swartz was unfairly treated (myself included), but the exact same reasons that psychologists and psychiatrists tell friends and family of people that committed suicide that they shouldn’t blame themselves makes the “MIT made Swartz kill himself” argument invalid.

“Having thoroughly investigated ourselves, we have come to the conclusion that we did nothing wrong.”

You have a point, but that does nothing to excuse their behavior.