This model got it wrong so many times I don’t think it should be used as a solid argument for anything.

It does make sense that deaths will reach 200,000, given that we’re well over 100,000 and “opening up” all over the place in states where new cases are at a record pace.

But I didn’t need a “model” to tell me that.

Well, I guess the south is finally rising again.
/s

The IHME model isn’t accurate, no, it’s routinely had things under-estimated through the entire length of this whole outbreak. The total could likely be higher.

That said, a big reason for the increase is because states and others haven’t curtailed the virus enough, and so most models (IHME included) adding a lot more deaths in the last few days is because they moved the end date of the first wave out beyond October.

It’s a little early to talk about the 2nd wave of this thing. We’re still in the first wave.

Epidemiologists, including those at the University of Washington aren’t really just using one output from their model - there is uncertainty built in, and their simulations will produce a range of outcomes - 200 K by Oct. 1 is a best bet, but there could be more, there could be less.

It’s worth noting that there are other models out there, and although the models differ in their details, the range of predictions they are making is by-and-large fairly similar. It’s more informative to compare predictions to what would happen without easing of restrictions in various areas, and that probably shows that easing restrictions will result in more deaths than would occur otherwise.

When your neighbor dies of COVID-19 the building has to hire a cleaning crew to sanitize the whole building. That doesn’t mean 2 more people in your building won’t die the next week and they have to come back again. NYC has about 20% exposure, based on a report from the Gov yesterday.

This is likely going to be bad, and some states with 1% exposure seem to be in a hurry to get to 20+% before we get a vaccine in the next 12 months. The efficacy of which is to be determined for the current virus and whatever the second wave virus looks like.

Ah, some optimism! (Oh, do you not see it as optimistic?) I mean, if we’re looking at excess deaths rather than the undercount of confirmed cases, we’re well past 100K now.

I don’t know about you but when I stop cleaning halfway through a job, the other half magically becomes clean, why would a pandemic be different?
/s

so most models (IHME included) adding a lot more deaths in the last few days is because they moved the end date of the first wave out beyond October.

Yes, but, not long ago-- 1.5 months or so–their “range” of projected deaths for August 1st was zero to zero. In other words, they forecast a 100% chance that by August 1st there would be NO DEATHS daily from covid in the United States.

I don’t know who (WHO?) is editorializing this way, but I love the first response that shows up when you google IHME on Bing. 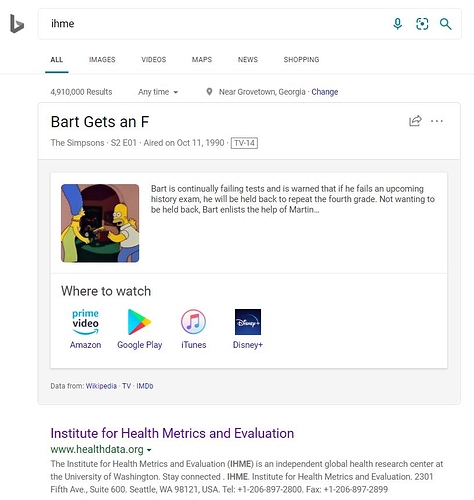 That’s because they didn’t calculate out beyond July for a long time, because they had assumed states would do what they said and that the case growth would be negligible by August 1.

We’ll hit that target by August because we’re 'murica dammit and we’re going to have the biglyest numbers in the world!

That’s because they didn’t calculate out beyond July for a long time, because they had assumed states would do what they said and that the case growth would be negligible by August 1.

Now that I look back, it was July 17 where deaths were to be at zero, and the calendar continued through August and September showing a flat line at zero.

This wasn’t a case of not calculating past a date; they did calculate, and their model said zero deaths after July 17. Regardless of what states did, it’s a very flawed model that predicted the range of deaths will be zero to zero on July 17th. A prediction of zero deaths by that time may have been reasonable, but not a possibility range from zero to zero.

I think what makes it so difficult is that any relationship between public health response and infection/death rate is so incredibly noisy, that it makes it very easy to feel there is no correlation at all.

We humans find example much easier to understand than math, and you can find an example somewhere for everything combination of lock-down and result. No lock-down is fine? Sure. No lock-down results in disaster? No problem! Lock-down saved tons of lives. Yep. Lock-down seems to have only slowly changed things. That too.

Given that, we’re left with human instinct. And human instinct is that if we’ve been personally affected by someone getting sick, then we favour heavy measures. If it’s only hit strangers, then it’s not real.

All of which means we’re doomed to do what was pretty much predestined - in each region, we’ll close the barn doors shortly after the horse escapes, then open the door again, then close it, etc. until a vaccine comes along.

I figure 100,000 / deaths per quarter until a vaccine is found, maybe gradually less. The “hot” region will migrate around the country. Probably the same per-capita for Canada. Huge randomness in outcomes continues indefinitely.

I don’t know who (WHO?) is editorializing this way, but I love the first response that shows up when you google IHME on Bing.

I hope it will be only 200k deaths by that time.

(Or less, of course. Hopefully much less… but the way things are going, I doubt that.) 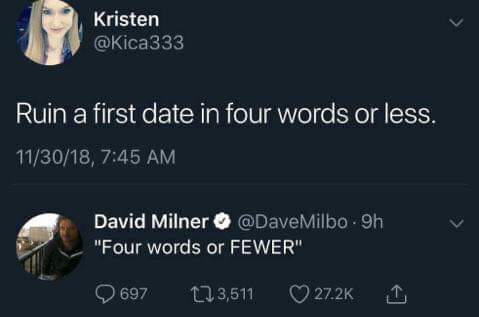 I’ve been saying 300K by election day for months now. I can’t see it working out any other way with this incompetent, racist, reactionary, lawless administration in office. 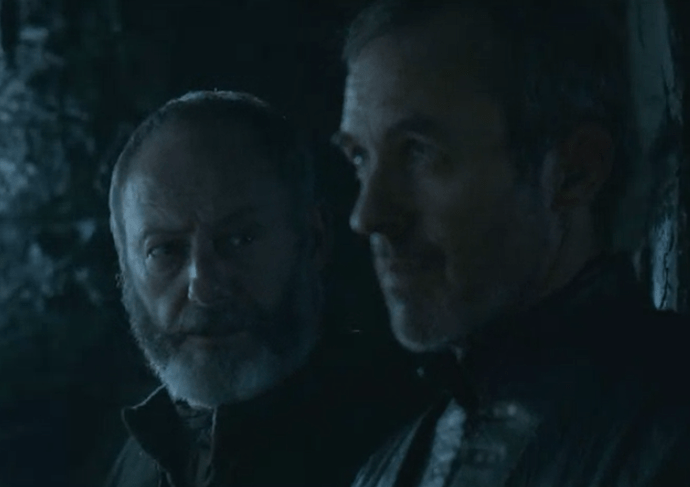