can that plastic be repurposed somehow? Not an engineer so I don’t really know, but I see a field of materiel waiting for use…

can that plastic be repurposed somehow? Not an engineer so I don’t really know, but I see a field of materiel waiting for use…

Date:
February 12, 2014
Source:
University of Illinois at Urbana-Champaign
Summary:
Plastic shopping bags, an abundant source of litter on land and at sea, can be converted into diesel, natural gas and other useful petroleum products, researchers report. The conversion produces significantly more energy than it requires and results in transportation fuels – diesel, for example – that can be blended with existing ultra-low-sulfur diesels and biodiesels. "

Dislaimer: Nobody says that will not contribute to global greenhouse emissions.

As I understand it, most of the crap that’s waste from the ocean is polyethylene and polypropylene that have been heavily degraded by UV and have a lot of accretions from their time in the ocean. They’re not recyclable as plastic (even if they were really clean, it’s not economically feasible), though you could burn them with a lot of air pollution, or use industrial processes to pull the hydrocarbons out to repurpose, though the polluted plastic you’re putting in is more expensive to process.

Well, as long as it’s not the Hamptons.

Well, I was thinking more like warming and pressing the plastic to form rough, long lived blocks for stuff like reef foundations etc

As I inexpertly understand it, dissolving plastic and Styrofoam takes an extreme pH level, which then has to be filtered and heavily diluted before returning to the water table or bodies of water lest is obliterate the ecosystem. The whole process is apparently quite the ecological catastrophe, so it mostly doesn’t happen. Incineration, as you say, would flood the air with toxic chemicals, and is probably illegal in most places.

While half my tech and most vehicles would basically disintegrate, I’m wondering if the biohacker who releases the first plastovore microbe won’t be doing the planet a net favor, though the the law of unintended consequences could prove me very wrong.

As industry apologists are constantly telling us, there is simply no substitute for plastics’ usefulness and versatility. Yet all that yummy awesomeness comes at a cost. It’s quite nicely externalized, so the ones making the plastic and profiting from the plastic are not liable for the costs. And as long as that remains true, there’s no economic incentive to come up with a market-friendly way to mitigate these costs.

Looks like the day after any rock/music concert. Heartbreaking…

Is there a market-friendly way to assign that cost?

I’m wondering if the biohacker who releases the first plastovore microbe won’t be doing the planet a net favor, though the the law of unintended consequences could prove me very wrong.

As long as the organism likes the kind of damp, warm, compost-like environments necessary to digest wood, most of our appliances will be fine. When was the last time you saw a credenza dissolve into a hunk of goo?

Markets don’t know how to value things that are in abundant supply, look how hard it is to charge for news coverage. So… until every single beach on the planet is choked with trash… no.

Depends on what you mean by “friendly.” If you’re making a disposable party cup and have to either give all of your buyers a way to recycle it through you or pay insert-new-government-agency-here to take care of that for you, the “under the rug” method of externalizing costs would be (mostly) eliminated.

A lot of things we buy today would stop looking very attractive, though. Good for the planet we live on, yes. “Friendly” to the market? As friendly as I get.

Author Kit Pedler is better known for being the creator of Doctor Who regular villains the Cybermen.

Most of the stuff on Third World beaches is fairly local in origin. It is the result of just dumping all the trash into rivers or the sewers that also go straight into the ocean. Of course some amount of plastic washes up everywhere. But localized pollution in places like Mumbai is a problem that is only going to be solved with long-term waste disposal solutions. It was not real clear from the story what they intended to do with the waste that they collected, and I hope that it will not end up back on the same beach.

$0.50 levy on every kilo of plastic produced or imported into the US and EU would probably give sufficient funds to tackle disposal. Money would be payed out to waste recycling plants.

Of course this levy would have to be outside of the regular taxation systems, otherwise some wiseguy would think of a way to make a profit of producing plastic and instantly recycling it, like happens occasionally with toxic waste.

The amount of plastic in our ocean(s) is staggering. It is choking the life out of it…and therefore; us. 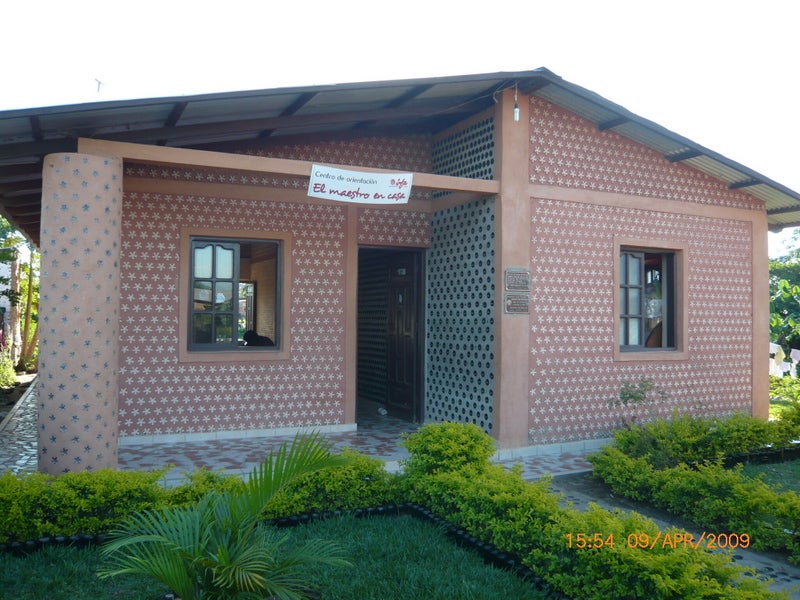 How to Construct Houses With Plastic Bottles !!