That says it all right there. Once I was old enough to figure out what was what I never liked going to visit my grandparents all that much because of having to stay in Indiana.

Sarah Safi of Gary, Indiana was kicked out of a Family Dollar store by an asshole store manager who cited the woman’s traditional Muslim dress, a niqab and hijab, as threatening.

The reductio ad absurdum is that anybody can play that same game, which conservatives like to always forget, because they suppose they are special.

These were just clothes, FFS. What if somebody in Indiana felt threatened that the crucifix somebody wears is a torture/execution device? If somebody walked up to you at the register carrying a noose, people might understand that some would find this threatening. Not directly threatening, in terms of specific consequences, but inspiring of uncomfortable feelings. So how/why would them wearing a miniature crucifix a significantly different gesture?

I am not saying that people should do this - just that people don’t seem to think about the implications of their weird reactions.

I don’t know if the store-owner had a legitimate point about crime in the area or if she was just being prejudiced, but this does represent a weird grey area between religious freedom and reasonable safety concerns. Banks always remind people on Halloween that you can’t come in wearing a mask, even if your intent was “being festive.” Seems the issue here is having a covered face, and Muslim theologians are probably going to have to make a ruling on this to make it OK for her to reveal her face in a place of business, in the same way rabbis have to rule on whether it’s OK to answer the phone on Shabbat.

We can find a way to get along, can’t we?

“I understand, but you have to understand too this is a high crime area and we get robbed a lot. You need to remove that from your face or remove yourself from the store,” the clerk is seen saying on the video.

If this woman really was armed and was going to rob the store, does the employee really think that asking her to leave is going to change that?

I just love how security concerns are now a not so thinly veiled racism these days. . . /sarcasm

When I first saw this story, I read the comments on the news sites where the articles were posted. Bad idea. They will make you weep for the Constitution.

A lot of them were basically saying, “this is America, land of the free, and you can’t just go around covering your face just because that’s in your religious beliefs.”

But Buck is perfectly free to grow a big bushy beard into which he often misplaces pieces of beef jerky and dribbles of Budweiser, 70’s aviator sunglasses, and a trucker hat with a stripper silhouette on it (or Make America Great Again slogan), because Murica!

I disagree that people’s “faces” are anything special, or have anything to do with security. People are whole bodies. And neurotic concerns about exposing some body parts while covering others have IMO no place in civilized debate.

Even judges who have upheld these sorts of discrimination have fallen back upon explicitly ethnocentric rationalizations, like “as westerners, we think seeing faces is important and civilized”. None of those claims are acceptable to me. The Americas are not Western Europe, and being able to ogle people does not make the culture more civilized.

People might also easily forget that many traditions which they associate with religion also have tangible secular components. Covering garments such as the hijab and niqab actually exist for the security of the wearer. It is a way out of the “male gaze” which many acknowledge is so prevalent and harmful. So, in a real-world risk analysis, which happens more often, and needs to be protected against? The male gaze hundreds of times a woman leaves the house, every single day of her life? Or the chances that somebody might hold up a Family Dollar every so often? I am not dismissing either problem. But since the former seems drastically more common and pervasive, countering that is an understandable priority.

Again, it seems to mostly amount to policing people based upon “I feel uncomfortable around certain people because I am xenophobic and lacking in self-awareness” rather than anybody having actually done anything to them.

You forgot the part where he is open carrying his AR-15, again cause it is his god given constitutional right.

Can we put the brakes on this “it’s Indiana, that explains it all” train? I was born and raised in Indiana, and I’ve worked for several companies in Indiana, and attended school here, and 90% of the people I met didn’t have this bass-ackwards attitude regarding the expression of religion.

We do, once in awhile, manage to go blue! And that takes more than a small minority of liberal thinkers.

In less horrible news I learned the answer to a question I didn’t know I had: whether the glasses go inside or outside the niqab.

Can we put the brakes on this “it’s Indiana, that explains it all” train? I was born and raised in Indiana, and I’ve worked for several companies in Indiana, and attended school here, and 90% of the people I met didn’t have this bass-ackwards attitude regarding the expression of religion. 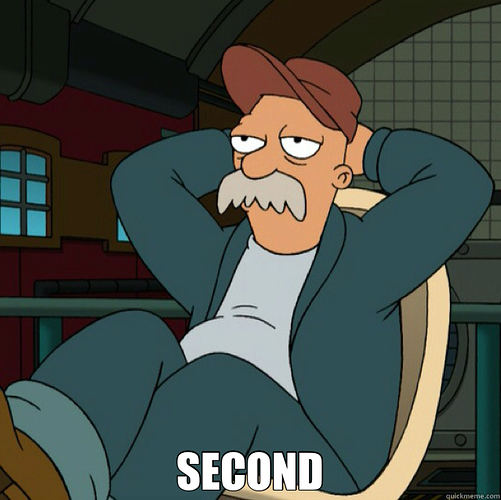 Can we put the brakes on this “it’s Indiana, that explains it all” train?

Have they taken down the ‘Home Of The Head Klansman’ billboards? The ones that used to say worse till the early 80s?

Have they taken down the ‘Home Of The Head Klansman’ billboards? The ones that used to say worse till the early 80s?

I’ve never seen one, so yes, I suppose they did take those down.

You do realize we’re glad as hell to see Pence get picked up by Trump because then we can GET A NEW GOVERNOR, right?

What state are you from, by the way? Edit: Nevermind, I see now. Seattle. I love Seattle. Don’t be a prick, please.

I disagree that people’s “faces” are anything special, or have anything to do with security. People are whole bodies. And neurotic concerns about exposing some body parts while covering others have IMO no place in civilized debate.

In the future, identity may be verified by retinal scan or DNA analysis, but right now, faces are the universal identifier. That’s why photo ids, have you know, your face on them. It’s 100% reasonable to expect that faces be identifiable. I’ve been asked to remove my sunglasses in stores and banks and I’m a privileged white male.

Originally Missouri, and I now live in Washington in Seattle.
Why my mom’s parents moved back to Greencastle after her dad retired it really boggled a lot of us. He had eventually had to buy a rifle to greet the the local “boys club” at the door to tell them NO he will not take over his dads role as leader AGAIN and next time he isn’t going to bother saying anything before shooting.

I love the “Have a blessed day.” the employee tosses in at the end. Way to be a passive-aggressive Christian a-hole, champ.

Are there any known examples of gangs in niqabs knocking over stores? It seems to be pretty common for thieves to wear stockings or balaclavas over their faces, and so it is reasonable to feel threatened by someone in a balaclava, but maybe we should hold off on suspecting criminal behavior from niqab-wearers until there is some precedent.

I suppose this is why you don’t find ashtrays in stores anymore:

(Blurred in case you haven’t seen Malcolm before.)

That’s why photo ids, have you know, your face on them. It’s 100% reasonable to expect that faces be identifiable. I’ve been asked to remove my sunglasses in stores and banks and I’m a privileged white male.

As long as such rules are enforced evenly I’m inclined to agree. Religious freedom is not at issue if a rule is neutral about that religion. If people can’t wear motorcycle helmets, balaclavas, face covering bandanas etc. in the store then refusing to allow a niqab is not in and of itself discriminatory and has a plausible security reason, whereas a ban on just hijabs, headscarves, and hats that don’t obscure the face would not (or not as much).

I’m pro freedom of religion, but I’m also against privileging religion. Saying “Religion!” shouldn’t get people out of the rules that apply to everyone else.

That being said, being polite is also a good thing. And being rude to people on the basis of their religion should be called out.

I never liked … because of having to stay in Indiana