A disturbing book (as it should be!), but also a very well-written book and and an excellent read.

Read this at my local bookstore and i highly recommend it. Immediately after reading it i brushed up on the events that would occur later on with Dahmer and its certainly heart breaking and horrifying when you have a fuller context

My Friend Dahmer is a comic by Derf

Derf Backderf actually, who also did a good graphic history of the Kent State murders.

Reviewed by Don Allen Review Source: Teaching for Change Book Author: This outstanding graphic novel fills a huge void in the Kent State literature. While Kent State University’s library has a whole room dedicated to May 4th, 1970 – there is enough...

It is a very good comic.
What disturbed me was how many kids I knew in school that were “That kid” like Dahmer. I´m sure most of them didn´t end up as serial killers, but its alarming now many teenagers with mental health problems were (and still are) out there.

I wonder if someone like Dahmer could have been helped or changed even if a good therapist had tried to engage him. His whole story would have been so extreme it would hard to predict. Going to the police would have raised ethical issues. Maybe peer review with another therapist might have been useful but just speculation. Maybe the saddest mistake in the whole mess was the kid who tried to escape. Naked, injured and begging for help, Dahmer was able to convince people it was a love spat and let the kid go back to be butchered. The whole thing borders on incredible, except for the actual body count. To have been a kid in school with him and later realize how easily could have been a victim is mind-blowing. 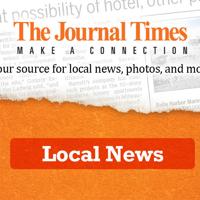 Four arrested in gay protest of handling of Dahmer case

He definitely needed help, when i read about the mental abuse his parents put him through and how unstable his family life was i really felt for the young Dahmer. Things could have been avoided had anyone cared enough to look deeper into his home life, but considering the time period it would’ve been difficult for him to get real help.

Available here if you want to read it:

It’s interesting that when Derf got the call near the end that one of his high-school friends was a serial killer, he first suspected a different person he knew from the same school. Even in this one school there was at least two of “that kid”.