The new Jeffrey Dahmer show is retraumatizing victims' families, and here is how they are fighting back

Originally published at: The new Jeffrey Dahmer show is retraumatizing victims' families, and here is how they are fighting back | Boing Boing

Who knew cannibalism would be such a draw to the TV

BTW: if mental anguish was caused to the families of the victims, civil suit might be next…

It’s not really surprising. After they were just queer boys. It’s hardly like areal people were harmed. /s
I say that with sarcasm yet with great pain as well. The lives of gay boys and men seldom impact society. Drop back to the 80’s as AIDS begins to kill off bright and beautiful people yet the filthy piece of shit ronnie reagan gained great support for letting it burn like a wildfire through our community. He was quite happy to let it happen without making the first bit of effort to help or heal as lives were destroyed and neo puritan preachers may money off the plague.
Great chuckles and jokes were made about Dahmer and his twisted savagery.at the time. The kids that were lost meant nothing to most of society. The mindset continues with net flicks’ disregard for the victims’ families Lord god though if a real boy gets hurt or killed in football or some other manly endeavor there aren’t tears enough. Perhaps I sound bitter?

We have a similar issue in the UK around Dennis Nilsen, who did very similar murders. There have been six films or series about him in the last ten years.

As far as I can see, only the Nilsen Files asks whether the Met Police mishandled the case (My answer: It was the Met Police in the 1970s and early 1980s. Of course they did.) 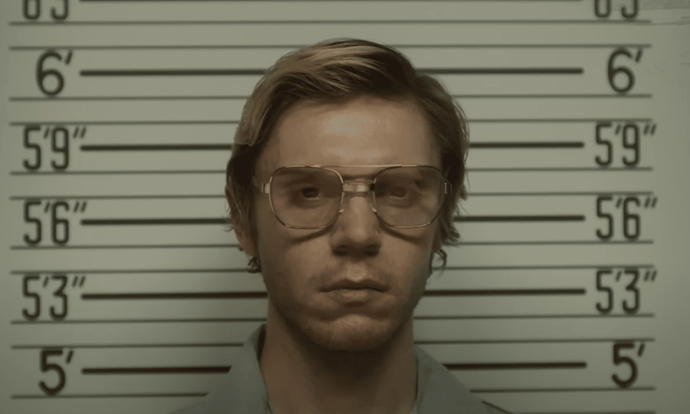 Netflix has been criticised after viewers noticed its gruesome new Jeffrey Dahmer series was given an ‘LGBTQ’ tag by the streaming service.

Of course they did. Netflix is very predictable at treating queer people like shit.

It took them nearly a week to remove the label.

Making a docudrama centred around a pathetic loser is not “giving his his victims a voice”.

I don’t think there’s a way to make a show about Jeffrey Dahmer’s murders without Jeffrey Dahmer being the star in one way or another. You could tell a story about one of the people he killed, and what their death meant to others, but to group those stories together necessarily foregrounds the one thing that connects them.

It’s a completely different thing, but this makes me think about a good article in Jacobin (by Tashan Reed, fall 2021) about the Black Panther Afeni Shakur. It is more illuminating about both people by not mentioning until near the end that she later became Tupac’s mom. It could probably have got a wider audience as a TMZ post about Tupac, but then the whole story about Afeni and the Panthers would just read as filler to skim over. I guess the point is that it takes a certain amount of effort from the audience to hear stories that aren’t focused around celebrity.

Recreating the deaths and dismemberment of their loved ones makes it more like exploiting the victims. Why do these shows always do that? I don’t mind stories about how these monsters are caught, but that seems to have gone out of style.

I don’t mind stories about how these monsters are caught

Or how they become who they are. This graphic novel, for example, doesn’t romanticise or make excuses for the murderous schmoe. 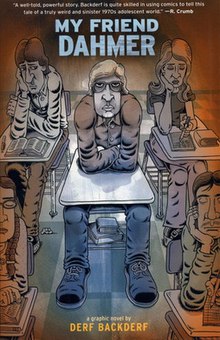 My Friend Dahmer is a 2012 graphic novel and memoir by artist John "Derf" Backderf about his teenage friendship with Jeffrey Dahmer, who later became a serial killer. The book evolved from a 24-page, self-published version by Backderf in 2002. Shortly after Backderf learned about Dahmer's crimes, he met two of his friends, Mike Kukral and Neil, all of whom had befriended Dahmer in school. With the new information regarding Dahmer's fate, many of his odd behaviors in adolescence seemed to make se...

This was the only Dahmer-related material that I cared to check out. Having been a fan of Derf’s work for years I knew that he would make it interesting, especially since he was a personal acquaintance of Dahmer. I started to watch the Netflix trailer for the new show and just couldn’t get through it.

Movie version of that wasn’t bad either.