USA in the region
TBH I’m totally burnt right now. BUT… POTUS, VP & Sec State all in the region could add pressure and…

Prison Amnesty Announced - No Names Yet
The regime says tomorrow they will do another prisoner amnesty. Last time around this turned out to be them just freeing up cells occupied by criminals and if I recall they accidentally released a dozen protesters only to re-incarcerate them.

There’s a medical situation with the American prisoner and the treatment schedule keeps getting bumped. If it’s because they’re going to release him tomorrow, well, that’s best. But they hadn’t historically included foreign detainees in mass releases so we’ll see. There is something of a closing of ranks going on - the international community is getting fed up with massacres. But then, they can act “fed up” for decades without interfering. There was a pre-announcement last night/this morning US. So the official announcement is anticipated tomorrow morning/this evening.

The folks on the ground believe/hope to see a mass lifting of the 505(A) warrants which have kinda become meaningless since they stopped doing warrants and now just arrest people. In other words, there are no published warrants now, just carrying out orders. You can see this in the AAPPB charts - they stopped tracking beginning in June, so here’s the last one showing the warrants flatlining (regime/“govt” stats - dark blue line) while the arrest and killed reports (light blue and red, respectively) are from numerous sources to AAPPB with a detailed database to avoid errors - for regime newspapers etc. no warrants = no more arrests so it’s intended to whitewash: 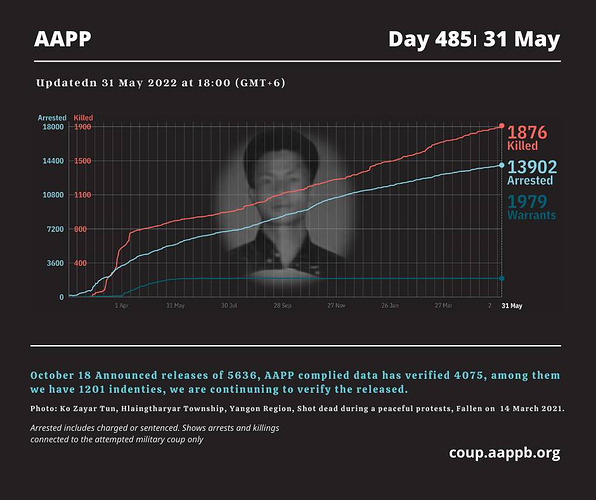 Fifteen Point ASEAN Statement Here
They’re actually not abandoning the five point plan. Incidentally I don’t think that “consensus” was ever signed in writing. ASEAN leaders may all trust one another at their word. Even putting it in writing, you may not trust the regime to honor it, but doing that in both English and Burmese would have made it clearer as to what exactly was agreed to.

I like point 11. It doesn’t leave off with the Trumpian “violence on all sides” line but rather emphasizes that the military far outweigh all the others.

Aforementioned Air Capabilities Diminished?
The Karen National Union reports their forces destroyed three military jets in Magwe. Two Mig-29s and a third jet. If true, this is a significant hit on the air force, and it may not be so easy for MAH to acquire replacements from Putin now.

ALL FOREIGN POLITICAL DETAINEES ARE BEING RELEASED 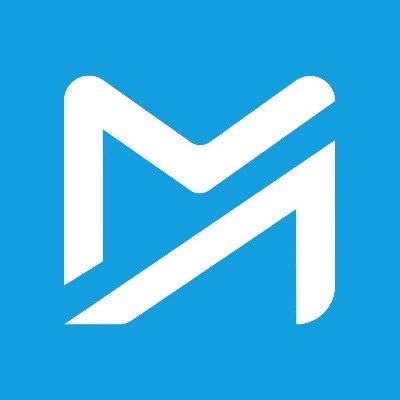 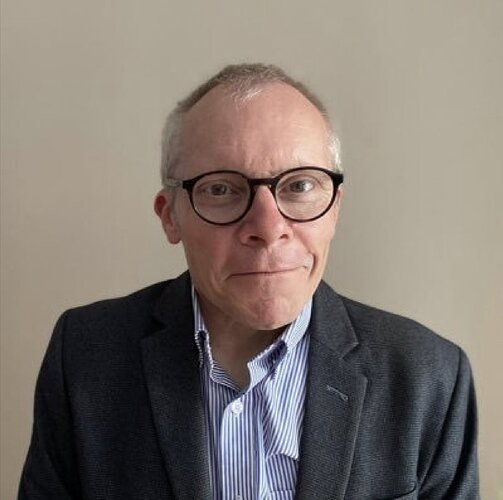 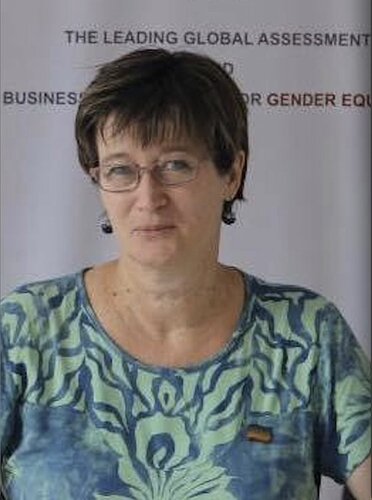 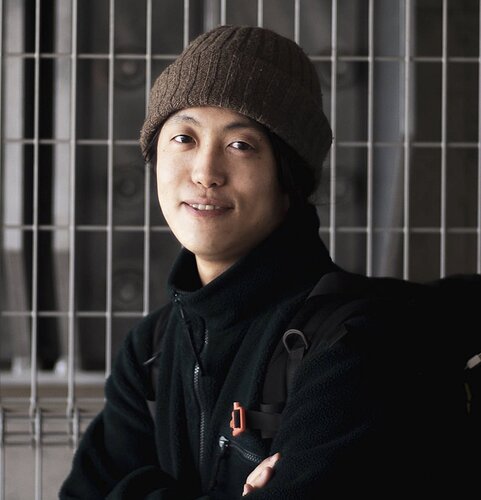 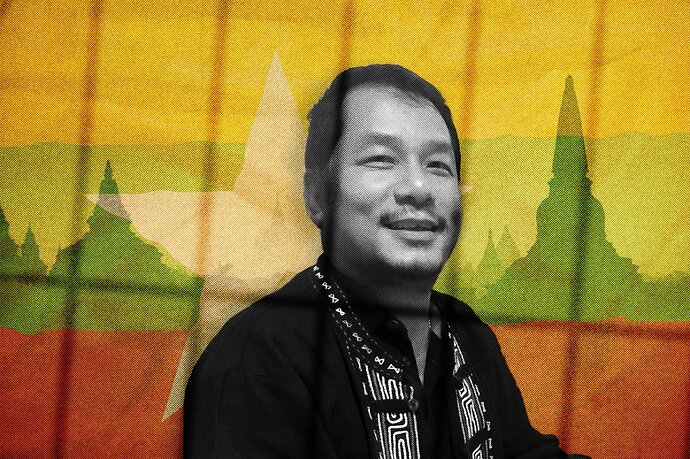 Together with the four who are pictured and named in this statement, I understand the Ambassador’s husband (a citizen of Myanmar - the rest are not) will be free with the condition that he’s kicked out of the country. The regime may declare him to be a non citizen or something like that.

The regime statement says it’s in celebration of National Victory Day 17 November 2022, and (rough translation) “To maintain friendly relations between countries, and By emphasizing humanitarianism and In view of the diplomatic relations and bilateral friendship between their respective countries and Myanmar.”

They know they’re isolated after pissing everyone off.

I have spent more hours than any other civilian with the released American detainee. I’m happy to report, he’s 100% his old mentally disciplined, buddhist self. Of course there may be adjustments and I will learn more about what transpired with him tomorrow. There are other health issues to tackle immediately and financial needs but we haven’t set up a wish list or website. A car (he likes Ford) and a phone - he’s talking about taking advantage of Black Friday sales on the latter. He left the country with a bit of cash, his medical scans and the clothes on his back.

There was no good reason to arrest any of these people, so we celebrate their releases in private and do not want to give the regime any satisfaction. I think I can speak for all of these detainees in saying, there are still 55 million hostages in Myanmar and they need the world’s help to get rid of their captors. 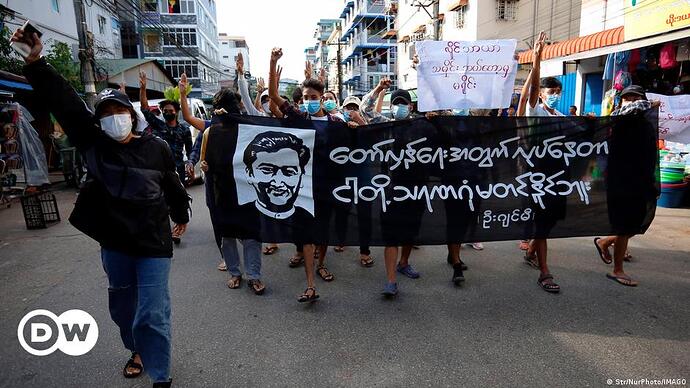 Myanmar's ruling military junta has issued new rules making it harder for foreign aid groups to operate in the country. NGO's will need to adapt their strategies to reach those in need.

Also in touch with some other camps/direct returnees. Sean seems to be doing well. He had a difficult time of it according to an interview he gave and was at times with the Burmese American prisoner who I understand was helpful. He was held both at Naypyidaw and Insein. Neither place is ideal.

Tom Andrews, UN Special Rapporteur for Human Rights, expressed what everyone else including the released prisoners are thinking (releasing a few people who never should have been detained, while executing others, does not infer nor confer legitimacy, and elections being planned without any of the leaders who were already elected are not to be taken seriously). 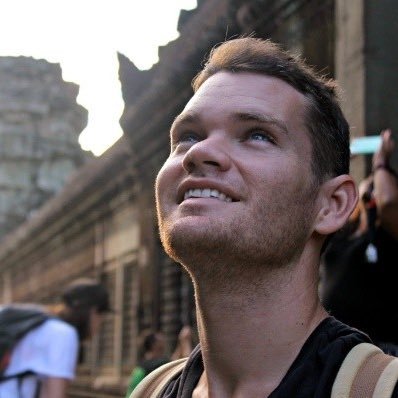 Thanks @GagHalfrunt! I was not familiar with Myanmar Witness. Terrific reporting there.
The tweet only has the quick video. Here are the three new reports:

They also have, from earlier reporting, addresses of arms brokers to the regime. This mapping is very detailed, with the address, company and specific service provided when you click on the icon. Here’s Yangon: 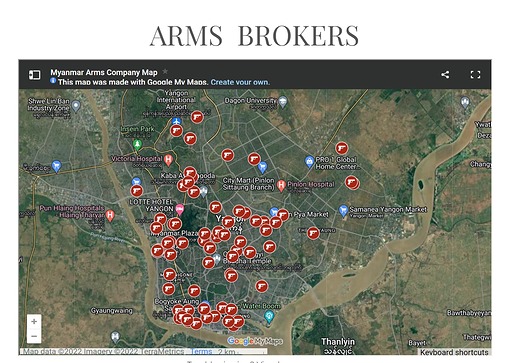 Some of these are obvious cover addresses which you might expect of an arms broker. Hotels or banks where they may rent a box. Some are residential addresses.

Over all, what a terrific resource. All easy to read with a bilingual Burmese/English menu dropdown, with rapid access and not a ton of clicks to get to the visuals.

2 Dec 2022
Unconfirmed but pretty much confirmed, seven student activists from Dagon University have been handed the death sentence or charged with execution offenses. I’m told this may play out differently than the recent executions which were military court marshal cases, as these are in civil court.

20 Dec 2022
Well the big news is that the Burma Act which advocates have been pushing since the coup has finally been, substantially, folded into the latest NDAA and is likely to be signed into law.

Keel Dietz has the deets: 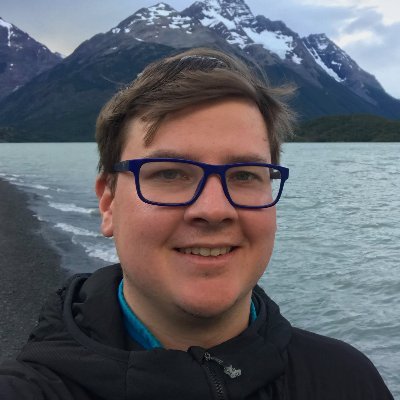 @KeelTheTraveler
(1/x) Great news to see the (modified) Burma Act included in the US 2022 NDAA (Subtitle E). What does this mean for Burma? What comes next? Working on a more comprehensive piece, but wanted to give a short overview first 🧵👇:#WhatsHappeningInMyanmar rules.house.gov/sites/democrat…

Edit: bypass my dumb nomenclature humor. Keel D has more expertise in this than anyone, with the possible exception of the foreign affairs/relations committee staffers.

28 Dec 2022
Former prisoner KHO is making the media rounds but all in Burmese so far. The FB translate engine sucks, so I’ll leave it there for now. But there are several long form interviews with BBC Burmese - translatable/translated transcripts may follow. 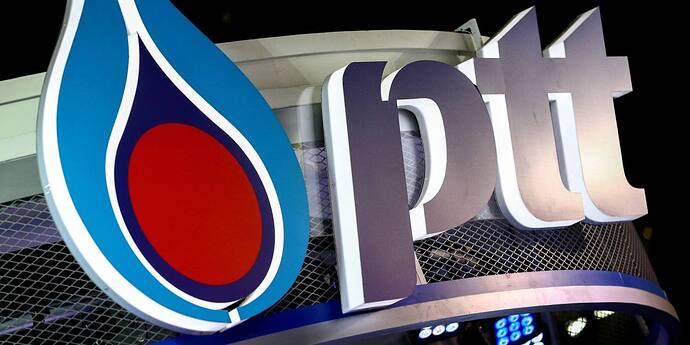 Late edit: A year before the coup, historian Than Myint-U gives Chistiane Amanpour a thorough grounding in the origins of Burmese nationalism. Many Myanmar people take issue with some things he says and does, but his credentials are pretty unassailable - there’s room to disagree with him and also learn something. 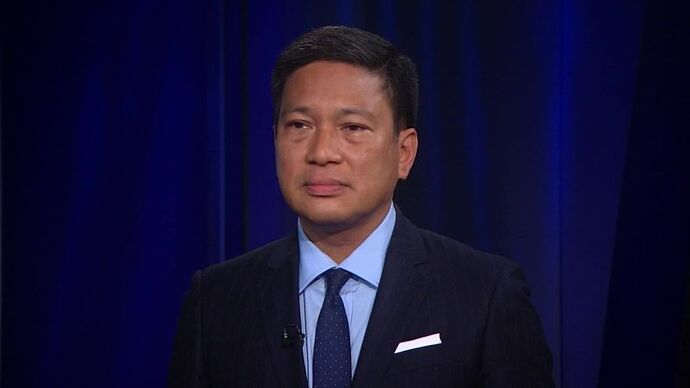 Historian and author Thant Myint-U talks to Amanpour about the plight of the Rohingya and explains how much power Aung San Suu Kyi truly has.

6 January 2023
I’m starting to tap in again and see about next steps. Different groups will have different views and may be clambering for influence here in the US on how and where to follow up on the NDAA which may include $$. 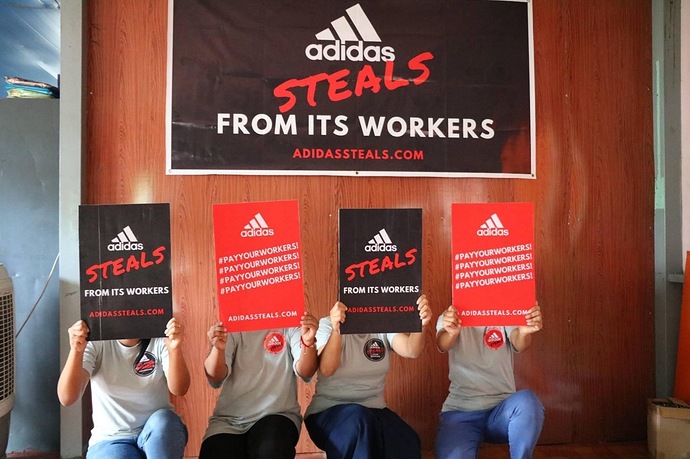 Myanmar factory labourers are being pushed to breaking point by rising commodity prices and the junta’s failure to raise a minimum wage that has stayed flat for five years. 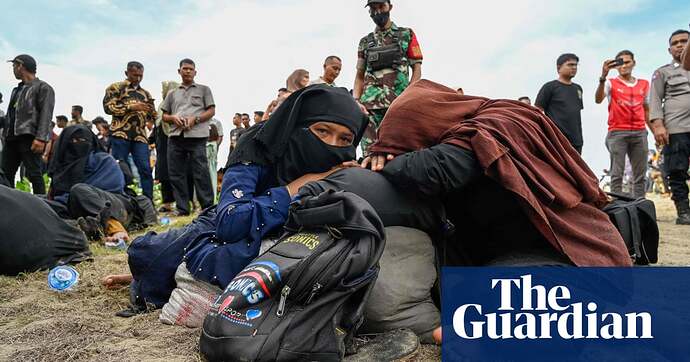 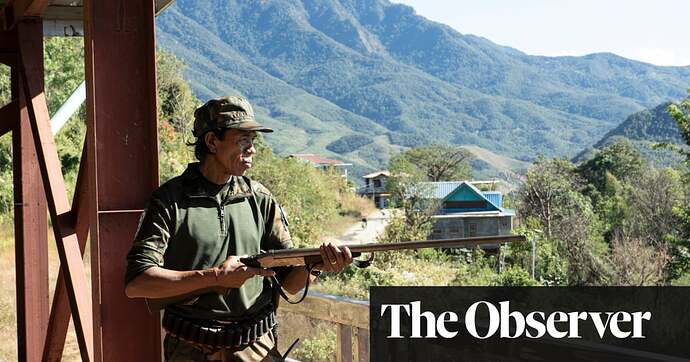 10 Jan 2023
In desperation because Sean Turnell is now talking an endless stream of shit about the regime, they have reinstated his conviction. I can’t find it in English language media but it’s given the whole community a laugh at the coup regime and we figure it’s a matter of time (and his own outspokenness) before they do the same to Kyaw Htay Oo.

The title of a luxury Bangkok condo and two Siam Commercial Bank passbooks belonging to the children of junta head and war criminal Min Aung Hlaing were among items confiscated during the arrest of Myanmar crony arms broker Tun Min Latt. 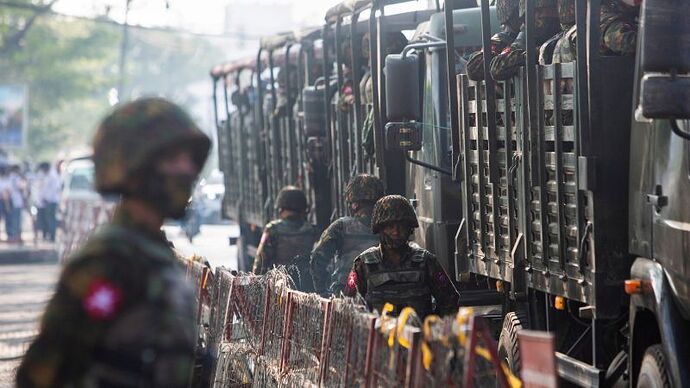 This is kind of remarkable. As you all know the UNSC nearly always has one country or another blocking resolutions around human rights just about everywhere in the world. 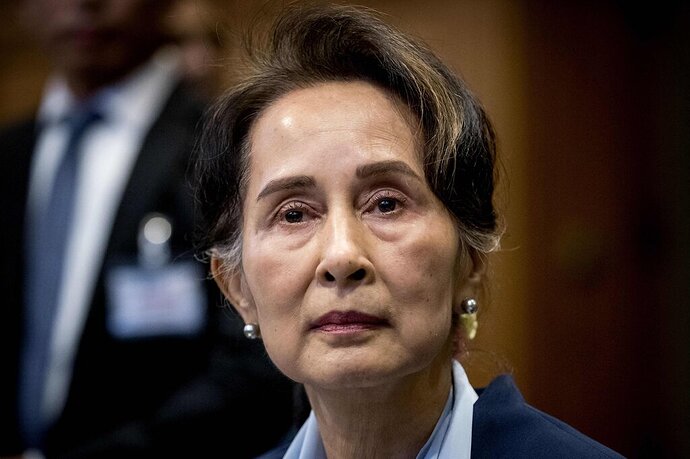 Daw Aung San Suu Kyi has faced a series of charges since being detained in a coup in early 2021. Her trials came to an end on Friday, capping months of legal proceedings.

Perspective on a line I shared from back in March 2022.

News of the day (well, Friday really): The coup regime has “revoked the citizenship” of several NUG ministers and some key activists. It seems pretty clear none of them are still in country having each escaped earlier warrants. Two ministers have responded on social media, but my favorite line is courtesy of FB translate (surprise!), from activist Myo Yan Naung Thein. I have spent some very memorable time with MYNT. He can be brash like me, and so we just “clicked.” He had hundreds of thousands of followers before having to kill off his social media accounts. He has unwavering support from a terrific partner.

This one he’d posted after a couple of days of retrospect:

This is no joke in writing, it’s a real story. I just want to tell you that Min Aung Hlaing is a watermelon and people don’t know that the dish is helping us.

This is much funnier than I had thought then. I was yesterday years old when I learned what “watermelon” means. I thought it was as we might say in English, “melon-head” akin to Mark Twain’s “Puddin’head.”

Watermelon farms are at a massive scale in Myanmar, even without the multimillion dollar harvesting equipment. On a single stretch of just a few miles, you can pass tens of thousands of watermelon fruits - fresh, not rotting - by the roadside. There are the “familiar to Americans” red flesh and a lot of yellow/orange flesh as well.

The reference of this escapee is to a new name given certain people soon after the coup. Within the Tatmadaw, there’s significant silent opposition to the coup, from rank and file all the way up to some generals. Many of them began almost immediately to help the civil disobedience movement with information on troop movements and tatmadaw military strategy, and others have shared a pretty clear view into the machinations of Min Aung Hlaing and his besties. These people outwardly appear as military - think green camouflage. The political party created by, and still most aligned with the military and far right Buddhist nationalists, is the “Union Solidarity and Development Party”. Logo & Flag: 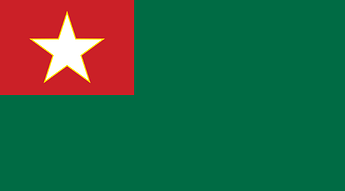 By contrast, NLD is represented by a peacock with a full red background, seen on red bandanas of demonstrators since 1990. 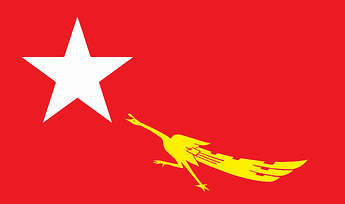 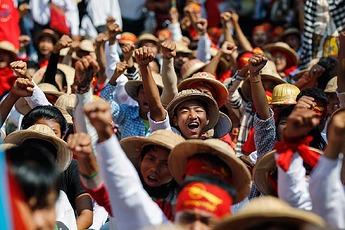 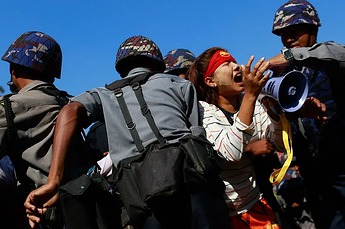 In short, “Watermelon” means green / military on the outside, and red / NLD in the inside. 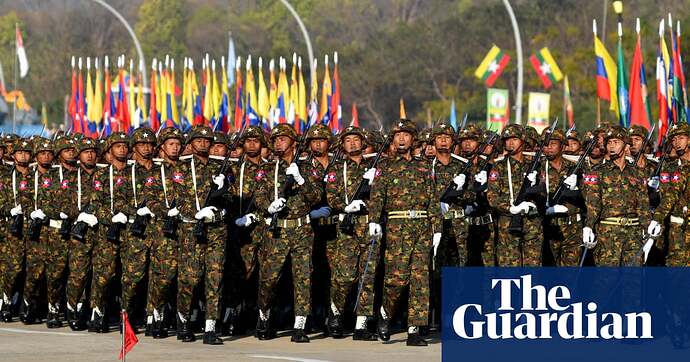 The significance here is that Rohingya are joined in their complaints stemming back at least five years, by the “legally recognized” (under Myanmar law) ethnic groups who are including claims of their own stemming from military actions since Feb 1, 2021. It is a united-front legal strategy.