Mysterious medical research consortium: we should own volunteers' clinical trial data for 5 years

I was going to say SHKRELI!! but then it told me that the body was invalid, which is pretty rude albeit accurate about our wannabe alien overlord.

Even NASA’s Hubble program only embargoes data for one year.

This is basically a sequel to the equally absurd “research parasite” editorial from several months ago: http://www.nejm.org/doi/full/10.1056/NEJMe1516564

For anyone not up to date on this, we’re talking about data generation funded at least partially by US government grants, i.e. public money. The people generating the data basically want to limit access to it as long as possible so that they can squeeze the maximum number of scientific publications out of it before anyone else gets to look at it or verify whether their analysis actually supports their claims. They also want to limit access for as long as possible because they want to charge for access to the (publicaly funded!) data in the interim. 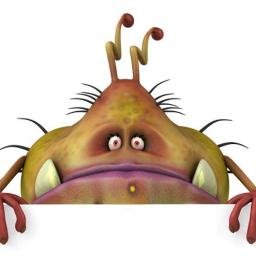 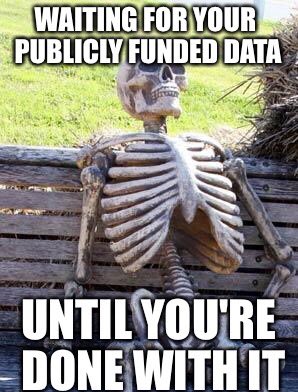 It’s about researchers who take US government research grants (i.e. public grant money) and then don’t release the data. They publish papers based on the data, and no one can meaningfully verify their work or contradict them because the data aren’t available.