NBC wanted The Walking Dead, but without the zombies

Do there have to be zombies? WHAT?

Reminds me of the execs who wanted to option a Mort Discworld movie, but without Death. (for those who haven’t read the book, the plot of Mort is “Death takes an apprentice.”)

How the hell can you have The Walking Dead without the freaking zombies?

Okay, hear me out… what if we made the protagonist a teenage girl… who can see ghosts… and she struggles with her feelings as she comes of age? Oh, and there’s a bomb.

This is why I hardly ever watch network television.

Someone on this very forum, many years ago, stated “network television is for children.” This is correct.

Zombie apocalypse with no zombies.

Instead of Zombies. How about Aliens.

What about Robot Aliens??!!

For some reason this reminds me of back when I was a stripper, and the audience comment cards said that they enjoyed me dancing naked on stage but they would prefer I stopped dancing, got off the stage and didn’t remove my clothing.

I think it could work with some sort of different worldwide apocalypse-level event. The show is about the survivors more than the zombles after all…
But:

NBC then asked Darabont if the show could be a procedural in which the two main protagonists would “solve a zombie crime of the week,” she said. 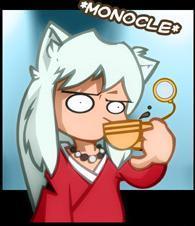 “And it’ll take place in New York, and each week the cast – and they should all be twenty-somethings, each with a readily distinguishable look and quirky but amiable personality – so, yeah, LIKE zombies, but NOT REALLY zombies, and each episode we see them gather at this trendy little coffee shop…”

Well, their instincts weren’t entirely off. The Walking Dead is kinda lousy (IMHO), and zombies are a huge reason for that.

I for one would much rather watch a show about the ragtag survivors of a civilization-ending virus, asteroid impact or war. Of course TWD was never going to be that show (given the source material), and The Last Man on Earth is a shitty sitcom version of it, but I’d say there’s room for that show, somewhere.

Thank you for remembering the name of that awful awful show and putting an end to my frustréjà vu.

They should have combined the two ideas. A procedural where every week the protagonists solve a zombie crime of the week, but without the zombies. I think that’s how we end up with Scooby Doo.

Ghost Zombies! Just think of the savings in the FX budget.

(Is that iframe working?)

Or as NBC would have it, Law & Order: The Mystery Machine.

If you ever start to get frustnesia and forget how awful Revolution was, and think “maybe I’ll watch that, seems like a cool idea that would, at the very least, generate some fun imagery” just shatter the glass that is over your emergency copy of Henry’s Quest and enjoy an actually fun and fulfilling realization of the conceit.

That looks like concept art for the fallout series of games