NBC wanted The Walking Dead, but without the zombies

I’ve never heard of that one. And there are probably other post-apocalypse shows that missed the mark. I’d watch a good one.

I think it could work with some sort of different worldwide apocalypse-level event. The show is about the survivors more than the zombles after all…

I for one would much rather watch a show about the ragtag survivors of a civilization-ending virus, asteroid impact or war.

My benchmark for a decent post-disaster series has always been Terry Nation’s 1970s series “Survivors” - especially its first season. Basically, trying to survive would already be dramatic and exciting enough without the main cast needing to degenerate into stupidity every few episodes for cheap drama.

Consider how septic the Walking Dead world would be! Can you even drink from a stream which doesn’t wash through thousands of corpses somewhere? Re-learning the basics would keep them busy for years.

Also, it has been remarked that I am far more nihilistic than most (although I don’t quite agree) and even I find the nihilism of TWD stupid. People did not struggle this much to find meaning in living in pre-industrial society. After a couple of years, most of the people who would have survived would be those with the requisite skill and attitude. Not angsty people who struggle to adapt and still make rookie mistakes.

Patton Oswalt told a story on Comedians in Cars Getting Coffee of a network note he got that said “The Hitler sketch is really funny, but does he have to be so anti-Semitic?”

Consider how septic the Walking Dead world would be! Can you even drink from a stream which doesn’t wash through thousands of corpses somewhere? Re-learning the basics would keep them busy for years.

The only moment I clearly remember from Season Two (the season that my sister-in-law refers to as “the farm where plot goes to die”) was the time they found a rather bloated zombie stuck in their well, and tried to extract him without further polluting it… and failed rather spectacularly. 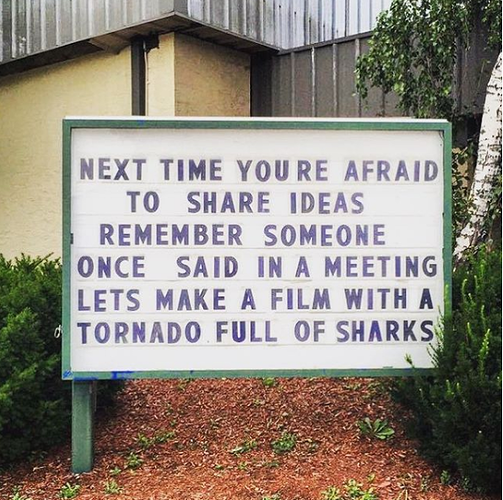 How would “zombie crime” work? Like, would zombies plan jewel heists or bank robberies? Or would some poor innocent zombie get framed for a string of vampire attacks? Would police interrogate suspects using some kind of “good cop, zombie cop” routine?

That time was easily the series at its weakest. So much of it was laughably stupid, or just grindingly tedious. Unfortunately, horror as a genre suffers badly from a tropescape of people making exceedingly poor decisions to advance what little plot there is. The well business ranks up there in incredulity with the time Lori swerved her car to avoid hitting a zombie and somehow flipped her car over.

I think that they got closest to this in IIRC season three, with attempts at agriculture and illness which was not directly related to zombies - real survival challenges. Of course various reset buttons meant that those were no longer factors after that season’s resolution. I finally gave up on TWD about a year ago, more out of apathy than disgust, despite having seen some gradual tightening of focus and attempts at characterization.

Zombie apocalypse with no zombies. 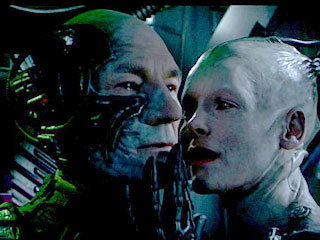 Star Trek came up with the Borg because the suits decided this was too gross: 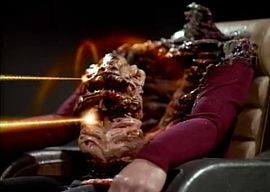 The borg are kind of scary, though. But I can see the zombie parallels (though I never really give it much thought before).

Like, would zombies plan jewel heists or bank robberies?

Dead Heat is a 1988 American action comedy horror film directed by Mark Goldblatt and starring Treat Williams, Joe Piscopo and Vincent Price. The B movie is about an LAPD police officer who is murdered while attempting to arrest zombies who have been reanimated by the head of Dante Laboratories in order to carry out violent armed robberies, and decides to get revenge with the help of his former partner. Detectives Roger Mortis and Doug Bigelow are called to the scene of a rather violent jewelry...

“Solve a zombie crime of the week”.

How do -I- fail upward like this?
I have known many, many talented writers, screenwriters, directors, producers who strive in obscurity. And then there’s this turd, here.

Watched a few episodes of Last Ship, non zombie apocalypse, before deciding it was too dumb. Way too much macho bullshit and bad science. Revolution was just too dumb for words. When they destroyed the last operational steam locomotive on earth as a throwaway, I couldn’t take it.

How about A Canticle for Leibowitz, The Series? I’m sure some exec would say “sounds too Jewish”.

Yeah, it’s happened more than once where just as things start moving in an interesting (yet inconveniently less-gory) direction, a season’s arc gets redirected. And a few too many horror tropes get explored that don’t really mean anything or add anything. The Terminus resolution: who thought that having a settlement turn cannibal was a remotely sustainable solution? I bet somebody here could figure out this answer: how many parties of ten would you have to kill to keep a settlement of twenty in Donaldburgers for a month? Unless you want to starve like a zombie, I don’t think turning cannibal is anything but an option of absolute last resort. But, y’know, it’s Super Scary, so let’s go for it.

I think the show is at its best on those occasions when it tries to realistically imagine what such a post-apocalypse might actually be like. But like you say, those threads never last. But I still like the show.

To be fair, I think the zombie crime procedural i-Zombie is quite a charming show - but in that case the zombie is the detective…

The raw amount of hope on that show is painful to watch.

You think so? I think the characters are interesting, the reason for the zombification is interesting, and the stories stand enough on their own, but there is an overreaching arc. All of which keep me coming back…

We could make a game of reinventing other shows.

The borg are kind of scary, though. But I can see the zombie parallels (though I never really give it much thought before).

There’s one way I find them to be scarier than zombies: in Walking Dead, it’s a virus that re-animates a corpse. With Borg, they lose their individuality but are still alive and more or less conscious. They took it in a super-creepy direction in Voyager a couple of times. It’s not the most popular opinion of the Borg, that they’re techno-zombies, but imho First Contact is a zombie movie, and it’s an opinion allegedly shared with at least one Paramount exec.

Mork and Mindy is good, but let’s make it a tense family drama.

Not gonna lie. Would watch this.