New trailer for live action Pinocchio is fantastic. No lie.

What’s this? PoC in my disney remake? I’m cautiously impressed.

Looks to me like most of characters and sets are animated, though.

From the previews this seems like a pretty faithful scene-for-scene remake of the original, and I truly don’t see the point when they do that. The character design looks nearly identical which is super distracting with characters like Honest John that would fit better in a traditional cartoon.

The new Pete’s Dragon movie mixed it up quite a bit from the original, and the new Jungle Book movie deviated at least a bit from the original as well while still paying tribute to it. But maybe after the disappointing box office for the Dumbo remake they’re reluctant to try doing anything that’s very different from past successes.

From the previews this seems like a pretty faithful scene-for-scene remake of the original, and I truly don’t see the point when they do that.

Yeah it reminds me of the 1998 remake of Psycho. Why go through all that trouble to reenact a perfectly good movie that already exists?

i totally forgot they made a new Pete’s dragon movie. It didn’t even cross my mind when I saw Elliot in the return of the electric light parade this year… Which maybe gives me hope for the future when I’ll forget this one too. Ha!

Seriously though I find consolation in the fact that every time they do this my gut reaction is they are ruining the original, but the new ones often lose steam the the original sticks around. Think about the Willy Wonka films. People still love the gene wilder one and still sing the songs from it. People still watch the original beauty and the beast animated film in spite of the new one’s star power. If the original was a classic people will still go back to it and it won’t go away and if the new thing sucks, it will be quickly forgotten.

I do wonder about the timing of this stuff. Like did disney hear about the Guillermo del toro one and rush this thing into production? Seems a little suspicious timing, and a bummer for the newer more inventive version.

There’s more than one Blue Fairy in the Disney canon though. Remember Merryweather from Sleeping Beauty? 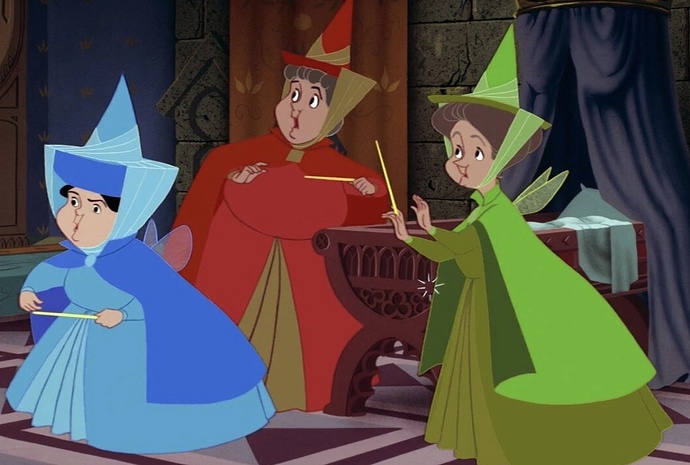 Maybe “Blue Fairy” is a job title akin to “Green Lantern” and there are actually thousands of them stationed throughout the galaxy granting blessings in the name of justice. Or maybe one defeated the other and assumed the title like how Gandalf became the new White Wizard.

No, that’s a blue fairy.

There’s more than one Blue Fairy in the Disney canon though. Remember Merryweather from Sleeping Beauty?

There are a few others as well. 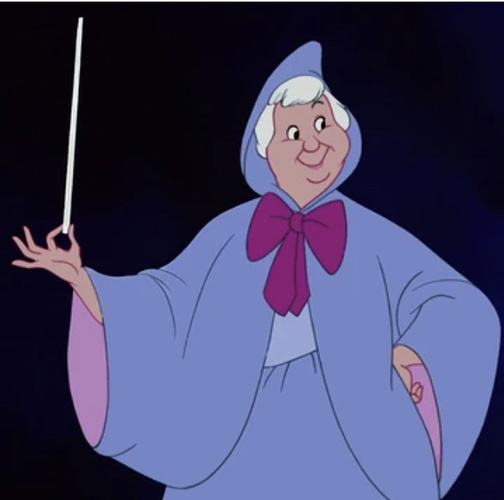 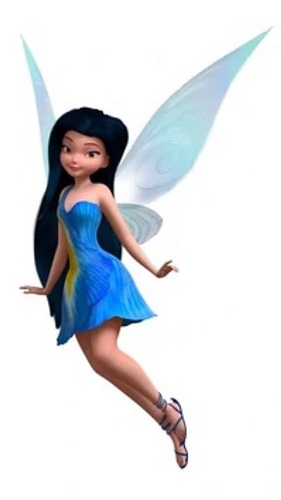 No, that’s a blue fairy.

I can’t help but imagine this line spoken by Paul Hogan. 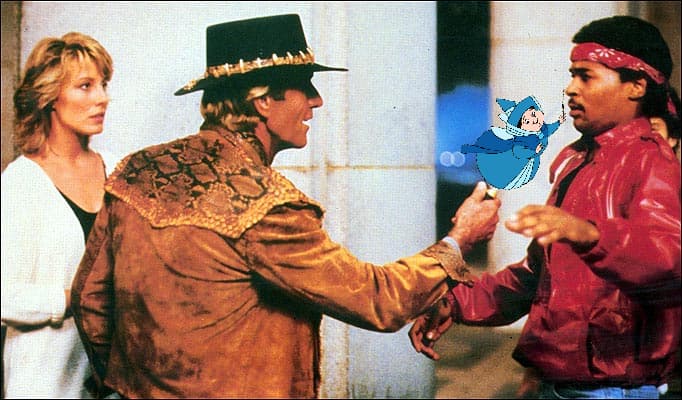