That one is pretty brazen. A certain amount of inflating or deflating the value of real estate depending on whether you’re talking to the IRS or the banks isn’t uncommon, but lying so brazenly about something like the objective size of the property takes it to another level entirely.

Vlad will have to give him a little dacha to escape to.

Maybe a few left in the blast zone.

@RonFilipkowski
I think he just has a template for these and fills in the names. https://t.co/fFE45aTJnt 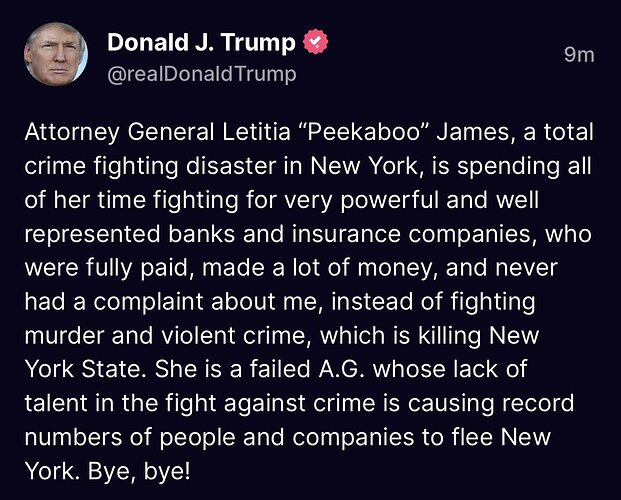 my response to his truthee would probably be:

“remember all the people in new york who died because of your covid response donnie?”

The thing I give Trump credit for is being a master of the court system, making it unappealing to go after him for anything - it never ends.

a… special master perhaps? really though don’t give him too much credit. that’s his lawyers and his father’s money. he wouldn’t know a law book from a phone book

to dodge the other charges he’s going to need to do something really off-the-wall, like issuing an executive order turning New York state into an unincorporated territory like Puerto Rico.

or try to incite his followers - including those in law enforcement - to violence. that’s the one i worry most about

Anyone going to bet which of them will turn on the others first?

Eric - probably too dumb; but Jnr and Ivanka are so self-centred that I could easily imagine them running straight to the prosecutor to cut a deal.

And of course, Waddles himself would sell his children down the river in a heartbeat if it looked like things were going badly.

However, they’ll just register their scammy businesses in Delaware or Wyoming or Florida. In any case, glad to see the various AGs and committees keeping up the pressure on this family of grifters.

That can be an expensive proposition on its own, especially for an existing business with national and international holding. Plus, odds are good they will mess up their paperwork at least once.

He can pardon himself on the federal crimes as soon as he gets re-elected, but to dodge the other charges he’s going to need to do something really off-the-wall, like issuing an executive order turning New York state into an unincorporated territory like Puerto Rico.

Both of those steps are equally valid - as in, neither is at all valid by any stretch of the imagination.

“Let’s move on.” With that, I feel like the anchor’s next words must have been (for the sake of irony) “In other news, President Trump held a rally where he reiterated his statement that the 2020 election was stolen from him.”

but to dodge the other charges he’s going to need to do something really off-the-wall, like issuing an executive order turning New York state into an unincorporated territory like Puerto Rico.

Wall it off, like in Escape from New York? Kurt’s getting a little too old, but maybe we could get his son Wyatt to pull a reverse Escape and (in the hypothetical situation where Trump was elected) drag the President back into the prison of New York.

And of course, Waddles himself would sell his children down the river in a heartbeat if it looked like things were going badly.

The indignities that pig has been through. 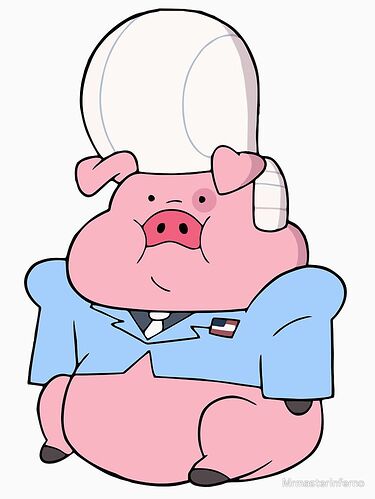 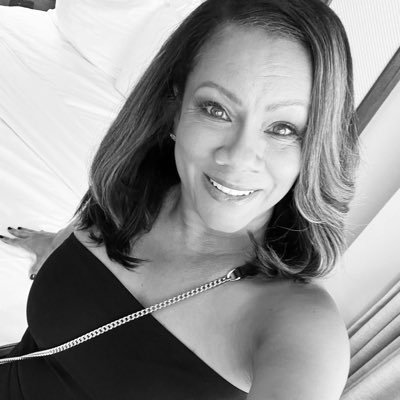 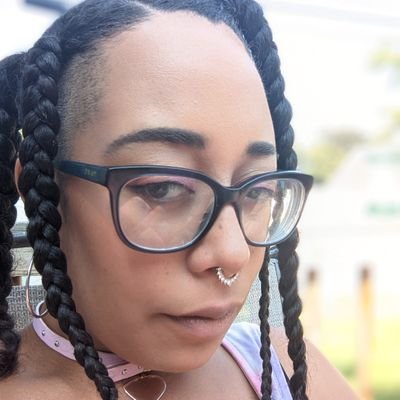 I’m somewhat surprised they let it run that long, to be honest, or even that they covered it at all.

@nayana_gor
Raise your hand if you forgot Tiffany Trump even existed until she didn't get named in her family's fraud suit. ✋✋✋✋

Put your hand down Donald. 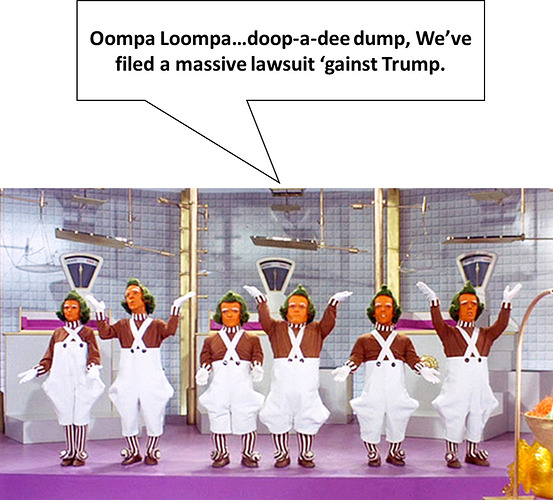 I wonder if an AG win here will encourage Trump’s conga-line of bilked contractors (intimidated out of pressing charges) to come forward and file suits.

They’re going to blind him? Even I think that’s going too far. 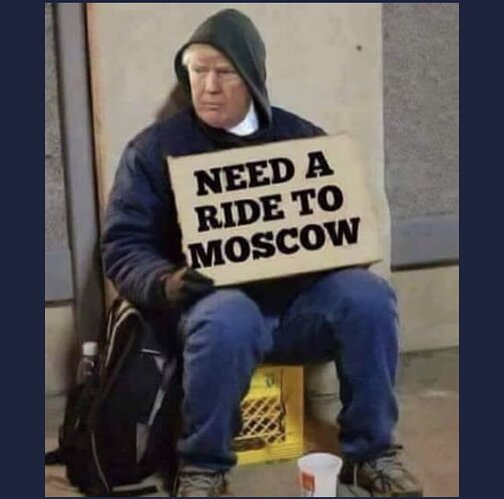