Nikon reportedly moving away from SLRs

As a longtime Nikon guy (I have an F and and F2) this is kinda sad, but I get why it is happening. And I am the same way–I still shoot film sometimes, but when I do, I’m more likely to get out the Hasseblad or the Fuji 690, or if I am feeling really ambitious, the Wista VX.

I better update my work horse D90 while I can. That thing is a tank and has taken a beating over the years. I was kicking around mirrorless but I have some great F mount lenses that I really don’t want to replace.

A couple of those F mounts came from that time I had a film camera.

The oldest I have is a Retina Reflex from the late 50s, that hasn’t seen a roll of film in decades. It was my dad’s, lots of family slides from that thing.

I rarely take my dslr when traveling anymore because my latest Pixel has a great camera but I still occasionally shoot events for money and they like to see a beefier camera when they’re paying.

But I do like having new cameras so who knows what I’ll get next.

I was kicking around mirrorless but I have some great F mount lenses that I really don’t want to replace.

My D850 plays pretty well with my older Nikon lenses, except the very oldest ‘Pre-AI’ lenses. Any lens with the AI ring should work okay.

My D850 plays pretty well with my older Nikon lenses, except the very oldest ‘Pre-AI’ lenses. Any lens with the AI ring should work okay.

Some of my lenses have the built in focusing motor some do not. That’s why I originally bought the D90, it had the focusing motor built in so it could use more lenses and still auto focus.

I’ve considered something like the D850 but mirrorless seems like the path forward if I still want to stick with an interchangeable lens format. And I do.

Just have to convince myself.

After making photos, processing and printing my own through high school and college, I “took a break” from photography for a couple of decades. Early digital cameras were awful but the camera in my iPhone 3GS was better (but not by much). The iPhone 5’s camera is what got me seriously paying attention to digital camera systems. When I decided that I’d like to have a “real” (digital) camera again I started looking at Canon consumer systems like the “Rebel” T6/T7. I have a small collection of Canon FD lenses and when I discovered that “mirrorless” cameras were an excellent platform for adapting old MF lenses a DSLR was no longer a consideration. I wound up buying a used Fujifilm X-T1 because it was well reviewed and its fantastic manual controls. DSLRs are really just new tech stuffed into an old paradigm. That said, I still love my Canon AE-1 and T90 cameras and still use them regularly.

I better update my work horse D90 while I can

I just did that for my Olympus kit (I just bought the last SLR they produced in 10ish years ago) to keep my hobby lenses from the 35mm and dSLR days going for another 10 years. It was fun to get an upgraded body, cheaper than starting over, and I didn’t need to learn a new system.

I force myself to take it out, the phones produce great photos, but I find an SLR nudges me to think more about composition. Also I have a better array of focal depths and apertures to use.

The technology of both sensors and displays has advanced to such a level that looking at an LCD or OLED screen is technically superior to looking through a viewfinder with your eyeball. There really is no reason other than nostalgia to hold up that huge lump of metal and glass to your eyes any longer.
I personally love the feel of my F2, but I have absolutely no desire to carry it anywhere when I can take amazing pictures with my phone.

I still have my D7000 that I bought a decade ago. Works great, but I really don’t schlep it around on vacation anymore, it’s too much. I took it on a roadtrip in 2020, but hadn’t taken it anywhere in a long time and haven’t since as well.
I have a friend that is a semi-pro photog and he switched to Nikon mirrorless.

I still love mine, even if it’s been sleeping for a couple of years now. Need to replace the grip and clean it a bit but it’s not retiring anytime soon.

Though I do like some of the new mirrorless ones too. If I can port my lenses over, all the better.

There really is no reason other than nostalgia to hold up that huge lump of metal and glass to your eyes any longer.

I don’t need a through the lens viewfinder but I do need an EVF. I hate trying to look at a screen in direct sunlight and I can steady a camera better held the old fashioned way.

My customers have never asked to be photographed with mirrorless over mirrors, I will happily buy used dslr bodies until I’m no longer shooting.

A camera is ultimately a tool - and one that will continue to work for a time whether or not the company that manufactured it is still manufacturing similar models. Whether Nikon or Canon continue to make DSLRs, it doesn’t render those ones that are in use inoperative.

I’ve got a newer Pentax KP SLR that does the job well and have invested enough in some nice glass to enjoy taking it out for various occasions or trips. Pentax are taking the approach that perhaps they can carve out the SLR niche, in the same way that Leica carved out their (luxury) rangefinder niche. If you enjoy photography, go capture light! 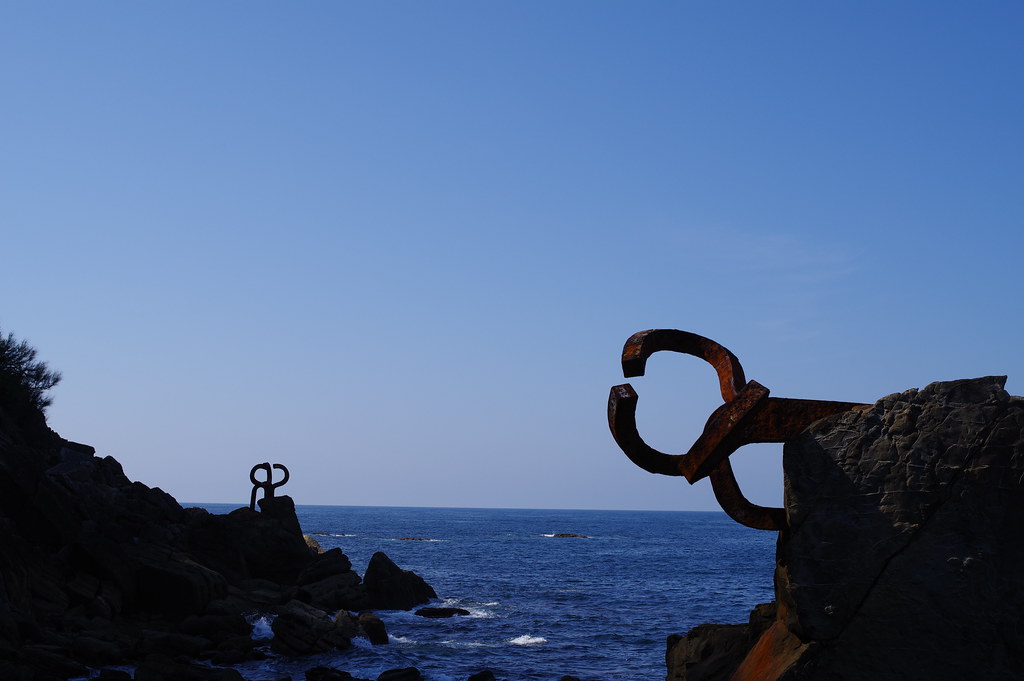 I got my D7000 in part becaue I wanted to use the cheaper AF and AF-D lenses (including a 300mm f/4). I’d lose that if I upgraded to a Z series. My only vaguely impressive AFS lens is a 40mm micro.

Yea, there’s an adapter and should work fine as pretty much all the newer lenses have AF motors built in.
The D7000 is a great pro-sumer camera.
I’m not sure what I might get for future travel, but likely something smaller and mirrorless.
As awesome as the newest iphones are for taking general photos, there are some things I would prefer to have a real camera for in the future.

No idea what any of youse is talkin about 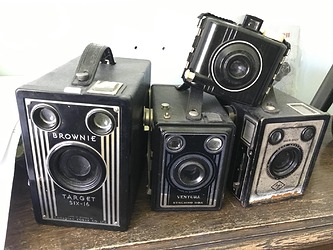 (Whips out iPhone 8 to snap some old friends.)

The technology of both sensors and displays has advanced to such a level that looking at an LCD or OLED screen is technically superior to looking through a viewfinder with your eyeball. There really is no reason other than nostalgia to hold up that huge lump of metal and glass to your eyes any longer.
I personally love the feel of my F2, but I have absolutely no desire to carry it anywhere when I can take amazing pictures with my phone.

The article is about Nikon shifting to mirrorless. While technically not a SLR neither are they talking about phones. Mirrorless gives the same functionality in a smaller package, but it’s still interchangeable-lenses, not just a phone.

I do not find a phone remotely adequate as a replacement for even the bridge camera I typically hike with, let alone my D7500. The easy shot at close range, yes, I’ll likely use my phone even if I have the good stuff with me. If it’s not an easy shot or I need zoom range, forget about the phone. Wildlife will almost never let me close enough for the phone, my bridge camera has 25-600 effective although going past about 300 becomes very difficult without a tripod and a stationary target.

When I first went digital, I purposely switched to Nikon from Canon (had 2 AE-1 Programs with lots of nice glass) because historically, Nikon NEVER changed their mounting rings, so old glass could work on new cameras. I love my D700 and the only reason why I am not sobbing about the transition to 100% mirrorless is at least there is a converter that allows one to mount F ring lenses on the mirrorless Z camera bodies (for when my DSLR gives up the ghost…hopefully a LONG time from now).

Yes, the D700 is pretty heavy to tote around, but I am used to it and treat using it like a workout.

Whether Nikon or Canon continue to make DSLRs, it doesn’t render those ones that are in use inoperative.

That’s true and why I continue using a camera close to 15 years old.

But if new ones are going to be hard to come by I need to decide which system I’m going with. If I keep my lenses I’ll need a new body while they’re still available, if I go mirrorless I’ll use my dslr until it drops.

There’s always used but I’d rather go new in the box so I can peel off the protective film, it just does something for me when spending that kind of money.

Seriously. My first serious camera was mirrorless and after a couple of frustrating years, I ended up buying its add-on EVF. Best upgrade, must have.