No one is hankering for Starbucks' non-fat vanilla soy NFT

Originally published at: No one is hankering for Starbucks' non-fat vanilla soy NFT | Boing Boing

Just in time to get in on the NFT market crash!

Yeah, Starbucks really missed the mark with this one. On a brighter note, over 200 Starbucks stores have unionized in the past year. That’s incredible! Starbucks union passes 200-store milestone | Nation's Restaurant News

First of all, I think NFTs are utterly idiotic, for multiple reasons that are so well-known as to be not worth restating.

However, this isn’t as dumb as it appears at first blush.

Some here will remember that Starbucks used to have a not dissimilar program in the app, with a virtual gold card that entitled holders to perks. This was before NFTs were a thing. This program has since been discontinued.

The Starbucks app actually has fairly decent gamification, and the rewards are solid if you do it properly (especially when combined with coffee that’s expensed.)

The main complaint I have with NFTs is their false premise of ownership thats easily subverted.

In this case, tying the ownership of a “unique” digital asset to perks for a frequent consumer is actually worthwhile, and doesn’t necessarily fall into the same stupid trap other NFTs do, especially if said asset isn’t purchased, but simply earned by aggregate spend. It’s just another form of badging in a gamification scheme, and sort of nifty if the digital badge is actually unique.

(you can directly equate this to badging or status on a bulletin board or comment system, except the earned status actually gets you something.)

I think it’s a reasonable idea, as long as they aren’t actually selling these things, in which case I will go back to my general opinion that NFTs are for idiots.

I feel that this will be the new premium prize that costs them little to give away for their online games. Why give away ★stars★, that have some partial equated value to a real world item that Starbucks sells. Crackerjack has already downsized their prizes to a shiny piece of paper that has added value if you use the Crackerjack app to see it in Vͮiͥrͬᴛⷮuͧaͣl Rͬeͤaͣliͥᴛⷮy (1950s gimmick cinema announcer voice), making the image on the paper seem
██████╗░██████╗░
╚════██╗██╔══██╗
░█████╔╝██║░░██║
░╚═══██╗██║░░██║
██████╔╝██████╔╝
╚═════╝░╚═════╝░

My favorite coffeehouse/roaster was just sold to a local chain. I went there because their menu had 3 prices- coffee without milk, coffee with milk, and speciality drink at MP, market price. Espresso, Americano, etc one price. Oat milk latte, macchiato, etc… second price. Iced nitro cascara tea- market price. They had a 3 item menu, black, white, MP- it was a refreshingly simple and they roasted all sorts of great single source coffees from around the world.

Well this has me motivated to drink some coffee while designing my own infinitely recursive NFT that will gobble up processor time and bandwidth and cloud resources, temporarily bricking the computer that views it.

How long till cereal boxes have free NFTs inside?

Ugh. I sincerely hope they don’t equate actual value to the NFT itself, but rather use it as an indicator of status or ability to access real world perks. Your idea, while cynical, is probably all-too realistic, sadly.

Some here will remember that Starbucks used to have a not dissimilar program in the app, with a virtual gold card that entitled holders to perks. This was before NFTs were a thing. This program has since been discontinued.

The existence of the old virtual gold card belies the premise of having an NFT version of it at all. It’s Starbucks – any value beyond the NFT trading value that the thing has emerges entirely from the relationship between the thing and Starbucks as a corporate entity – Starbucks as an organization needs to choose to support any promised benefits or features that ownership of the thing affords. In this respect any Starbucks NFT that includes “perks” is exactly functionally identical to something like the virtual gold card.

The only additional feature that an NFT offers is open-market pricing and trading, which Starbucks doesn’t derive any actual value from. And since Starbucks needs to play a role for the thing to have its intrinsic value, there’s no reason that a non-NFT version of this couldn’t be made transferrable with Starbucks as the steward.

You don’t need permissionless trust if the thing’s only intrinsic value comes from its relationship to a central entity.

Yep. Agree with your entire point. This doesn’t need to be an NFT at all, but if they are using it as a new substitution to resurrect the old gold card program, I’m fine with it.

The thing is, this does open up a potential secondary market!

Let’s say that these nfts are minted based upon achievement rather than purchase. It is eminently possible, if someone does indeed earn one and it’s actually blockchain registered vs simple digital badge - they could re-sell it to someone that wants the benefits without doing the underlying work.

Of course, the pessimistic approach says this then just becomes a membership program (since Starbucks likely wants to control all monetization, and sell the “NFT” vs granting it) and, to your point, the NFT is wholly superfluous.

Okay. I admit I was drunk when I read this but it didn’t make any sense sober, like all the other blockchain stuff I’ve been reading for years, where people made sudden fortunes until suddenly they didn’t, and lost their password or hard drive or something. Oe maybe hackers ripped off the entire exchange bank (bourse?)

If you go to a Starbucks would you prefer a coffee or an NFT of a coffee?

I don’t see how this is good for Starbucks though. If I have a bunch of points on my app, and I die/go to prison/move to Antarctica/decide I hate the place, those points become useless. Meaning Starbucks doesn’t have to redeem anything. If I sell the perks, they’ll have to give free coffee to someone else who may not have any intention of coming back.

I sure hope they don’t adopt NFTs, cause as soon as they do, every last other company is going to want to try it. And it won’t be cheap. I’ll have to say “no I don’t want your damn nft,” along with “no I don’t want your store credit/loyalty card/newsletter” ad nauseum nearly everywhere I go.

If you go to a Starbucks would you prefer a coffee or an NFT of a coffee? 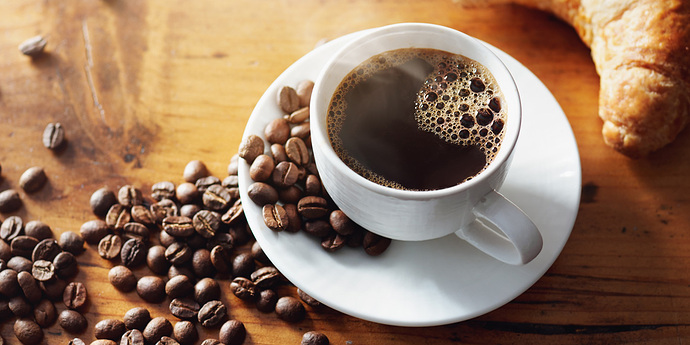 Coffee drinking is largely unrelated to psychological well-being, according...

Many coffee lovers would tell you that staying well caffeinated is a key component of their happiness, but is drinking coffee actually positively related to wellbeing? A study published in PLOS One suggests that heavy coffee drinking can actually be...