I think even then it would be counter-productive, as there will always be a double standard at play, some (increasingly inconsistent) reason why one book will stay and another will go.

When the person from The Ledger article Mindysan33 linked to earlier in this discussion was asked about the Bible and Shakespeare they didn’t even bother to play the double standard card.

“I’m not going to go into that with you,” Nelson said. He became irritated when it was pointed out that the Bible and William Shakespeare plays contain rape, incest and adultery, and asked if he wanted the Bible or Shakespeare removed, too.

“It makes no difference to the story,” Nelson said. “You want to paint it in that light. You want to twist things.”

When asked where the line was between what was acceptable and what was not, Nelson said, “I don’t know where I can necessarily define that for you. When you know something’s wrong, you know it’s wrong. … No one has suggested banning Shakespeare. Our issues with these books are clear — Shakespeare’s not on the list.”

Start advocating for banning the bible, and that might get their attention.

several of them would probably counter by saying “the liberals have already banned the bible!!!” which would be a surprise to many teachers in texas who teach classes dealing with the bible at the high school level.

I’d like to think it would work to wake people up, but it would not.

Yeah, I’ve been seeing a lot of that lately, when people point out the double standards of these censoring educators/legislators/school boards - they simply deflect that this other book being brought up isn’t the topic at hand and should be discussed at some other time (which never comes).

Speaking as a parent who really does say things like Heavens to Betsy and Holy Moly instead of conventional swear words, I know that my children were hearing real swear words from, well, probably preschool (at least occasionally). They’re words, and they get used. Children already know them. If you think they don’t, then you’ve confessed to being at best a neglectful parent.

But as we all know, this isn’t about swear words. Because there’s one swear word, at least, that they’d be perfectly fine with. If they’re not allowed to say that one, then no one gets to read anything truly education. So there! 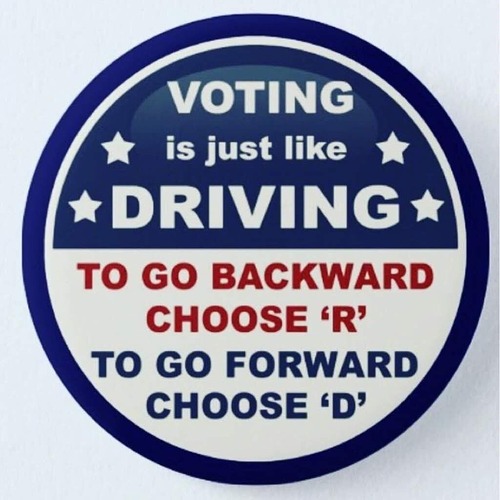 I guess I’m just happy that these dipshits trying to ban books right now are so stupid and transparent.

With minimal effort they could try to give themselves some ideological cover. I’m sure there are school libraries with Piers Anthony, Orson Scott Card, Dr. Manhattan’s dong, and any number of beat authors that they could try to ban first that could provide some precedent for trying to go after their actual targets.

But nope, they are so stupid, racist, anti-semetic and homophobic that they are going straight for MLK, Toni Morrison, Maus and LGBT books.

Meanwhile, these pearl clutchers are all the assholes who shout “Let’s Go Brandon!” at the top of their Neanderthal lungs.

I use “Oh Sugarlumps” instead of "oh shit. I’ll also say “Mother Goose”, or “Mother of Pearl” instead of Motherfucker. Good Gravy is another go-to of mine

But I’m happy to call someone a fucking reprobate if they deserve it.

In tenth grade English class, we studied Julius Caesar. Not wishing to carry a bulky anthhology around, I swapped it for a slimmer volume. And, so, in the usual fashion, we were assigned parts and proceeded to table read the script. As Casca, I read my lines, and was met with confusion. It was then that I discovered some lines were abridged out of the anthology.

Shakespeare is not in copyright; the board is free to bowdlerize Shakespeare. If you read the minutes, they wanted to edit Maus-- and copyright intervened.

The digression about dairy farming confused the hell out me.

Where’d ya get those peepers?

Hey, you started it!

I’ll also say “Mother Goose”, or “Mother of Pearl” instead of Motherfucker.

The TV edit of Repo Man had some wonderful ones. “Flip you, melon farmer!”

Joke I heard traveling through the Midwest

Q: How many Hoosiers does it take to screw in a lightbulb?

A: We don’t say “screw” in Indiana

Very much true. I suspect that the writer in Stephen King went for the shock value. What should have been said was “more important than…” and emphasising that doing what the banners are trying to ban is more effective than complaining.

It’s from an essay “I want to be Typhoid Stevie”, reprinted in full here. https://files.eric.ed.gov/fulltext/ED414606.pdf

He thought that parents should be able to challenge books, but only if they could write an essay arguing that the book had no redeeming value, and if they didn’t get their marching orders from the Moral Majority.

Christ what a sentence in that article: 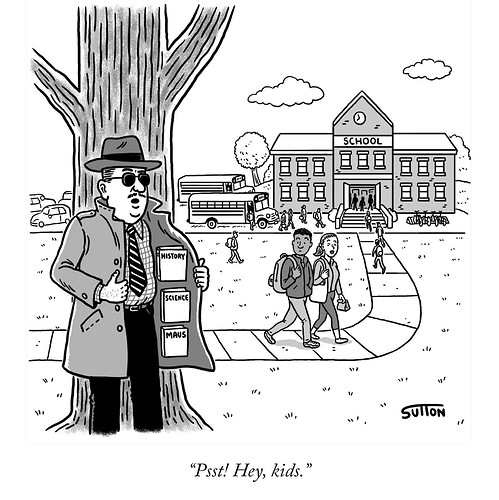